Psychiatric researchers at UCL are working with the Metropolitan Police and local branches of mental health charity Mind, to trial a new intervention aimed at reducing the distressing psychological outcomes, known to be prevalent among older victims of crime. 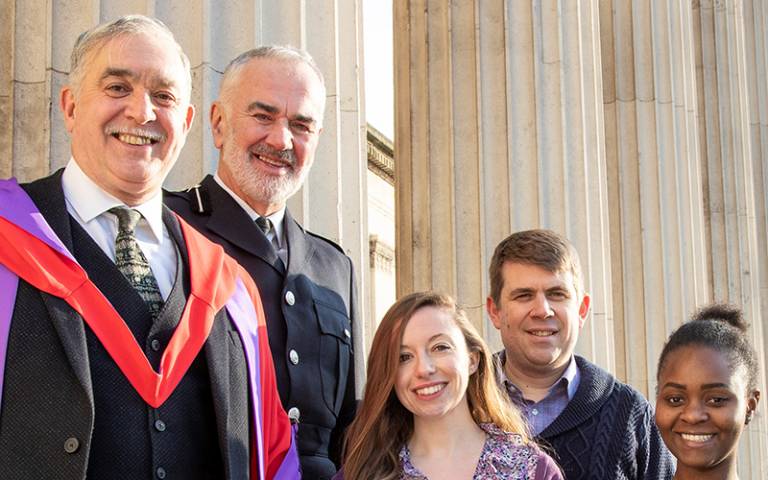 Early results from the study, funded by the National Institute for Health Research (NIHR), suggest that close to one in five older victims of crime continue to experience distress three months after the incident, with continued depressive or anxiety symptoms.

“Victims of crime are often deeply affected, and the crime can trigger mental illness for some people. Older adults are often more vulnerable, partly due to social and physical problems associated with old age, but there isn’t enough data on just how common crime-induced mental health issues are for older people,” said the trial’s principal investigator, Dr Marc Serfaty, Associate Professor, UCL Psychiatry.

Being the target of a crime can be devastating, particularly for older people; one small study found that older victims of a burglary are 2.5 times more likely to die or move into a nursing home within a year of the crime.*

Officers from the Metropolitan Police’s Safer Neighbourhoods Teams are now meeting victims over 65 years of age who have been a victim of a crime, across nine London boroughs, within one month of the crime to screen them for significant distress.

If people are identified as significantly affected by the crime, officers will provide them with information about how to seek help, such as advising a GP visit. Three months later, a UCL researcher will contact them to see what type of help they have sought, and to assess whether their psychological distress has subsided or persisted.

Those who continue to experience psychological distress are invited to participate in the randomised controlled trial. Participants either receive usual care (mainly GP support), or usual care plus the Victim Improvement Package designed for the study, which consists of up to ten sessions of talking therapy using a newly designed cognitive behavioural approach, provided by a therapist from local Minds across London over three months.

The UCL research team will be assessing the participants after the treatment intervention to see if their symptoms of depression or anxiety have improved, and will also be researching which factors make people more vulnerable to the impacts of crime.

An earlier pilot study with 26 participants found that the approach did appear to reduce distress, so the team now aims to recruit 230 people to confirm the findings. So far over 2,900 older victims of crime have been visited by the Safer Neighbourhood Teams, more than 1,100 have been identified as being significantly affected at the time of the crime and over half of these continue to be distressed. 86 people have begun the trial.

If the trial proves to be successful, then the project leads hope to follow up with a national rollout of the programme.

“Many older victims may not always be aware of the impact of crime and may not come forward for help. Whilst many people recover, evidence suggests that for many others, symptoms continue without treatment. Older adults are a particularly under-served group by local services and often do not come forward due to stigma around mental health issues, or from needlessly blaming themselves for being victimised, so it’s important to actively seek out these people to see whether we can help,” added Dr Serfaty.

Gavin Atkins, Head of Community Services at Mind, said: “Being a victim of crime can be one of the most distressing things a person can go through, and we know that for many, it can be a contributing factor in experiencing a mental health problem. Victims deserve support to help them cope after a crime, both practically, and with their emotions. We’re pleased to be working in partnership with UCL and local Minds in London on this important trial.

“It doesn’t matter what age you are, mental health problems can and do affect anyone. That’s why it’s important that we work to reduce stigma, so that older adults feel empowered and know where to seek support after being a victim of a crime. We look forward to seeing the results of this much-needed study.”