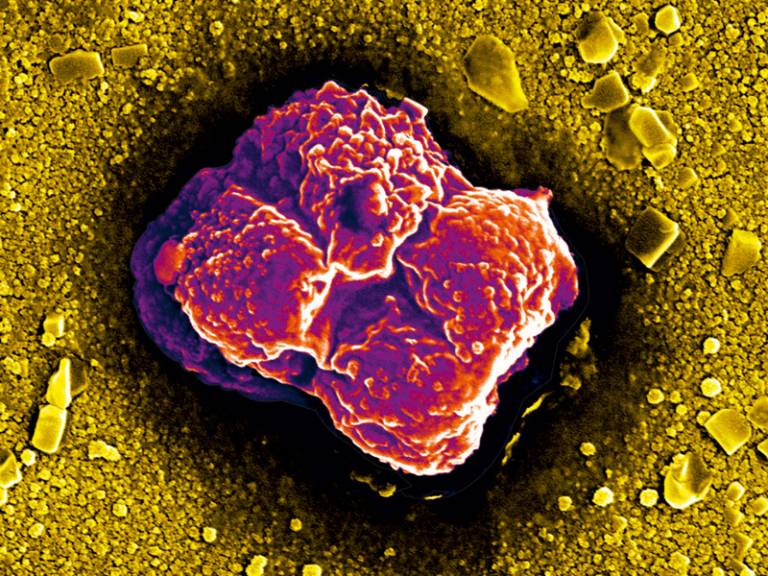 Using a novel instrument, which mimics blood vessel walls, researchers have gained new insights into the physical aspects of cancer migration and have revealed how cancer cells are able to coordinate their invasion to different parts of the body.

The study, published in the Nature journal Communications Biology, investigated the mechanical signals from malignant cancer cells - assessing how the network of cell-surface receptors and signalling pathways control the cell's response.

"We found cancer cells take advantage of a high number of cell-surface receptors, helping them to coordinate their migration through narrow blood vessels by forming a continuous network of cancer cells just like an interstate highway," explained lead author Dr Joseph Ndieyira (UCL Division of Medicine).

"Incredibly, the high number of receptors also enables them to interact more strongly with the environment around them, such as with a blood vessel wall, so that they can powerfully push through blood vessel walls into surrounding tissues."

"Cancer cells can exert up to 200 times as much force, to push through weak parts of blood vessel walls and narrow capillaries," Dr Ndieyira added.

"Until now it wasn't clear about the impact of mechanical forces on the migration of cancer cells, but our study suggests that the forces they generate can actually help them to co-ordinate migration to different parts of the body irrespective of the microenvironment."

The study involved researchers from UCL Division of Medicine, the University of Alberta and Chapman University, Irvine, California, and was funded by the Engineering and Physical Sciences Research Council.

The novel nanosensor used during the study was developed at the London Centre for Nanotechnology at UCL, and could potentially give a far greater understanding of how cells in the body communicate with each other and may help to identify how we can tip the balance in favour of healthy cells even when they are outnumbered by cancer cells.

Prior research in this area has focused on the techniques like polymerase chain reaction (PCR) to identify inappropriate over-expression of oncogenes; however, the new nanosensor can quantify mechanical signals that enhance the efficacy of cancer metastasis.

The researchers also found that cancer cells are able to recognise and distinguish other cancer cells with a similar structure, even when surrounded by a much larger number of normal healthy cells.

"Cancer cells are also good at clustering, which fundamentally changes how they exert forces on the surrounding tissues," said Dr Ndieyira.

"When two or more clusters dig into a membrane surface they push apart from each other, propagating the forces over both short and long length scales. Remarkably, we found that the large number of receptors at the cancer cell surface actually encourages clustering enabling malignant cancer cells to be even more effective."

Professor Massimo Pinzani, Director of the Institute for Liver and Digestive Health, (UCL Division of Medicine) commented: "The mechanisms described in this paper add a very original insight in cancer biology using a 'physical' perspective in cancer cell dynamics which for a long time has been lacking and this aspect should now be considered when designing targeted anti-cancer strategies."

The discovery opens novel strategies to prevent cancer spreading: specifically to target metastasis, by developing particles that attach to cancer cells to cover their anchors and form cushion to dull the force.