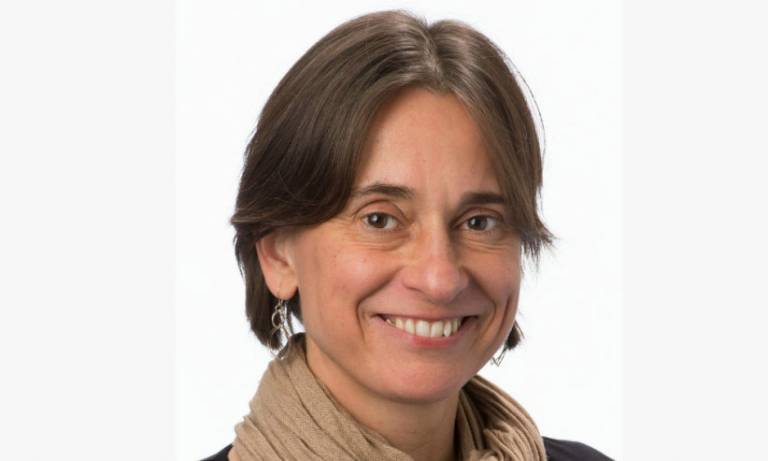 Professor Ruhrberg joined the UCL Institute of Ophthalmology as Principal Research Fellow in 2003 and became Professor of Neuronal and Vascular Development at UCL in 2011. She is a Wellcome Trust Investigator and has recently also received the Cheryll Tickle Medal from the British Society for Developmental Biology (BSDB).

The Judah Folkman Award recognises outstanding contributions from mid-career vascular biologists. It is named after Dr Judah Folkman, an American scientist who founded the field of tumour angiogenesis research.

Professor Ruhrberg's research team seeks to determine how cells of the nervous and vascular systems interact during mammalian development and in disease, with the goal of identifying molecular targets for therapeutic intervention in vascular disease.

Professor Ruhrberg has pioneered the mouse hindbrain as a powerful new model to identify novel mechanisms that regulate blood vessel growth and blood vessel roles in neurodevelopment. Using the hindbrain model in conjunction with retinal studies, her collaborative research has demonstrated that vascular endothelial growth factor (VEGF) forms gradients that guide blood vessel growth in developing organs and that macrophages act as bridge cells for vessel fusion during network formation. Her team further showed that neuropilin 1 (NRP1) has a dual role in VEGF and matrix signalling in retina vascularisation, and that VEGF signalling through NRP1 helps position neurons and their axons in the developing brain.

Professor Ruhrberg says, "Judah Folkman was a visionary with a contagious passion for medical research. His findings on tumour vascularisation have inspired a generation of vascular biologists, including myself. I am delighted to receive this award in his honour."

Professor Ruhrberg will present the Folkman Award Lecture and receive the award at the 2018 Vascular Biology conference in Rhode Island, USA, on 17th October 2018. The lecture will be entitled "Molecular and cellular mechanisms of blood vessel growth." She will also present the Cheryll Tickle Lecture at the annual BSDB conference in Warwick, UK, on 18th April 2018.