Two-thirds of head teachers believe that inequalities between schools are becoming wider as a result of current government policy, according to a new 'state of the nation' report by the UCL Institute of Education (IOE). 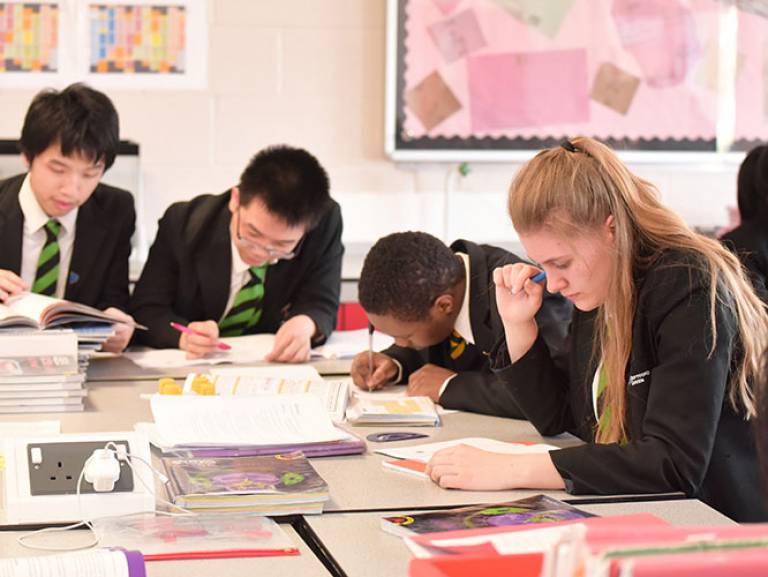 The four-year study, funded by the Nuffield Foundation, evaluated the government's 'self-improving school-led system' (SISS), which has become an overarching narrative for education policy since 2010, making schools more autonomous and accountable for their own improvement.

In order to assess the impact of these changes, IOE researchers Professor Toby Greany and Dr Rob Higham collected case studies from 47 schools across four localities and worked with the National Foundation for Educational Research (NFER) to evaluate the impact of Multi-Academy Trusts (MATs) on pupil attainment and progress, conduct a survey of almost 700 head teachers and analyse Ofsted results over a 10 year period.

The researchers found that despite the government's claims to be 'moving control to the frontline' and giving schools more autonomy, the reality is very different.  Schools are more tightly regulated than ever, facing pressure to get good exam results and Ofsted grades or face being taken over by a MAT. Many schools have felt the need to narrow their curriculum and focus relentlessly on test outcomes in response.

The government has encouraged schools to collaborate with each other to share expertise and to support schools that are struggling.  But the competitive pressures in the system have made this challenging, with schools also incentivised to prioritise their own interests in order to attract pupils and funding.

"The idea of a 'self-improving' system in which schools collaborate on behalf of all children is appealing, but we cannot simply rely on the good will and moral purpose of school leaders to make it work. The problem is that the system is hard-wired to encourage selfish behaviour, because the consequences for schools of a drop in exam scores or Ofsted grade can be so catastrophic. At present we see a chaotic system of winners and losers, with increasing incoherence and a loss of equity as a result," says co-author Professor Greany (IOE).

The research found that the school system has become less equitable since 2010, with higher-performing schools admitting relatively fewer disadvantaged pupils.

Dr Rob Higham (IOE), co-author of the report added: "Lower-status schools frequently face a concentration of challenges including under-subscription, movement of pupils throughout the school year and disproportionate numbers of disadvantaged and hard to place children. These schools were also most likely to report a negative impact as a result of austerity cuts to wider local services for the most vulnerable children, which were previously provided by local authorities."

In a supplementary statistical analysis of MATs, the researchers found there is no positive impact on the attainment and progress scores of pupils in MATs when compared to equivalent non-MAT schools.  There were, however, important differences between MATs of different sizes. While students in smaller MATs (those with two or three academies) tended to perform better than comparator schools, pupils in larger MATs (those with 16+ schools) did worse, particularly in secondary schools.

Commenting on the methodology, Simon Rutt, Head of Statistics at NFER said: "The research undertaken by NFER statisticians and colleagues at IOE involved a complex methodology to ensure analysis was able to make like-for-like comparisons.  This is getting harder to achieve with the increase in academisation and being able to find similar schools that are not yet academised, particularly for the cohort of sponsored schools."

Josh Hillman, Director of Education at the Nuffield Foundation said: "The fact that higher performing schools are accepting fewer disadvantaged pupils suggests increased school autonomy is perpetuating inequality, and that is a major cause for concern. This research reveals the contradictions inherent in an approach that simultaneously encourages self-improvement and collaboration, and yet offers a very narrow definition of success in terms of exam results and Ofsted grades. In practice, schools are incentivised to compete, and that is not always in the best interests of pupils, particularly those from disadvantaged backgrounds."

Her Majesty's Chief Inspector of Ofsted, Amanda Spielman and the National Schools Commissioner, Sir David Carter will be among guest speakers at today's report launch (3pm, 3 July 2018), hosted by The Nuffield Foundation.