Smoking just one cigarette a day carries a much higher risk of developing coronary heart disease and stroke than expected - about half the risk of smoking 20 per day - concludes a UCL-led review of the evidence. 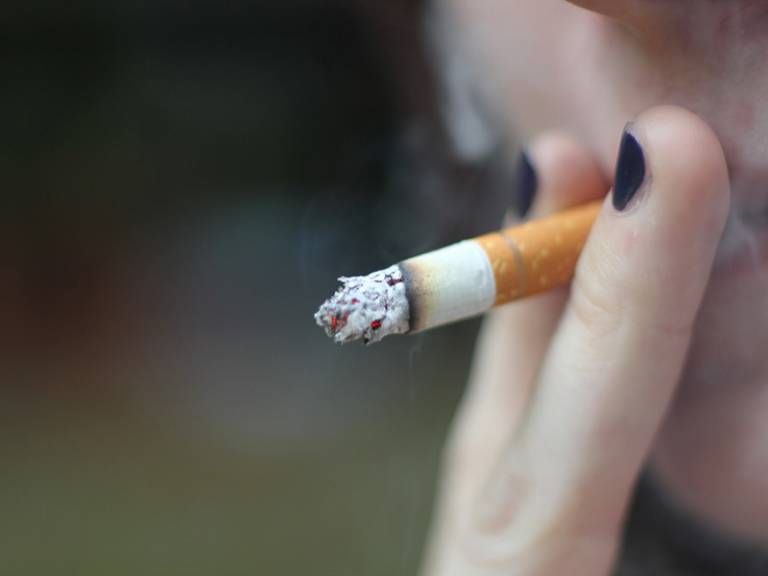 The researchers say their findings, published today in the BMJ, have important consequences for many smokers and health professionals who believe that smoking only a few cigarettes per day bears little or no harm.

"What this tells us is that people who smoke shouldn't just cut down - they should aim to stop smoking altogether. There is no safe level of smoking," said the study's lead author, Professor Allan Hackshaw (UCL Cancer Institute).

Individual studies have reported that smoking only one to five cigarettes per day is associated with a higher than expected risk of heart disease. To investigate this further, the researchers analysed the results of 141 studies and estimated the relative risks for smoking one, five, or 20 cigarettes per day.

Cardiovascular disease, not cancer, is the greatest mortality risk for smoking, causing about 48% of smoking-related premature deaths.

According to a recent Health Survey for England, one in four smokers are trying to cut down but not trying to stop altogether.

"People who smoke less can benefit from big risk reductions for disorders like lung cancer. But we would encourage those who are cutting back to go one step further and stop smoking entirely to reduce their risk of heart disease and stroke - two common diseases," Professor Hackshaw said.

In other terms, when compared with people who don't smoke, women who smoke about one cigarette per day have a 57% higher risk of heart disease and a 31% higher risk of for stroke (or 119% and 46% when allowing for multiple confounders).

For men, the increased risk of heart disease posed by smoking once a day is 48%, and 25% for stroke compared to non-smokers (or 74% and 30%, respectively, when allowing for confounding factors).

"As we have found that a large proportion of the cardiovascular risk caused by smoking comes from just one cigarette per day, we hope that our findings could be used to strengthen public health campaigns and provide increased incentive for people to stop smoking. Smokers could make use of various smoking cessation aids, with positive support from friends and their family doctor. The great news is that much of the risk of heart disease and stroke goes away only a few years after stopping," Professor Hackshaw said.