The prescription of opioid drugs by GPs in England is steadily rising, especially in more deprived communities, even though they can cause complications and adverse effects and have not been proven to work for chronic pain, finds a new study led by UCL and UCLH. 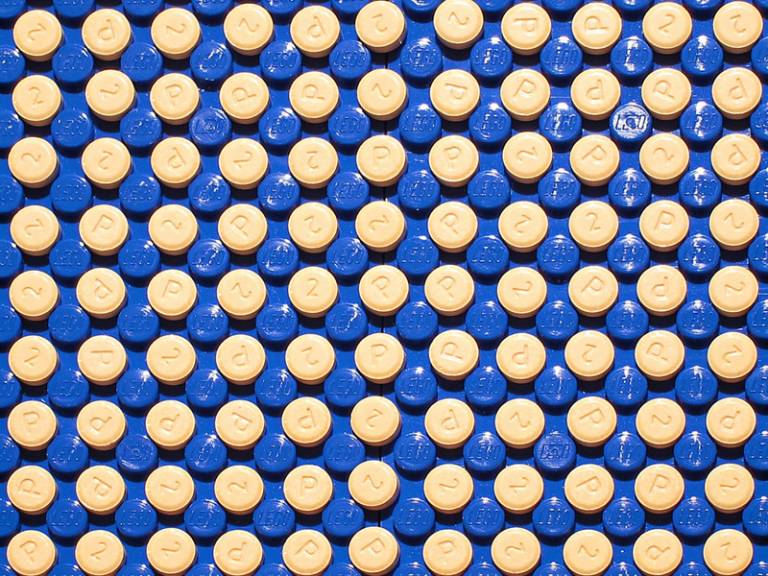 The study, published in the British Journal of General Practice, found that over a 43 month period between 2010 and 2014 there was a rise in opioid prescribing.

It also revealed a north-south divide with nine out of ten of the highest prescribing areas located in the north of England.

"We feel that the most important finding is the extremely strong association between the amount of opioid prescribed and lower socio-economic status. The variation across the country is undeniable and, given the morbidity and mortality associated with this class of drugs, unacceptable," said lead author Dr Luke Mordecai (UCLH and UCL Institute of Epidemiology & Health Care).

He said that opioids were rightly given to people to cope with cancer pain and short-lived acute pain. However, the widespread prescribing of opioids for people with long-term pain was not adequately supported by evidence because opioids have not been shown to be effective in most chronic pain beyond modest, short-term effects.

Opioids are also potentially dangerous, particularly with long term use and larger regular doses, leading to problems such as addiction and abuse, hyperalgesia, gastrointestinal disturbance, immunological dysfunction, risk of fracture in older people and increased mortality.

The US has seen a stark rise in the rate of opioid prescriptions over recent years with tripling in the last decade. In England, Scotland and Wales, deaths attributed to opioids have also increased with nearly 500 in 2001 compared with 900 in 2011.

Despite the risks and evidence that they do not work, the study found that many GPs prescribed them because they thought it was unethical to refuse their patients painkillers. The study looks at the total amount in grams of each of eight commonly prescribed opioid drugs and found a rise in six of them.

The most prescribed opioid drug in England over the 43 months of the study, from August 2010 to February 2014, was tramadol. It is not as weak as over-the-counter codeine but does not have the stigma of the powerful morphine.

The authors call on policymakers to identify the reasons for the variation to enable avoidable harm to be addressed.

They also say there is not enough capacity in the specialist pain service with as few as one in five people with problematic pain having access to specialist pain services, and that only 40% of those services offer best practice in the form of multidisciplinary team assessment and treatment. They argue that good practice needs now to be extended from specialist to primary care.

Guidelines from the British Pain Society and Map of Medicine aim at standardising care for the most common forms of pain, which, if followed could lead to a reduction in opioid prescriptions and an improvement in the care of those suffering pain.

"A national database of high opioid users is essential to identify this incredibly high risk patient population and ensure that they are known to specialist pain services in an attempt to minimise avoidable harm and on-going potentially avoidable escalations in opioid doses," said Dr Mordecai.

The study was led by Dr Mordecai alongside Dr Amanda Williams (UCL Psychology & Language Sciences) and researchers at St Mary's Hospital and the London School of Hygiene & Tropical Medicine.