People over 65 years old may be increasing their stroke risk by taking anticoagulants for an irregular heartbeat if they also have chronic kidney disease, finds a new study led by UCL, St George's, University of London and the University of Surrey. 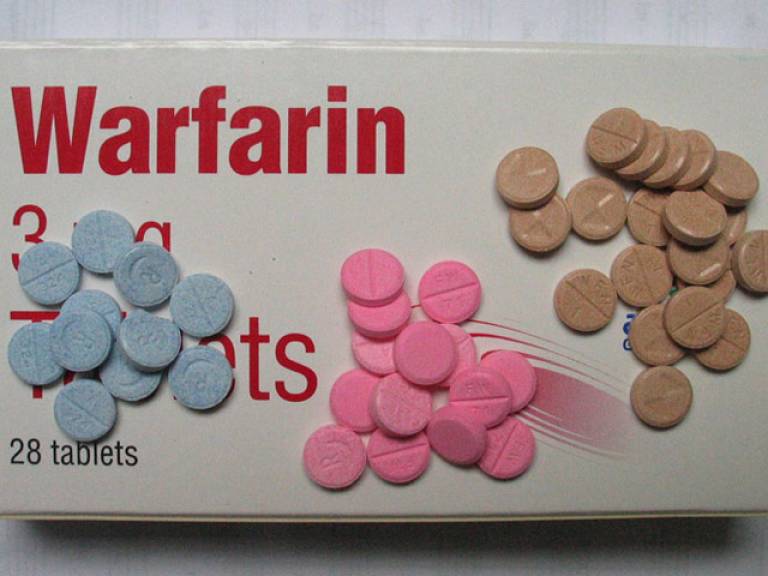 Based on their findings, published today in the BMJ, the researchers warn that doctors should be more cautious about prescribing anticoagulants, also known as blood thinners, in this population until more studies can clarify the consequences of doing so.

"Chronic kidney disease is common among older people, and one in three people affected also have atrial fibrillation, commonly called an irregular heartbeat - and for that, they typically get prescribed blood thinners to reduce their risk of stroke. We found that in this particular group, their medication seems to do the opposite of its intended effect," said the study's first author, Dr Shankar Kumar (UCL Centre for Medical Imaging).

The researchers estimate that close to half a million people over 65 in the UK have both chronic kidney disease and atrial fibrillation.

"People with chronic kidney disease tend to have numerous severe complications, including cardiovascular illnesses. As their blood clots more but they also bleed more easily, it is extremely difficult to strike a balance between different treatments," said senior author Professor John Camm, professor of clinical cardiology at St George's, University of London.

"As we found a paradoxical reduced mortality rate alongside increased rates of stroke and major bleeding, this is clearly a very complex area. We strongly call for randomised controlled studies to test the clinical value and safety of anticoagulant drug therapy for people with both atrial fibrillation and chronic kidney disease," said Dr Kumar.

In the population-based, retrospective cohort study, the researchers used a Royal College of General Practitioners database to identify 4848 people over 65 with chronic kidney disease and newly diagnosed atrial fibrillation, half of whom were on anticoagulants and half were not. The participants were monitored for a median of 506 days.

Mortality in the anticoagulant group was slightly lower; the researchers speculate it may have been due to a reduced risk of fatal strokes or heart attacks, but they say that more research is needed.

"Our work shows the power of big data in providing real world evidence to study important clinical scenarios. Until more data is available, general practitioners, nephrologists and cardiologists need to weigh up the risks and benefits of giving an anticoagulant and make a decision together with their patient," said co-author Professor David Goldsmith (Guy's and St Thomas' NHS Foundation Trust and St George's, University of London).

The study was conducted by researchers at UCL, St George's, University of London, the University of Surrey, Guy's and St Thomas' NHS Foundation Trust and NYU School of Medicine, USA.