England behind other countries in maths performance of disadvantaged pupils

Maths performance of disadvantaged pupils in England ranks in the lower half of developed countries, new analysis by UCL Institute of Education and the Education Policy Institute (EPI) reveals. 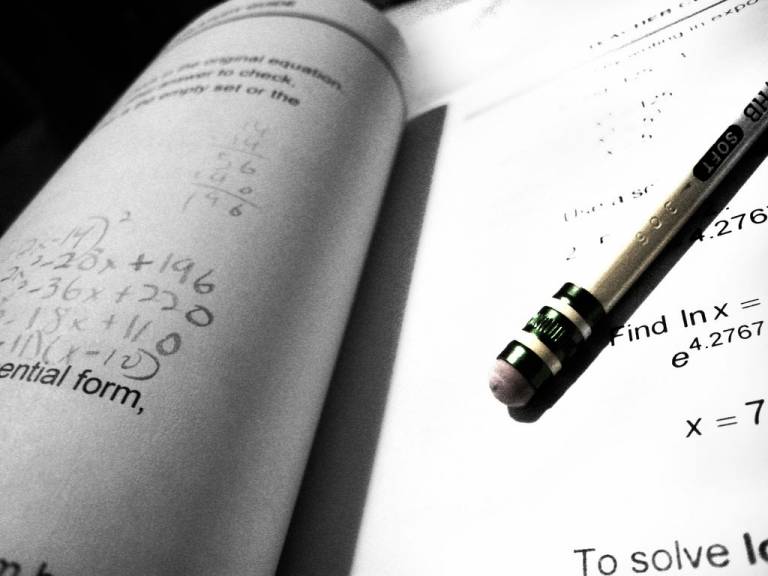 The report shows that England's disadvantaged pupils lag behind several other Western nations including Estonia, Canada, the Netherlands and Ireland, achieving around a third of a grade lower (on average).

Disadvantaged pupils in Asian nations of Macao, Singapore, Hong Kong, Taiwan and Japan are even further ahead - with England performing around half a grade lower in maths.

Toby Greany, co-author of the report and Professor of Leadership and Innovation at UCL Institute of Education (IOE) said:

"It is clear that the ways in which education systems are designed and operate can make a real difference to equity as well as outcomes.  Interestingly, only a subset of the higher performing countries around the world are strong in both respects.

"The English system does have several strengths, but the report also highlights areas that arguably require more focus, including how to minimise the impact of selection and ability grouping and how to enhance school engagement with families and wider services for the most vulnerable children."

The attainment gap between disadvantaged pupils and their peers in England is equivalent to one whole GCSE grade. On this measure of educational disadvantage, England ranks in the bottom half of developed nations, standing 27th out of 44 nations.

The report converts the latest results from the OECD's Programme for International Student Assessment (PISA) into GCSE grades, allowing for a direct comparison of pupil performance with England.

The report did show England's performance in reading is better than in maths. Disadvantaged pupils in England scored an average grade of 4.0 (a GCSE pass grade) and rank in the top half of developed nations - standing 17th out of the 44 nations.

Other leading Western nations such as Canada, Finland, Estonia, Norway and Ireland, all rank higher than England.

Additionally, all UK home nations have smaller disadvantage gaps than England. Wales scores considerably better than England on the disadvantage gap in reading (0.64) - ranking an impressive second place - only behind Macao - out of 44 OECD developed nations.

However, this could be because overall performance (amongst all pupils in the study) is, on average, poorer than in England. Northern Ireland and Scotland, with gaps of around two-thirds of a GCSE grade (0.66 and 0.68 respectively), also fare better than England on this measure.

The research finds that high performance and greater equity in educational opportunities and outcomes are not necessarily mutually exclusive. Countries which achieve both tend to have policies which avoid selection by ability and segregation between schools. They also tend to have a significant focus on attracting, supporting and retaining high quality teachers.

"This report provides a reality-check on educational equality in England. While the gap between disadvantaged pupils and their peers has narrowed slightly in recent years, in maths poorer pupils in England remain a full GCSE grade behind - a gap that is considerably greater than in some other Western countries. There is also much work to do with the overall performance of disadvantaged pupils in England, with only 1 in 10 achieving the very top grades in GCSEs.

"Although establishing England as a leading nation for supporting disadvantaged pupils remains a huge challenge, there are several countries which have seen success on both levels of equity, and performance. If we wish to improve on these measures and ensure our school system works for pupils of all backgrounds, learning from the experiences of these nations is essential".