UCL professor Mariana Mazzucato has been awarded one of the world's top economics prizes for her groundbreaking work on the role of governments in innovation. 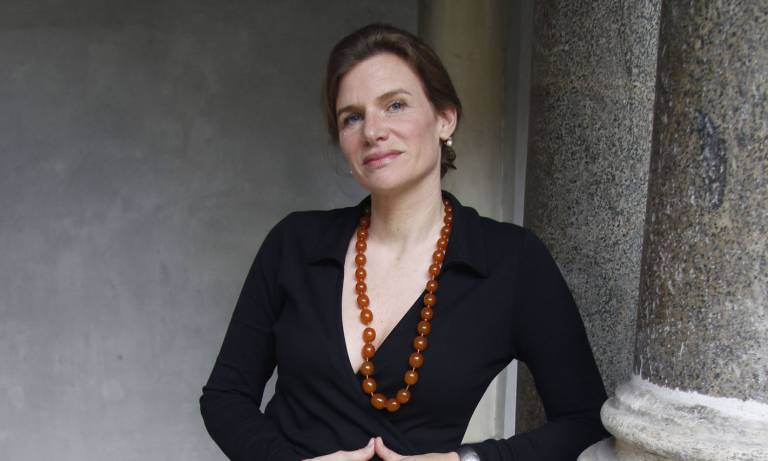 Professor Mazzucato has been awarded the 2018 Leontief prize for advancing the frontiers of economic thought along with Branko Milanovic, a Serbian-American economist.

The prize is awarded each year to leading theorists for innovative work in economics that addresses contemporary issues and has previously gone to such famed economists as John Kenneth Galbraith, a leading proponent of American liberalism whose books in the 1950s were best-sellers and Amartya Sen, a nobel prize winner.

According to Tufts University's Global Development and Environment Institute (GDAE), which makes the awards, Professor Mazzucato, who holds UCL's  chair in the economics of innovation and public value and is director of the newly-launched UCL institute for innovation & public purpose, and Dr Milanovic, are being recognized for their "path-breaking" work in innovation and global income inequality.

GDAE co-director Neva Goodwin said: "The topic of innovation receives a lot of attention these days. "What has been insufficiently recognized, before the work of Mariana Mazzucato, is the critical role of the government in innovation and hence the role of the public sector in the process of wealth creation.

"As Mazzucato points out, taxpayers have been the real venture capitalists, funding not only upstream basic science but also some of the riskiest investments downstream. Her work argues for concrete ways to make sure both the risks and the rewards are better shared so that smart growth is also more inclusive growth."

The ceremony and lectures by the prizewinners on the theme "Globalization, Innovation and Inequality" will take place on April 17 next year at Tufts university.

Professor Mazzucato's highly-acclaimed book The Entrepreneurial State: debunking public vs. private sector myths was on the Financial Times' 2013 Books of the Year list.

She is also winner of the 2014 New Statesman SPERI Prize in Political Economy and the 2015 Hans-Matthöfer-Preis and in 2013 she was named as one of the "three most important thinkers about innovation" in the New Republic.

She also advises policy makers around the world on innovation-led growth and is currently a member of the Scottish Government's Council of Economic Advisors; the UN Sustainable Development Solutions Network Leadership Council; and SITRA's Advisory Panel in Finland.

She is co-editor of a new book, Rethinking Capitalism: Economics and Policy for Sustainable and Inclusive Growth. Her new book The Value of Everything, will be published by Penguin (Allen Lane) in 2018.