A new simple test that helps predicts which people with type 2 diabetes will benefit most from weight loss surgery has been developed by a UCL-led team. 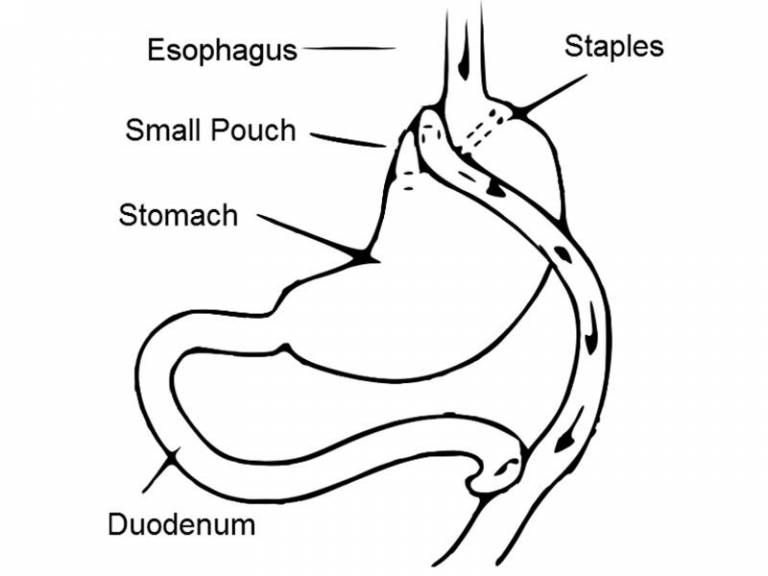 The study, published today in Diabetic Medicine, also reports that keeping the weight off after bariatric surgery is more important than which type of weight loss operation was done. Taken together, the findings should help maximise the health benefits obtained from weight loss surgery.

"Over 2 million people in the UK are eligible for assessment for bariatric surgery, and yet only 6,000 undergo the procedure each year.* Given the limited access to surgery it's vital that we ensure it's offered to those who will benefit the most, and that they're well supported long after the surgery," said the study's lead author, Professor Rachel Batterham (UCL Centre for Obesity Research and UCLH Bariatric Centre for Weight Management and Metabolic Surgery).

Type 2 diabetes (T2D) is currently estimated to cause close to 25,000 preventable deaths a year in the UK, and the main driver for its increased prevalence is rising obesity rates. Sustained weight loss improves blood glucose control in people with established T2D; however, maintaining sustained weight loss is difficult due to biological compensatory mechanisms.

Bariatric surgery alters the hormones that control blood glucose, lowering glucose levels and reducing the long-term complications of T2D such as eye and kidney damage. Many people with T2D are able to stop all of their diabetes medications after surgery. Bariatric surgery is now recognised as a treatment option for people with T2D with a BMI of 35 or above.

"Bariatric surgery can be highly beneficial, yet the results are highly variable, so we set out to devise a better way of identifying which people with T2D will benefit most," explained Professor Batterham, who also leads the Obesity research theme at the University College London Hospitals Biomedical Research Centre.

The study was a retrospective cohort study of people with T2D who had undergone Roux-en-Y gastric bypass surgery (107 people) or sleeve gastrectomy (103 people), with two-year follow-up data, plus a further 173 people in a separate study to validate the results. The researchers employed two scoring systems designed to predict T2D remission post-surgery: the established DiaRem score, as well as the novel, more accessible DiaBetter score designed by the research team.

The DiaBetter score is calculated from three factors: the drugs a person is currently taking, their HbA1c level (a simple blood test used to monitor blood glucose in all people with diabetes) and how long ago their diabetes was diagnosed.

People with low DiaRem scores were significantly more likely to achieve T2D remission than those with higher scores. Remission rates among those in the lowest quintile of DiaBetter scores were 98% compared to 19% in the highest quintile.

The researchers also found that percentage weight loss two years post-surgery was a stronger predictor of T2D remission than whether the patient underwent gastric bypass or sleeve gastrectomy, as there wasn't a significant difference between the two surgeries after adjusting for weight loss.

For every 5% weight loss, the odds of T2D remission increased by 54%. It was the first time the significance of weight loss to remission was established in people who had undergone sleeve gastrectomy; while it's the most common type of bariatric surgery globally, it's much newer than gastric bypass so there are gaps in the research.

"Access to bariatric surgery is very carefully controlled, yet post-surgery support is often lacking. We've added to the evidence that it's vital to support people in maintaining their weight loss long-term, to make sure that the surgery is effective," said Dr Andrea Pucci (UCL Centre for Obesity Research and UCLH Bariatric Centre for Weight Management and Metabolic Surgery), the study's first author.

"As roughly one in five people don't have positive results from bariatric surgery, we hope that clinicians will begin using DiaBetter right away to adequately weigh the benefits and risks, and ensure that only the most suitable candidates have the surgery," said Professor Batterham.

The study was conducted at UCLH by researchers at UCL, UCLH, Imperial College Healthcare NHS Trust, the University of Alexandria, Centro Hospitalar de Entre o Douro e Vouga, and the University of Porto, and was funded by the Robert Luff Foundation, the Rosetrees Trust, the National Institute for Health Research, and the Sir Jules Thorn Charitable Trust.