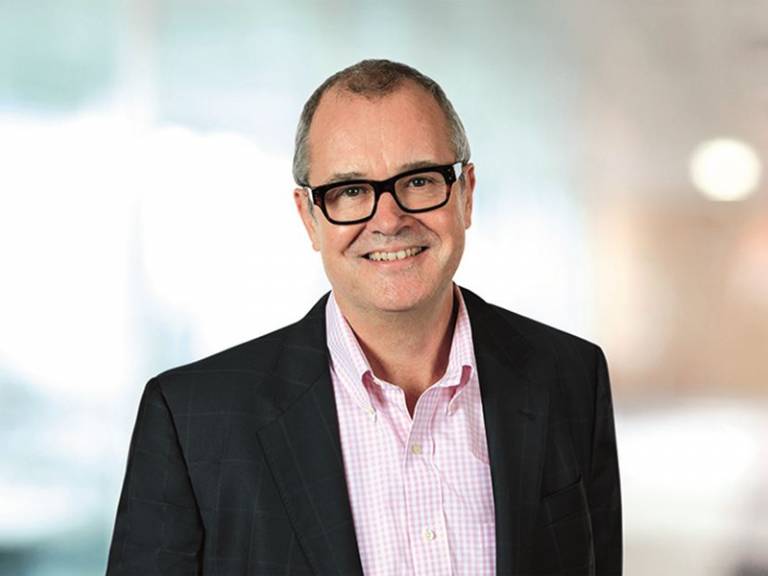 Professor Vallance will advise the prime minister and cabinet, and will lead the Government Office for Science, which ensures government policies and decisions are informed by the best scientific evidence and strategic long-term thinking.

UCL President & Provost, Professor Arthur said: "Professor Vallance is a distinguished scientist whose positions have not only been pivotal in science and research across the UK, but right here at UCL, where he's held a great number of important roles, notably Professor of Medicine at UCL, a role which includes furthering the transfer of laboratory discovery to clinical practice.

"Most importantly, it's his deep understanding of how science and research are translated into industry and application, including to inform policy, that can be of the greatest benefit to us all. Professor Vallance's appointment as the British government's new Chief Scientific Adviser is very welcome."

With over 20 years' experience of research clinical medicine, general internal medicine, cardiovascular medicine and clinical pharmacology, Professor Vallance has played an important role in UCL's history, including as a clinical academic and, as Professor of Medicine, where he led the Division of Medicine at UCL. He's also served as a recent advisor for The Apollo Therapeutics Fund, a unique collaboration between UCL, Imperial and Cambridge along with GlaxoSmithKline, AstraZeneca and Johnson & Johnson. This fund supports the translation of ground-breaking academic science from within these universities into innovative new medicines for a broad range of diseases.

Commenting on his new role, Professor Vallance said: "It is a great honour to join the Civil Service as the Government Chief Scientific Adviser. Science, engineering and technology have a vital role to play at the heart of policy making and are critical to economic growth and prosperity in the UK as well as to addressing many of the greatest challenges of our time, such as environmental change and keeping our citizens healthy and secure. I look forward to working with colleagues to ensure the government has the best possible advice, from the best experts, based on the strongest evidence, to inform the widest range of policy decisions."

Science Minister, Jo Johnson said: "Science and innovation plays a pivotal role in our Industrial Strategy and we've invested an additional £4.7 billion to 2020/21 to ensure we continue to build on our worldwide reputation as a science powerhouse. Dr Patrick Vallance's extensive knowledge and experience from the private sector and academia will play a central role in supporting this commitment and promoting our global leadership status."

Professor Vallance is currently president of research and development at GlaxoSmithKline. He was elected to the Academy of Medical Sciences in 1999, and as a Fellow of The Royal Society in 2017.