A new UCL study surveyed who uses food banks in London, and for what reasons. 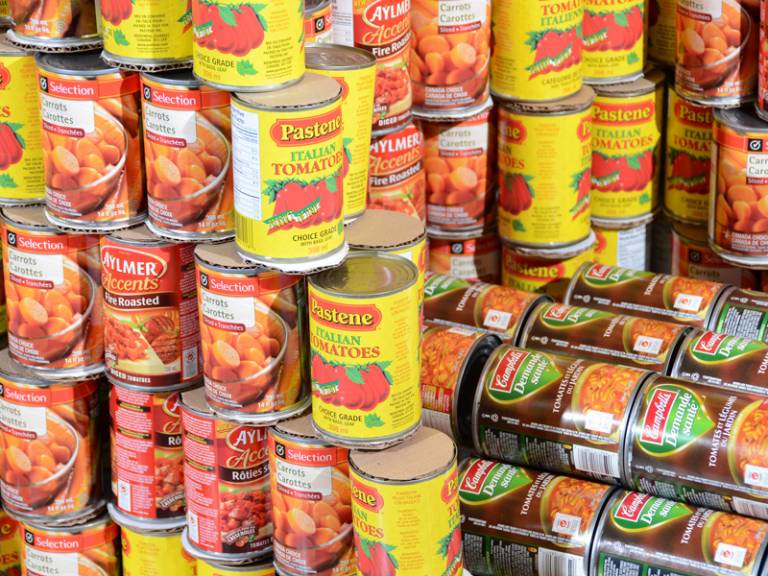 The study, published this week in the Journal of Public Health, found benefit-related problems were the most common reason, while recent adverse life events were also associated with food insecurity.

"Our findings show how many people who use food banks are living on very marginal budgets, as financial shocks can easily tip them over the edge into not being able to feed themselves," said the study's first author Edwina Prayogo (UCL School of Pharmacy).

The research is in context of a rise in foodbank use across the UK, which increased by 13% in the last year, according to the Trussell Trust. The team surveyed foodbank users as well as people who frequent advice centres, as a control group of typically low-income people, in Islington, Wandsworth and Lambeth.

They found that the most common reason for foodbank referral was benefit-related problems: delays (31.9%) or changes (11.1%).

In comparison to people at advice centres, those at foodbanks reported significantly more adverse life events over the past six months - for example, illness, job loss or benefit problems.

When looking at the demographics of food bank users, they found high proportions of lone mothers and single men, and noted that one in three had dependent children.

They also noticed that many advice centre users (75%) were also food insecure.

"We're adding to previous evidence suggesting that there are millions of people in the UK who are food insecure, yet don't attend food banks, which highlights the need for central monitoring of food insecurity in the UK," said the study's senior author, Dr George Grimble (UCL Liver and Digestive Health).

The study was the first empirical study comparing foodbank users in the UK to a control group, that collected data in person, and not just open data. They surveyed 270 food bank users and 245 advice centre users.

The study was conducted by researchers at UCL and the Universities of Bedfordshire, Bath, and Southampton, and was funded by the UCL Division of Medicine and Dr John Avanzini Ministries. A small grant from the UCL Grand Challenge of Human Wellbeing pump-primed this work, for development of the conceptual basis for the present study.