Health and social care spending cuts since 2010 are linked to nearly 120,000 excess deaths in England, with the over 60s and care home residents most affected, finds new UCL research. 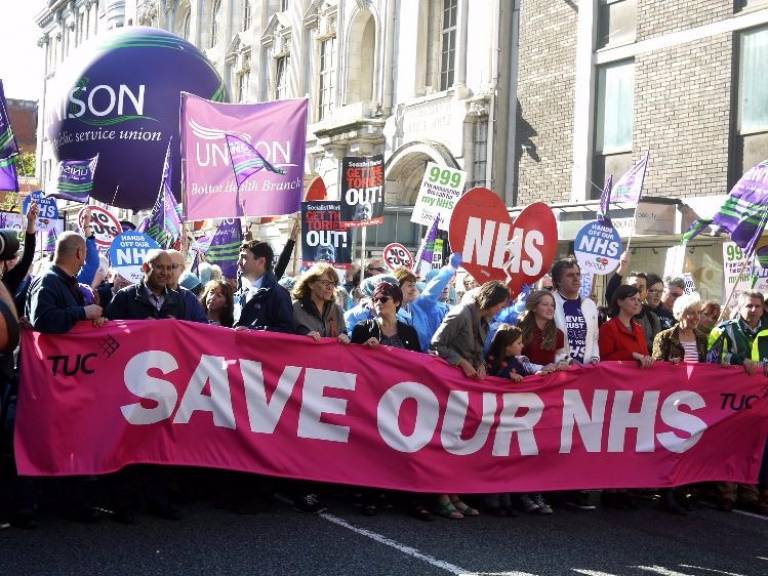 The study, published today in BMJ Open, stipulates that the critical factor in these figures may be changes in nurse numbers. The researchers warn that there could be an additional toll of up to 100 deaths every day from now on in, estimating that an annual cash injection of £6.3 billion would be needed to close this "mortality gap."

"Our study suggests that it may be beneficial to improve care delivered in care homes and at home to mitigate adverse health outcomes associated with spending constraints," said study co-author, Dr Wulan Wulaningsih (UCL Institute of Cardiovascular Science).

Between 2010 and 2014, the NHS in England has had a real term annual increase in government funding of 1.3 per cent, despite rising patient demand and healthcare costs. Further, real term spend on social care has fallen by 1.19 per cent every year during the same period, despite a significant projected increase in the numbers of over 85s (those most likely to need social care).

To try to determine the impact of this on population health, the researchers mined nationally available data on population deaths, life expectancy, and potential years of life lost. They collected data on health, as well as social care resources and finances from 2001 to 2014. They compared actual death rates for 2011 to 2014 with those that would be expected, based on trends before spending cuts came into play, and taking account of national and economic factors, such as unemployment rates and pensions.

Most of these deaths were among the over 60s and care home residents. And every £10 drop in spend per head on social care was associated with five extra care home deaths per 100,000 of the population, the analysis showed. These associations remained after further detailed analysis and taking account of global and national economic factors.

Changes in the numbers of hospital and community nurses were the most salient factors in the associations found between spend and care home deaths. From 2001 to 2010 nurse numbers rose by an average of 1.61% every year, but from 2010 to 2014 rose by just 0.07%-20 times lower than in the previous decade.

This is an observational study, so no firm conclusions can be drawn about cause and effect, but the findings support other research. The study has several policy implications, as it indicates that lower spend on health and social care is associated with a substantial mortality gap.