The Brain Prize for 2017, worth €1m, has been awarded to Professor Peter Dayan (UCL Gatsby Computational Neuroscience Unit), Professor Ray Dolan (UCL Max Planck Centre for Computational Psychiatry and Ageing Research) and Professor Wolfram Schultz (University of Cambridge) for their analysis of how the brain recognises and processes reward. 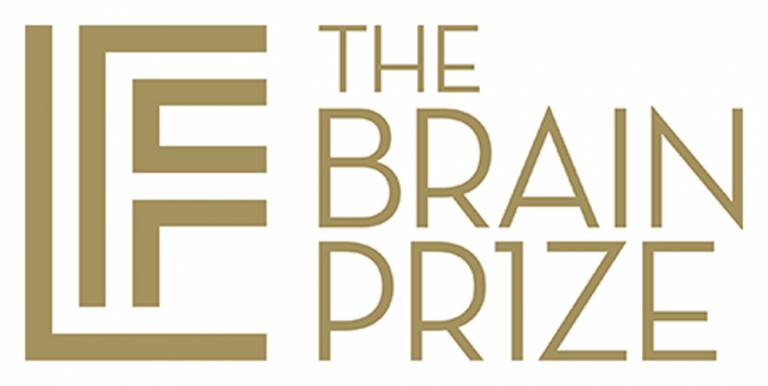 The capacity to link reward to events and actions is the foundation of human and animal survival, and problems with processing rewards can lead to neurological and psychiatric disorders.

The Brain Prize, awarded annually by the Lundbeck Foundation in Denmark, recognises scientists who have distinguished themselves by an outstanding contribution to neuroscience.

The research of this year's winners has far-reaching implications for understanding human behaviour, including decision-making, gambling, drug addiction, compulsive behaviour and schizophrenia.

The sense of reward is influenced and determined by many things, such as taste and smell, as well as by fundamental motivations such as hunger or thirst. In turn, it influences choices, decisions and even attention. Many regions of the brain process information associated with reward, but a chemical messenger in the brain called dopamine is key the regulation of learning and performance.

Professor Peter Dayan, director of the UCL Gatsby Computational Neuroscience Unit, is recognised internationally as a leader in the rapidly developing field of computational neuroscience. When working at the Salk Institute in California, he realised that the pattern of activity of dopamine neurons corresponds to a signal known from the earliest days of artificial intelligence as a 'reward prediction error'.

This signal is the difference between the reward that is actually delivered and the reward that is predicted to be delivered. Such a signal, continuously updated in the brain on the basis of previous reward, is helps to control learning. If predictions are wrong, for instance being too pessimistic, reward prediction errors can adjust them upwards to be more optimistic. If the prediction error signals that something unexpectedly good follows a particular choice that we made, we become more likely to act or behave in the same way in the future.

"For example, imagine that you choose between restaurants based on predicting how good they are. Then, if the one you chose is better than expected, the positive prediction error allows you to update your prediction. Next time you are faced with a restaurant choice, you are more likely to pick the one that was better," said Professor Dayan.

This link between dopamine and prediction error led to research using theoretical ideas and computational models to link artificial intelligence, economics, mathematics, engineering and statistics to swathes of results in psychology and neuroscience.

"Dopamine of course does not work alone," Professor Dayan noted. "Indeed, there is currently great interest in understanding the many cooperating and competing brain systems that contribute to both good and bad choices, and indeed manipulating them when things go wrong."

Professor Ray Dolan is the director of the UCL Max Planck Centre for Computational Psychiatry and Ageing. He has been a leader in the development and use of methods for imaging the human brain, in order to understand the mechanisms of emotion, learning and decision-making.

Through his pioneering application of mathematical models to brain imaging and behaviour, together with his discoveries on the action of dopamine and other neurotransmitters, he has shown that the basic idea of a prediction error accounts for how humans learn about reward and punishment and also how we learn about the preferences of other people. He has used innovative ways to determine how dopamine affects brain function, including its impact on memory function and the disposition to take risks. This work helps researchers understand a range of psychiatric problems, for example behavioural impulsivity and apathy.

Professors Dayan and Dolan have worked collaboratively over the past decade to probe how reward learning impacts on complex human questions, including motivational drive, variation in happiness, and a propensity towards gambling.

"One puzzling clinical problem is why some patients treated with drugs that boost dopamine function, for example in Parkinson's disease, fall prey to pathological gambling. Our work has shown that this effect is, at least in part, due to dopamine amplifying an innate tendency to repeat activities that are rewarding," said Professor Dolan.

The winners acknowledged the contributions of their many colleagues and collaborators, as well as the institutions and funding agencies that have supported their work, especially the Gatsby Charitable Foundation, the Wellcome Trust, UCL, the University of Cambridge, the University of Fribourg, the Salk Institute and California Institute of Technology.

"I see it as a wonderful tribute to my superb collaborators, students and postdocs," said Professor Dayan.

"I am immensely gratified that the Lundbeck Foundation acknowledged the importance of this work for understanding psychiatric illness," said Professor Dolan.

"The Brain Prize is a fantastic reward for our research group. I can hear our dopamine neurons jumping up and down!" Professor Schultz said.

Professor Sir Colin Blakemore, chairman of the Brain Prize selection committee said, "The judges concluded that the discoveries made by Wolfram Schultz, Peter Dayan and Ray Dolan were crucial for understanding how the brain detects reward and uses this information to guide behaviour. This work is a wonderful example of the creative power of interdisciplinary research, bringing together computational explanations of the role of activity in the monkey brain with advanced brain imaging in human beings to illuminate the way in which we use reward to regulate our choices and actions. The implications of these discoveries are extremely wide-ranging, in fields as diverse as economics, social science, drug addiction and psychiatry".

The winners will share the prize of one million euros, which will be presented to them at a ceremony on 4 May in Copenhagen by His Royal Highness Crown Prince Frederik of Denmark.