This week the spotlight is on Jordan Rowe, Centre Manager of the UCL Urban Laboratory. 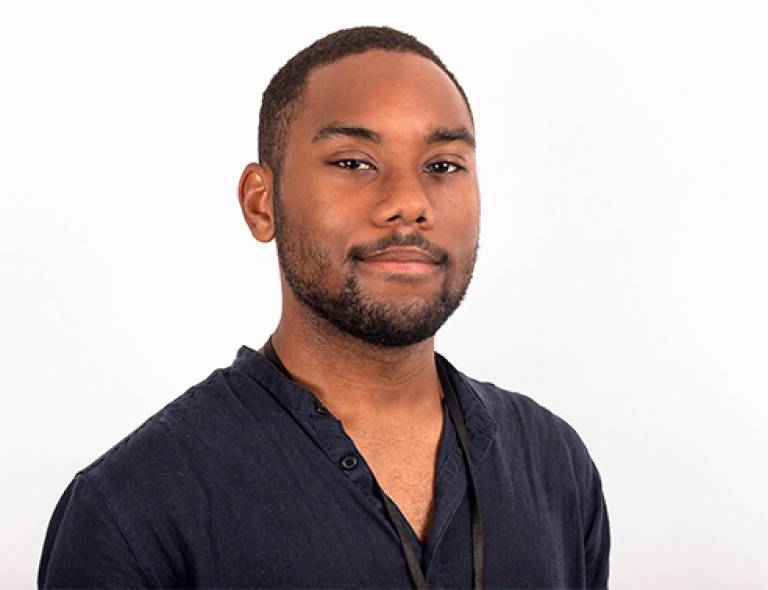 I'm the Centre Manager of UCL Urban Laboratory, a transdisciplinary centre for research and public engagement on cities and urbanism. We work with (and are partly funded by) different faculties across UCL. I support all of the work that we do, which includes projects, research, event management, communications and social media, editorial, press relations, partnerships, finance, day-to-day admin, and the activities of the Director, Co-Directors and other academics.

Just over three years now at the Urban Lab, but I've been a member of the UCL community longer than that.

I started out in the School of Slavonic and East European Studies as a student in 2011. I then found out about an internship role working with the Communications team at the Bartlett School of Architecture, which I leaped into during the summer of 2013. I followed that up with a brief stint as a student editorial worker with the central university Media Relations team in the same year, and then applied to work part-time with the Urban Lab while still studying. Luckily that job has expanded since.

I'm very proud of Cities Methodologies, an exhibition and events programme that I helped to organise, run in collaboration with the Slade School of Fine Art. It shows the exciting and innovative ways urbanists are researching the city, whether they are academics, activists, artists, students etc. Our last edition was the largest ever, with more than 1,000 attendees across four days. The Urban Lab has just published an edited anthology of the work (Ben Campkin and Ger Duijzings, Engaged Urbanism: Cities & Methodologies, I.B. Tauris, 2016), which I contributed to as an editorial assistant.

In general, I think the way we work and collaborate with artists and practitioners has been what has made my job so enjoyable and varied. The photo below is from a performative re-enactment we hosted at Somerset House in June 2016 called 'The Storm: A Utopian Forecast for London?', created with artists Fourthland. I'm holding in my hands the 'centre of London'! 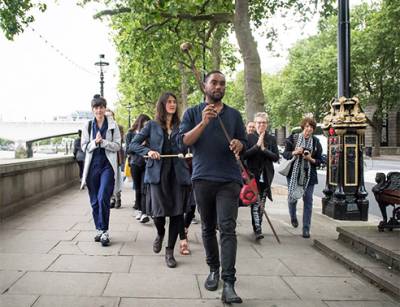 I was very happy when our artist-in-residence Max Colson had the opportunity to put on his first ever UK solo show at the Royal Institute of British Architects in 2015, the culmination of his project with us. We can't take credit for that - it was mostly down to Max's hard work - but the environment of the Urban Lab and the guidance of our director helped to expand his photo-journalistic practice to new and existing research.

Similarly, Dr Andrew Harris is now working with filmmaker Tom Wolseley between Geography and the Urban Lab, and he is completing a film on the Shard and the spectacle and dynamics of capital in London. It exhibited at ROOM Artspace in Marylebone throughout January, and a very public screening in central London is planned for this summer.

There's always a lot on at the Urban Lab. We're working on a series of conferences later this year with the Folkestone Triennial, exploring the concept of situated practice in contemporary art, architecture and urbanism, at three historic or contemporary 'edge' locations. Urban Lab is also busy working on new activities proposed for UCL East, in collaboration with the UCL Bartlett and colleagues in other faculties, under the banner of the 'Urban Co-Labs'.

Somewhat connected is a project I'm working on with Rebecca Payne in the UCL Bartlett, funded by UCL ChangeMakers. We've enlisted 12 students from across UCL to work with us and other members of staff to research the student experience in all its forms on the Bloomsbury campus, and to use comparative and cross-disciplinary methods to apply recommendations for the new UCL developments in east London - UCL East and Here East.

It's a great way to get students involved in the new campus development processes, as their input can be very valuable, and we hope to have an audience with senior management once we're ready to share outputs. But also, for the students, it's a fantastic way to develop research skills and influence decision-making processes - something that can seem distant in a large institution like UCL.

Film: A Separation by Asghar Farhadi.

Book: Welcome to Our Hillbrow by Phaswane Mpe.

It really isn't, but:

Context: my dad is called Scott, and this joke has provided years of amusement (sighs heavily).

My flat is far too small to entertain the possibility of dinner guests.

Don't take the north/south of the river divide so seriously. You will only be disappointed by your older self.

I don't think it'll be a particular surprise, but I'm a keen hiker. I started on the South West Coast Path last year. More locally, I completed the 150-mile London LOOP last year. I'm hoping to go hiking with friends in Lapland this summer. Always on the look-out for new trails!

Oh, well far too many places. Johannesburg was such an eye opener when I went. Berlin is my adopted home for a week or two each year. But I'll stick with somewhere local and say Farthing Downs on the border of London and Surrey - on a misty morning it just has a certain wonder.