The activity of urban bats in Queen Elizabeth Olympic Park in London is being monitored in real-time using new, automated smart detectors that have been developed and installed by UCL and Intel scientists in collaboration with Arup, the Bat Conservation Trust and the London Wildlife Trust. 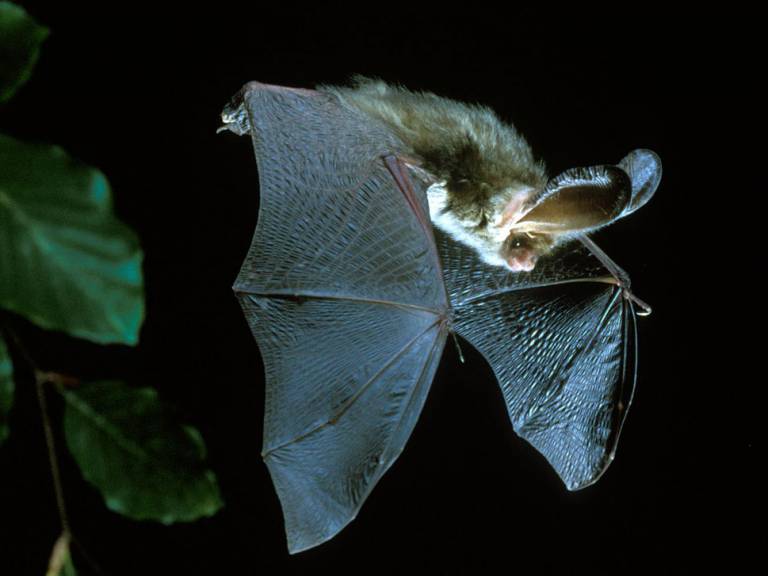 Bats are a good indicator species, so are often used to measure how healthy our environment is. By detecting bat ultrasonic calls, the monitors will track species present and their activity levels and display the information to the public. This will provide an insight into the wildlife health of the Park over the next year, and help to inform its management.

"We are trialling a network of smart bat monitors that listen to the environment, and figure out if bats are present, all in real time. It's a 'Shazam' for bats! It's a huge step forward for detection technology - an Internet of Wild Things, and we hope it will help understand how wildlife is being impacted by rapid environmental change," said Professor Kate Jones, project lead and Chair of Ecology and Biodiversity at UCL.

The detectors are the result of a project called Nature Smart Cities, which brought environmental, statistical, and computing researchers together with technologists to develop this pilot of the world's first end-to-end open source system for monitoring bats.

"Measuring bat activity in the Queen Elizabeth Olympic Park is a very interesting challenge that involves large amounts of acoustic sensor data. Each device applies machine learning techniques to process the data itself on its own chip. We call it 'edge processing' since it happens on sensor devices at the edge of the network, instead of sending gigabytes of data across a network to a cloud," said Dr Sarah Gallacher from Intel Labs Europe.

The installation of detectors at 15 sites across the Park began in late May, once the bats came out of hibernation. The detectors are connected to wifi and a power supply to enable them to record data and give reliable results quickly. They will be covering a large area and will be constantly recording over a long period of time.

"Smart detectors are revolutionary, as before now, analysing recordings was costly and, labour intensive. For my team, our challenge was to develop a deep neural network that can run on a tiny, low-power computer-on-a-chip outdoor sensor," explained Dr Gabriel Brostow, who led the team of computer scientists at UCL.

Each bat monitor uses an ultrasonic microphone to capture audio in its surroundings up to frequencies of 96kHz. Bat calls are normally at frequencies above 20kHz, which is the limit of human hearing, with some species calls over 125kHz, but these species are very unlikely to be found in the Park.

The captured audio is then turned into an image called a spectrogram. Statistical machine learning algorithms, developed by scientists from UCL and the University of Warwick as part of an Engineering and Physical Sciences Research Council-funded project, scan the spectrogram image, identifying possible bat calls. The algorithms ignore any sounds below 20kHz - in the human range - and captured audio is then deleted after bat results are extracted.

Live data from the bat sensors can be viewed on the project website. The bat sensor trial will run on the Park until the end of the year, and findings on what has been learned about bat biodiversity at the park will be available towards the end of 2017.

David Goldstone, Chief Executive, London Legacy Development Corporation, said: "We're keen to protect and improve the quality of the environment that's been created here on the Park. And it's great that the world-leading universities who are coming to Stratford are also developing this fantastic technology to help look after the environment."