The outstanding achievements of two UCL researchers - Professor Essi Viding and Professor Mark Miodownik - have been recognised by The Royal Society in this year's Awards and Prizes announcement. 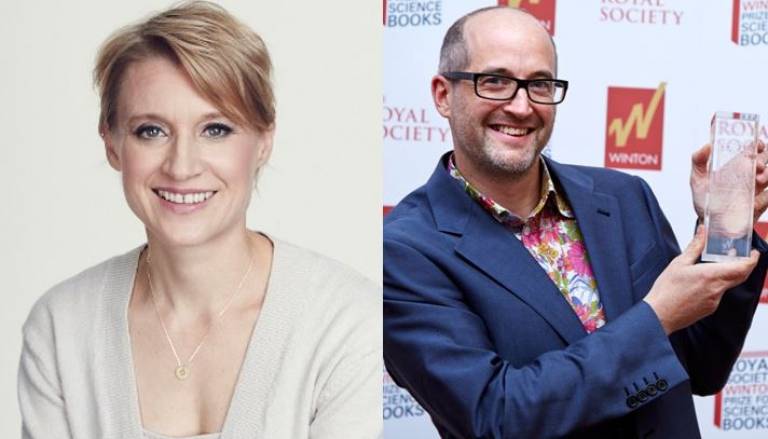 Professor Viding co-directs the Developmental Risk and Resilience Unit at UCL, which explores the genetic and environmental risk factors that shape how the brain processes social and emotional information in childhood. The central aim of the unit's research is to better understand mechanisms of developmental vulnerability and resilience.

Professor Viding said: "It is a great honour to win the Royal Society Rosalind Franklin Award and I am absolutely delighted. I very much look forward to delivering the award lecture, but most of all I am excited to work on the award project to promote STEM careers as an exciting and viable career option for girls from different backgrounds."

The Rosalind Franklin Award and Lecture is awarded annually and is made to support the promotion of women in science, technology, engineering and mathematics. Previous winners include UCL academics Professor Rachel McKendry, Professor Sarah-Jayne Blakemore and Professor Eleanor Maguire.

Professor Mark Miodownik (UCL Mechanical Engineering) has won the Michael Faraday Prize and Lecture in recognition of his work as a materials scientist and engineer. In addition to his academic work, Professor Miodownik writes a column for The Observer and regularly gives popular talks on engineering and materials to TV, radio, festival, and school audiences.

For more than ten years, he has championed materials research that links the arts and humanities to materials science. This culminated in the establishment of the UCL Institute of Making where he is Director.

Professor Miodownik said: "I don't engage with the public to win awards, I am driven by the pure pleasure of it, so to win such as high honour as a result, is like cream on the cake."

Named after the influential 19th century inventor, the Michael Faraday Prize and Lecture is awarded to scientists and engineers for their expertise in communicating scientific ideas to the wider public. Previous winners include Sir David Attenborough and UCL academics Dr Nick Lane, Professor Andrea Sella and Professor Steve Jones.