A new multi-centre study, led by researchers from King's College London and UCL, has found that people with Down Syndrome (DS) develop earlier onset of Alzheimer's Disease (AD), with an average age of diagnosis between 55 and 56. 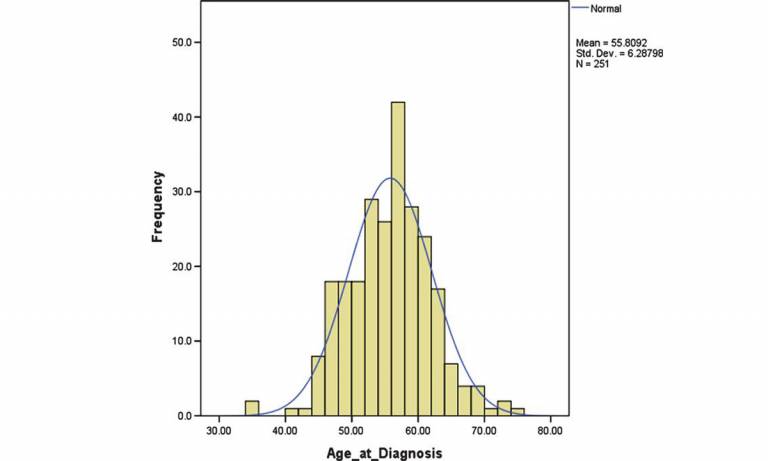 This is the largest study of AD in people with DS to date, and used data from specialist clinics across the England, including the South London and Maudsley NHS Foundation Trust, to estimate the typical age of AD diagnosis, and factors that may impact on survival rates.

Individuals with DS are at increased risk to develop AD as they age, due to having three copies of the APP gene on chromosome 21. After diagnosis, people with DS in the study survived for approximately 3.78 years, and age at death was approximately 60 years. Survival rates in this study of people with DS and AD were much shorter in comparison with an equivalent age group with AD in the general population.

The findings illustrate the young age of AD diagnosis in the DS population, as well as the considerable variation in age at diagnosis between 35 and 74 years. Older age and delayed diagnosis of AD is predictive of shorter survival.

Professor Strydom said, 'Given that people with Down Syndrome are at an ultra-high risk of developing Alzheimer's Disease, we need to understand the factors associated with both age of onset and survival in this population.

'The study also suggests there is some truth to the idea that the high risk of Alzheimer-type dementia in Down Syndrome is largely driven by genetic factors. Future work is ongoing to understand these genetic factors.'

This study was funded by the Baily Thomas charitable Fund, with support from The LonDownS consortium which is funded by Wellcome.