Memory loss in mice has been successfully reversed following the discovery of new information about a key mechanism underlying the loss of nerve connectivity in the brain, say UCL researchers. 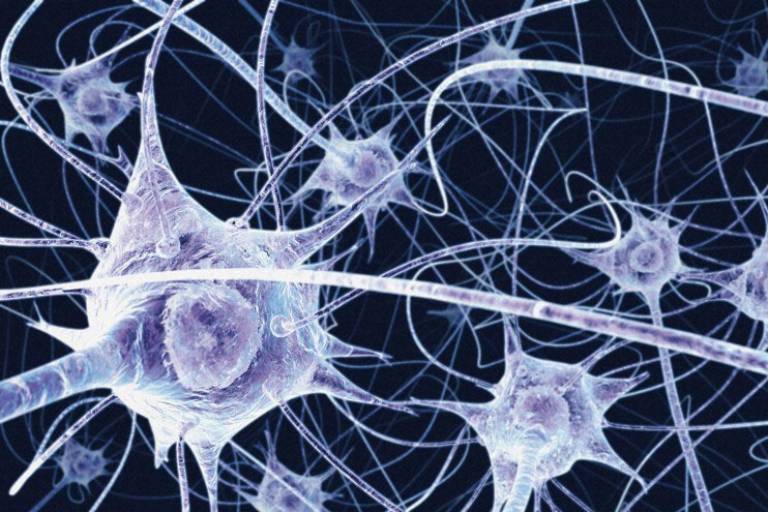 Published today in Current Biology, the study funded by Alzheimer's Research UK, Parkinson's UK, Wellcome, MRC and the EU investigated the mechanism driving communication breakdown in adult brains - specifically, the loss of connections between nerve cells in the hippocampus, an area of the brain that controls learning and memory. The team found Wnt proteins play a key role in the maintenance of nerve connectivity in the adult brain and could become targets for new treatments that prevent and restore brain function in neurodegenerative diseases.

The breakdown of connections between nerve cells is an early feature of diseases like Alzheimer's and is known to cause distressing symptoms like memory and thinking decline, but the biological processes behind it are poorly understood. Nerve cells are connected at communication points called synapses and the slow degeneration of these connections is an important area of study for researchers looking to slow or stop Alzheimer's disease.

Lead author, Professor Patricia Salinas (UCL Cell & Developmental Biology), said: "Synapses are absolutely critical to everything that our brains do. When these important communication points are lost, nerve cells cannot exchange information and this leads to symptoms like memory and thinking problems. The Wnt pathway is emerging as a key player in the regulation of the formation, maintenance and function of synapses, and we have provided strong evidence that the Wnt proteins are also critical for memory.

"Understanding the role of Wnts in Alzheimer's disease is an important next step, as there is potential we could target this chain of events with drugs. Preventing or reversing the disruptions in connectivity and communication between nerve cells in Alzheimer's would be a huge step forward."

Increasing evidence suggests that deficiency in Wnt function contributes to disruption of brain connectivity in Alzheimer's disease and therefore resulting in memory loss. The team studied the impact of a protein called Dkk1, known to block the action of Wnts and found at higher levels in people with Alzheimer's, in brain circuits and memory.

Genetically modified mice in which Dkk1 can be switched on, disrupting the action of Wnts and its downstream chain of events were used. To avoid any disruption to normal brain development driven by Wnts and Dkk1, the researchers waited until the mice were adults before switching on Dkk1 in an area of the brain important for the formation of new memories.

When Dkk1 was switched on in the adult mice, the researchers found the mice had memory problems, and that this coincided with the presence of fewer synapses between nerve cells, indicating a communication breakdown. However, when the researchers switched Dkk1 back off, the mice no longer had memory problems, the number of synapses increased back to normal levels and brain circuits were restored. 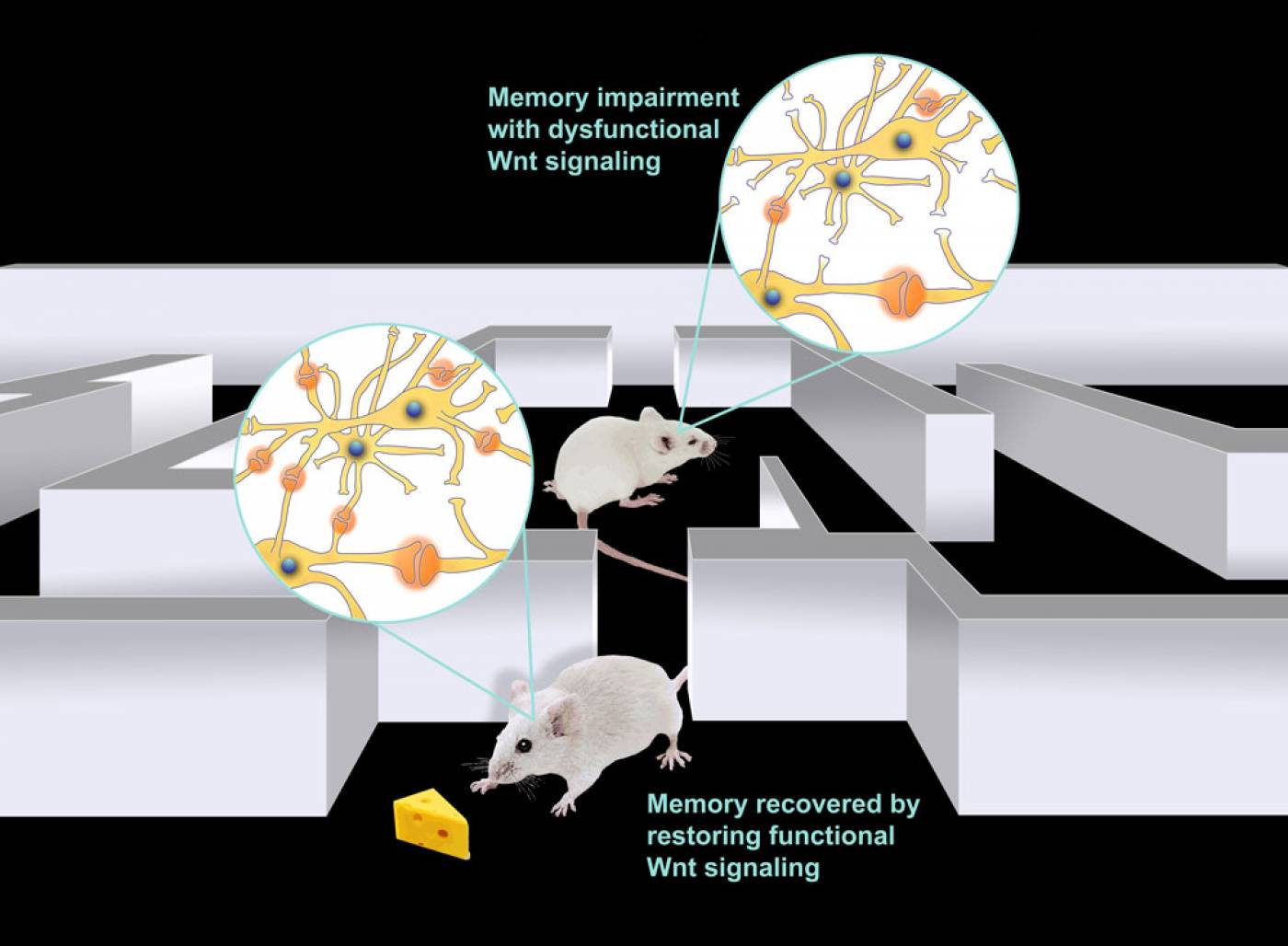 Dr Simon Ridley, Director of Research at Alzheimer's Research UK, said: "This study in mice adds further weight to a growing body of evidence implicating Wnts and its related proteins to nerve cell connectivity and memory. By understanding mechanisms driving healthy nerve cells, we can best unpick what happens when these processes go so wrong.

"This research sets a solid foundation for future work to explore the role of Wnts in diseases like Alzheimer's, and this biological process is already a key target being explored by expert teams in the Alzheimer's Research UK Drug Discovery Alliance. Researchers are taking huge steps forward in their understanding of what happens in the brain in health and disease, and we must now capitalise on these discoveries to deliver effective treatments that can transform lives."