Understanding the dynamics of crowd behaviour 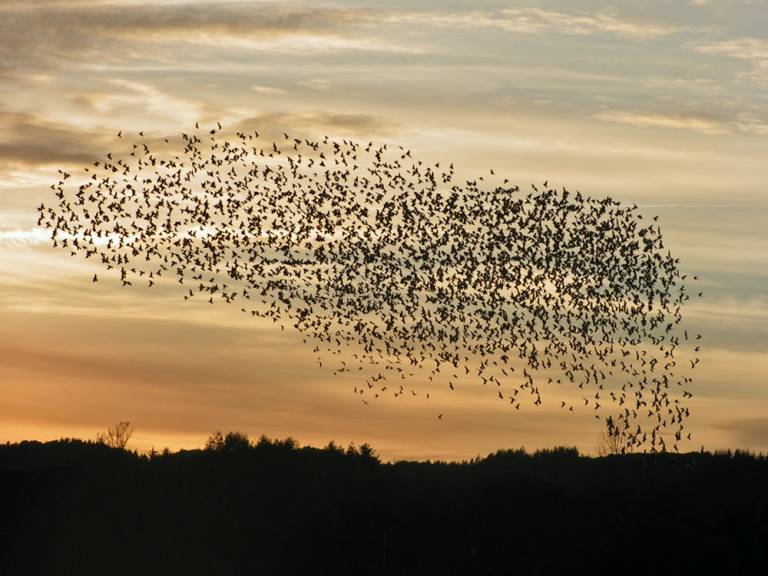 The new mechanism is counterintuitive and might help describe crowd behaviour in natural, real-world systems where many factors impact on individuals' responses to either gather or disperse.

"Bacterial colonies, schools of fish, flocking birds, swarming insects and pedestrian flow all show collective and dynamic behaviours which are sensitive to changes in the surrounding environment and their dispersal or gathering can be sometimes the difference between life and death," said lead researcher, Dr Giorgio Volpe, UCL Chemistry.

"The crowd often has different behaviours to the individuals within it and we don't know what the simple rules of motion are for this. If we understood these and how they are adapted in complex environments, we could externally regulate active systems. Examples include controlling the delivery of biotherapeutics in nanoparticle carriers to the target in the body, or improving crowd security in a panic situation."

The study, published today in Nature Communications, investigated the behaviour of active colloidal particles in a controllable system to find out the rules of motion for individuals gathering or dispersing in response to external factors.

Colloidal particles are free to diffuse through a solution and for this study suspended silica microspheres were used. The colloidal particles became active with the addition of E. coli bacteria to the solution. Active colloidal particles were chosen as a model system because they move of their own accord using the energy from their environment, which is similar to how animals move to get food.

Initially, the active colloidal particles gathered at the centre of the area illuminated by a smooth beam which provided an active potential. Disorder was introduced using a speckle beam pattern which disordered the attractive potential and caused the colloids to disperse from the area at a rate of 0.6 particles per minute over 30 minutes. The particles switched between gathering and dispersing proportional to the level of external disorder imposed.

Erçağ Pinçe, who is first author of the study with Dr Sabareesh K. P. Velu, both Bilkent University, said: "We didn't expect to see this mechanism as it's counterintuitive but it might already be at play in natural systems. Our finding suggests there may be a way to control active matter through external factors. We could use it to control an existing system, or to design active agents that exploit the features of the environment to perform a given task, for example designing distinct depolluting agents for different types of polluted terrains and soils."

Co-author, Dr Giovanni Volpe, Bilkent University, added: "Classical statistical physics allows us to understand what happens when a system is at equilibrium but unfortunately for researchers, life happens far from equilibrium. Behaviours are often unpredictable as they strongly depend on the characteristic of the environment. We hope that understanding these behaviours will help reveal the physics behind living organisms, but also help deliver innovative technologies in personalised healthcare, environmental sustainability and security."

The team now plan on applying their findings to real-life situations to improve society. In particular, they want to exploit the main conclusions from their work to develop intelligent nanorobots for applications in drug-delivery and environmental sustainability that are capable of efficiently navigate through complex natural environments.

Funding for the study was kindly provided by the European Research Council, Marie Curie Career Integration Grants and the COST Action "Flowing Matter" and the Scientific and Technological Research Council of Turkey.