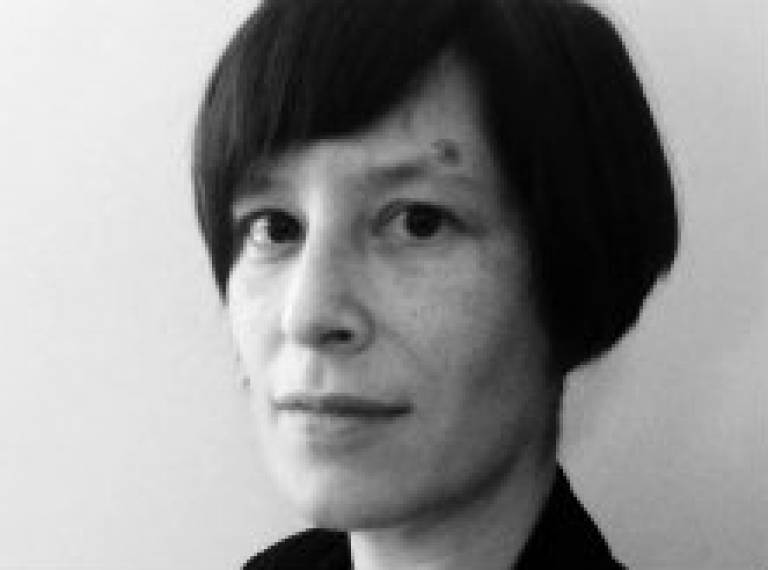 I am the Deputy Director of the UCL European Institute. On the one hand, the institute supports interdisciplinary collaboration and stimulates new research at UCL on Europe: broadly speaking, an interfaculty hub and clearing house for UCL expertise in this area. On the other hand, we provide an interface between the university and other stakeholders, in particular from politics, policy, law, advocacy, diplomacy, civil society, the cultural sector and the media.

Our work programme includes a wide range of events, from public debates and roundtables to closed academic or stakeholder workshops. We also seek to channel academic research into expert analysis and commentary for non-academic audiences, build up networks and alliances, and generally aim to provide an intellectually stimulating environment for researchers at all stages of their careers.

We are a very small outfit, and as the only full-time staff, I lead on the long-term strategic development of the institute, on devising and implementing its yearly work programme, and on creating and maintaining key partnerships and liaisons. Tasks include anything from developing project ideas with UCL academics, engaging with key external partners and writing grant applications to responsibility for communications strategy and budget projections.

I also continue to do some (limited) research and teaching. My main research interests, spanning 20th century European thought, history and EU politics, are broadly in the relationship between culture and politics. I am interested in modern European - particularly early to mid-20th-century German - thought that seeks to straddle aesthetics and the idea of the political. I have also worked on the role culture plays for citizenship and democracy, both in political thought and in policy developments over the course of European integration. I teach an MA module on the history and theory of European integration.

I joined UCL in 2009. Previously, I held a pilot position at the Cambridge Centre for Research in the Arts, Social Sciences and Humanities (CRASSH), which was part post-doctoral fellowship, part working with CRASSH's director on developing new programmes and directions for the centre. Prior to that I worked as a researcher and research manager at a private foundation dedicated to cultural policy research and international cultural cooperation in Barcelona.

In many ways, setting up the Institute (with its first two directors, Prof Richard Bellamy and Prof Mary Fulbrook) and taking it to where it is now within just over four years has been the most challenging and rewarding project I've worked on. This is very much a work in progress however! I am also really pleased to have worked, in a previous role, on a European research and cooperation project that looked at the role of the arts in education and which brought together some of the most innovative and inspiring educators I have met.

I currently work on two flagship projects for the European Institute.

The first is a two-year series on Britain & Europe, part funded by the European Commission. Needless to say, British public and political opinion has become highly critical of the way the European Union, and indeed the European Court of Human Rights, operate. If a referendum on EU membership were to called in the next legislature, it would be crucial that this debate be informed as much as possible by a fact-based understanding of how the EU actually works, how it could and should work better, and whether Britain would really be better off outside. UCL has extraordinary research-based expertise to bring to this discussion. This year and next, we are therefore running a series of public policy debates in London and Brussels to discuss the UK's concerns and options with academics and stakeholders from politics, law, and the media. We are also producing a range of policy briefings and resource collections as part of the series and have started a new blog, www.britain-europe.com - the first university-hosted blog on this subject. Our next event in the series, on Britain and the European Convention of Human Rights, is coming up on Monday 23 March - with UCL law academics, a pro-ECHR advocacy group, and an editor of the Daily Mail speaking, it should be a lively debate, to say the least!

My other priority is a three-year project called Passionate Politics, which I have just initiated with colleagues from SSEES and the Centre for Transnational History, funded by the Centre for Humanities Interdisciplinary Research Projects. There is an influential tradition of thought, stretching from the Stoics to Kant and Rawls, according to which the passionate side of human nature is construed as antithetical to the good life. By taking a fresh look at this relationship, our research group wants to engage with the way affective forces shape politics - be these political movements, personal and group identities. This really ties back to my own research interests, so I am particularly excited about this one.

This is a tough one for a former literature student, voracious reader and music lover with, however, something of a long-term memory issue. Impossible to choose just one each, in any case, so here comes my current, somewhat random selection:

Cheer up. But then who knows whether I'd be where I am right now, so maybe I take that back.

Any well-stocked, well-loved library would do. As would any (preferably dense but sunny) forest. But if you insist on specificity: a small place on the Catalan coast near the fishing town L'Escala.