Adult fruit flies given a cancer drug live 12% longer than average, according to a UCL-led study researching healthy ageing. 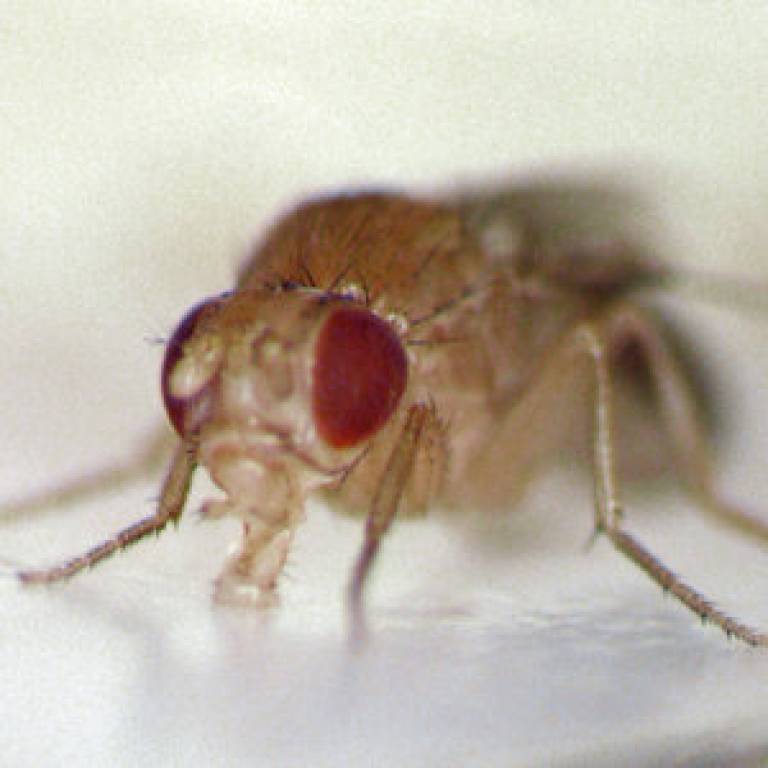 The drug targets a specific cellular process that occurs in animals, including humans, delaying the onset of age-related deaths by slowing the ageing process.

The study, published today in Cell and funded by the Max Planck Society and Wellcome Trust, shows for the first time that a small molecule drug, which limits the effects of a protein called Ras, can delay the ageing process in animals. The treated fruit flies outlived the control group by staying healthier for longer.

Co-first author, Dr Nazif Alic, UCL Institute of Healthy Ageing, said: "Our aim is to understand the mechanisms of ageing and alter the processes that lead to loss of function and to disease. We studied this molecular pathway in flies because they are reasonably complex and yet age more quickly than mammals. We were able to extend their lifespan both genetically and by using a cancer drug to target the Ras pathway, which provides us with the first evidence for the anti-ageing potential of drugs developed to dampen this pathway."

Trametinib is used to treat skin cancer and was chosen for its ability to inhibit Ras signalling as part of the 'Ras-Erk-ETS' cell pathway. The role of Ras has been well characterised in cancer but it is also known to affect the ageing process. Previously, the DNA of yeast was changed to reduce Ras activity, which extended lifespan, so the team wanted to explore inhibitors of this pathway in an animal.

Death still seems to be inevitable, but we now have evidence to suggest it is possible to develop pharmacological treatments to keep us healthier for longer.

Female fruit flies were given trametinib as an additive in their food. A small dose of 1.56 µM, which is approximately equivalent to a daily dose of the drug in a human cancer patients, increased the fruit flies' average life expectancy by 8%. With a higher dose of 15.6 µM, the flies lived 12% longer on average.

To test the anti-ageing properties of the drug in later life, fruit flies over 30 days old that had almost all stopped laying eggs were given the same moderate dose of 15.6 µM, and still had an increased life expectancy of 4%. Flies exposed continuously to the drug from an earlier stage in life lived longer than those who began dosing later in life, possibly indicating a cumulative effect of the drug.

Co-first author, Dr Cathy Slack, UCL Institute of Healthy Ageing, said: "Identifying the importance of the Ras-Erk-ETS pathway in animal ageing is a significant step on the way to developing treatments that delay the onset of ageing. The pathway is the same in humans as it is in flies and, because the Ras protein plays a key role in cancer, many small molecule drugs already exist, some of which have been approved for clinical use. With support from pharma, we can refine these molecules over the next 10-20 years to develop anti-ageing treatments which don't have the adverse effects of cancer drugs."

Principal Investigator, Professor Dame Linda Partridge, Director of the UCL Institute of Healthy Ageing and the Max Planck Institute for Biology of Ageing, said: "My groups study the changes in diet and genetic make-up that can slow down ageing, with the aim of identifying drug targets for a broad-spectrum, preventative medicine for the diseases of human ageing. Death still seems to be inevitable, but we now have evidence to suggest it is possible to develop pharmacological treatments to keep us healthier for longer. Our next step is to investigate the effects of targeting the Erk-Ras-ETS pathway in more complex animals, such as mice, with a view to developing a drug regime that could be suitable for testing in humans. This project complements other work we are doing into the ways in which the ageing process acts as a risk factor for neurodegenerative disease."