Four of the nine systems that regulate the interaction between land, ocean, atmosphere, ice-sheets and life on Earth are at risk from destabilisation due to human activity, according to an international team including UCL scientists. 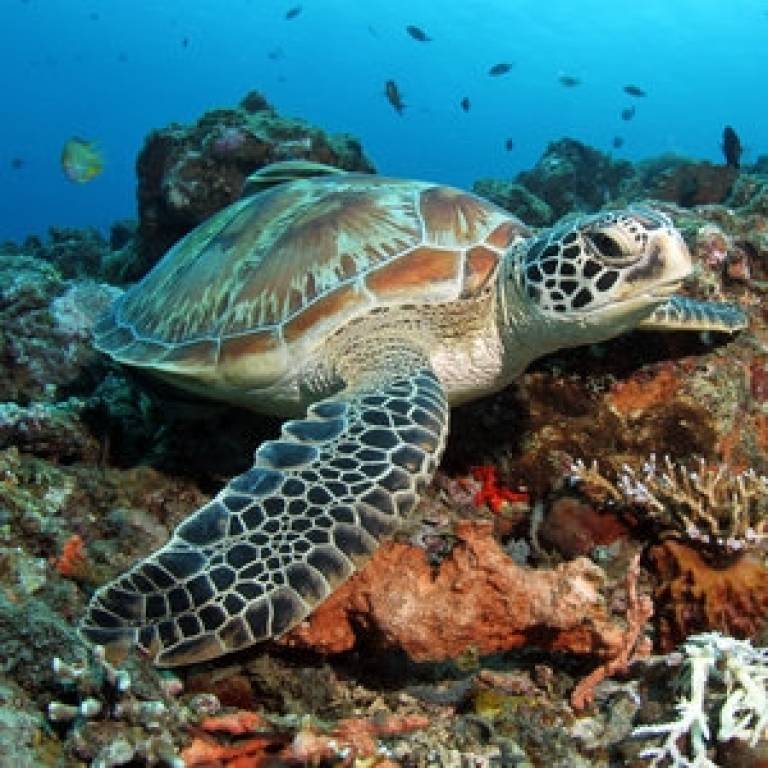 The research published today in Science shows the limits set for climate change, loss of biosphere integrity, land-system change and altered phosphorus and nitrogen cycles have been exceeded. Two of these - climate change and biosphere integrity - are 'core boundaries' as they influence other processes on Earth and managing these is a priority for maintaining a safe environment for society, say the scientists.

Lead author, Professor Will Steffen at Stockholm Resilience Centre, Stockholm University and the Australian National University, Canberra, said: "Transgressing a boundary increases the risk that human activities could inadvertently drive the Earth System into a much less hospitable state, damaging efforts to reduce poverty and leading to a deterioration of human wellbeing in many parts of the world, including wealthy countries. In this new analysis we have improved our quantification of where these risks lie."

The boundary for climate change uses carbon dioxide levels which should not cross 350 parts per million (ppm) in the atmosphere according to the team but levels are currently at 399ppm (December 2014) and growing by 3ppm per year. The limit of 350ppm is consistent with a stabilisation of global temperatures at about 1.5 degrees Celsius above pre-industrial levels, which is lower than the internationally agreed limit of 2 degrees, suggesting warming above 1.5 degrees is a risk for humanity.

The important role played by the biosphere in maintaining the balance of Earth's systems is clear in our research. We find a stark loss of biodiversity when measuring the global rate of extinction with a 10-100-fold loss beyond the boundary limit of 10 extinctions per million species each year.

Co-author Professor Rockström, Director of the Stockholm Resilience Centre, who will present the new findings at the World Economic Forum, Davos next week, said: "Our analysis suggests that, even if successful, reaching this target contains significant risks for societies everywhere. Two degrees must therefore be seen not only as a necessary but also a minimum global climate target."

The boundary for biosphere integrity relates to the scale and impact of humans on ecosystems and uses the level of biodiversity loss and species extinction, which showed a dramatic loss in genetic and functional diversity.

Co-author Professor Georgina Mace, Professor of Biodiversity and Ecosystems at UCL Genetics, Evolution & Environment, said: "The important role played by the biosphere in maintaining the balance of Earth's systems is clear in our research. We find a stark loss of biodiversity when measuring the global rate of extinction with a 10-100-fold loss beyond the boundary limit of 10 extinctions per million species each year. To date this has primarily been due to human-driven land-use change and it has a negative impact on other planetary boundaries. For example, the loss of tropical forests is a major contributor to climate change.

"Although indicative of declining biodiversity, extinction rates only partially reflect the true extent of biodiversity loss; the reduction in biomass and of geographical extent of many species is also affecting the Earth's systems. We need more comprehensive ways to measure the integrity of the biosphere, including assessing the crucial role of biomes such as coral reefs, tundra and rainforests in moderating Earth's systems. By gauging the risk biomes face, we can define new boundaries and use these to support sustainable human developments within safe limits." 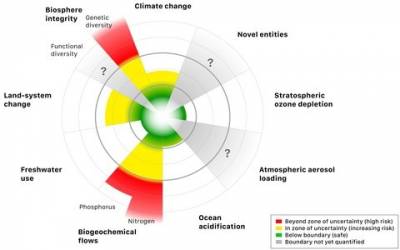 The team has been working closely with policymakers, industry and organisations including WWF to explore how the planetary boundaries approach can be used as a framework for sectors of societies to reduce risk while developing sustainably.

Professor Rockström said: "It is obvious that different societies over time have contributed very differently to the current state of the Earth. The world has a tremendous opportunity this year to address global risks, and do it more equitably. In September, nations will agree the UN's Sustainable Development Goals. With the right ambition, this could create the conditions for long-term human prosperity within planetary boundaries."