Professor Stephen Caddick has been appointed as Director of the Innovations division at The Wellcome Trust, it is announced today. 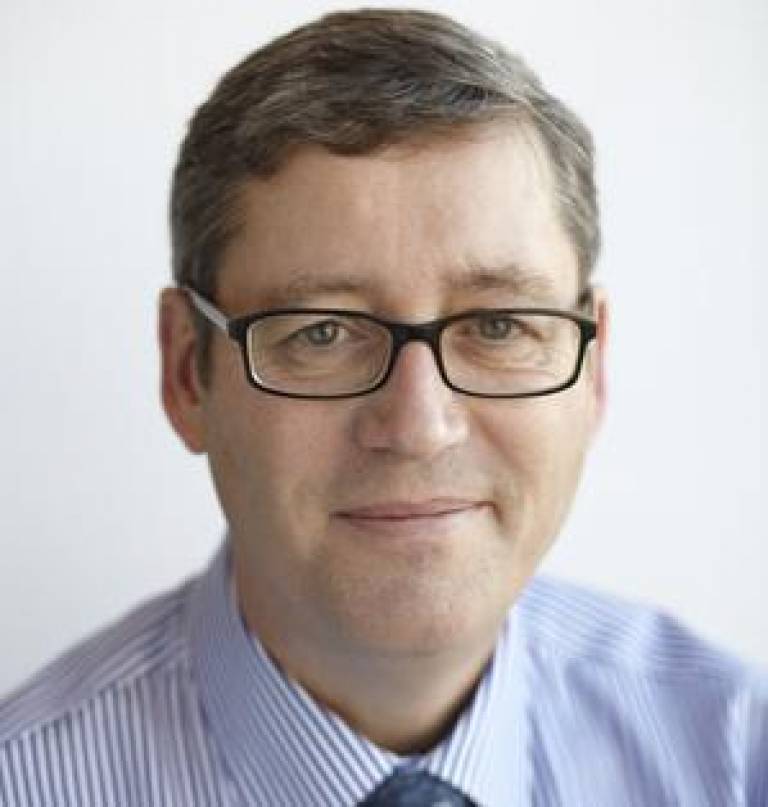 Professor Caddick, who is currently Vice Provost (Enterprise and London) at UCL, succeeds Dr Ted Bianco, who retires from the Trust later this year.

Over the past five years, Professor Caddick has led UCL's strategy for enterprise and innovation, as well as the development of the University's proposals for a second major campus on the Queen Elizabeth Olympic Park, UCL East. He is Vernon Professor of Organic Chemistry and Chemical Biology, and has previously served as UCL's Head of Department of Chemistry.

Commenting on his time at UCL, Professor Caddick said:

"UCL is an incredible university and it's a privilege to be part of this great community. I have thoroughly enjoyed every minute of my time as a professor; head of department and latterly as Vice-Provost.

"I have also greatly enjoyed working with academic and professional service colleagues across UCL to promote the enterprise agenda. Together I think we can be proud of what has been achieved in enterprise, innovation and impact at UCL.

"So I'd like to take the opportunity to thank everyone at UCL, for your support. It's been a fantastic pleasure working with all of you over the last twelve years and I look forward to seeing UCL go from strength to strength."

Professor Caddick is a member of the London Enterprise Panel, a member of the Scientific Advisory Board for MRC Technology and Chair of the League of European Research Universities (LERU) Enterprise and Innovation Community. He has played an important role in the development of the chemical biology strategy and facilities within the Francis Crick Institute. He is co-founder of Synthetic Pages, an open access website and Thiologics - an antibody-drug conjugate (ADC) biotech spinout company. His academic expertise is in organic chemistry and chemical biology, and his laboratory focuses on chemical modification of proteins and antibodies for development of therapeutics and diagnostics.

Professor Caddick will join the Wellcome Trust on June 8, as a member of its Executive Board.

"On behalf of the whole UCL community I'd like to thank Steve for his very important contributions to UCL over the last decade.

"Steve has played an important role as a Professor of Organic Chemistry and Chemical Biology and as Head of Department. Over the last five years, he has been a member of the UCL Senior Management Team as Vice Provost (Enterprise) and has led the development and delivery of our strategy for enterprise, innovation and impact.

"As everyone at UCL knows, he successfully led the development of our proposed new campus on the Queen Elizabeth Olympic Park for which I am particularly grateful. Steve will be greatly missed and we wish him every success in his new position at the Wellcome Trust".