Life exploded on Earth after slow rise of oxygen

It took 100 million years for oxygen levels in the oceans and atmosphere to increase to the level that allowed the explosion of animal life on Earth about 600 million years ago, according to a UCL-led study funded by the Natural Environment Research Council. 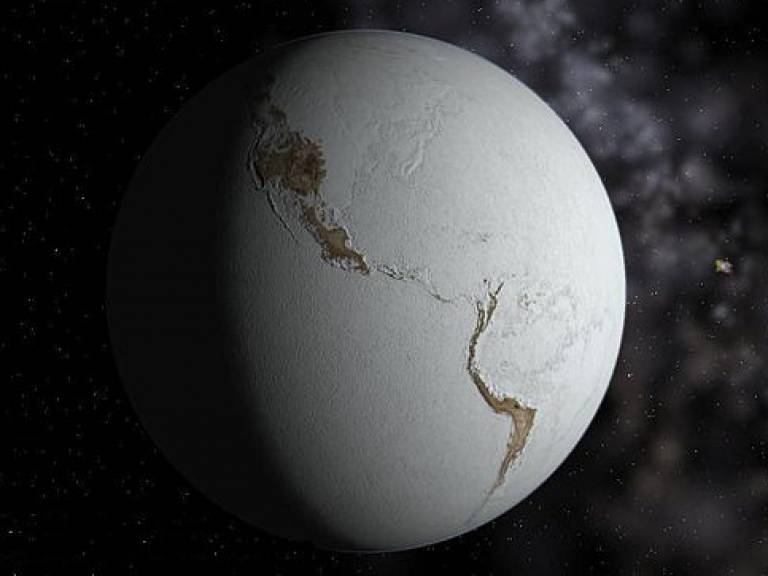 Before now it was not known how quickly Earth's oceans and atmosphere became oxygenated and if animal life expanded before or after oxygen levels rose. The new study, published today in Nature Communications, shows the increase began significantly earlier than previously thought and occurred in fits and starts spread over a vast period. It is therefore likely that early animal evolution was kick-started by increased amounts of oxygen, rather than a change in animal behaviour leading to oxygenation.

Lead researcher, Dr Philip Pogge von Strandmann (UCL Earth Sciences), said: "We want to find out how the evolution of life links to the evolution of our climate. The question on how strongly life has actively modified Earth's climate, and why the Earth has been habitable for so long is extremely important for understanding both the climate system, and why life is on Earth in the first place."

Researchers from UCL, Birkbeck, Bristol University, University of Washington, University of Leeds, Utah State University and University of Southern Denmark tracked what was happening with oxygen levels globally 770 - 520 million years ago (Ma) using new tracers in rocks across the US, Canada and China.

Samples of rocks that were laid down under the sea at different times were taken from different locations to piece together the global picture of the oxygen levels of Earth's oceans and atmosphere. By measuring selenium isotopes in the rocks, the team revealed that it took 100 million years for the amount of oxygen in the atmosphere to climb from less than 1% to over 10% of today's current level. This was arguably the most significant oxygenation event in Earth history because it ushered in an age of animal life that continues to this day.

Dr Pogge von Strandmann, said: "We took a new approach by using selenium isotope tracers to analyse marine shales which gave us more information about the gradual changes in oxygen levels than is possible using the more conventional techniques used previously. We were surprised to see how long it took Earth to produce oxygen and our findings dispel theories that it was a quick process caused by a change in animal behaviour."

During the period studied, three big glaciations -the 'snowball Earth' Sturtian (~716Ma), and Marinoan (~635Ma) glaciations and the smaller Gaskiers glaciation (~580Ma) - occurred whereby the Earth's land was covered in ice and most of the oceans were frozen from the poles to the tropics. During these periods, temperatures plummeted and rose again, causing glacial melting and an influx of nutrients into the ocean, which researchers think caused oxygen levels to rise deep in the oceans.

Increased nutrients means more ocean plankton, which will bury organic carbon in seafloor sediments when they die. Burying carbon results in oxygen increasing, dramatically changing conditions on Earth. Until now, oxygenation was thought to have occurred after the relatively small Gaskiers glaciation melted. The findings from this study pushes it much earlier, to the Marinoan glaciation, after which animals began to flourish in the improved conditions, leading to the first big expansion of animal life.

Co-author Professor David Catling (University of Washington Earth and Space Sciences), added: "Oxygen was like a slow fuse to the explosion of animal life. Around 635 Ma, enough oxygen probably existed to support tiny sponges. Then, after 580 Ma, strange creatures, as thin as crêpes, lived on a lightly oxygenated seafloor. Fifty million years later, vertebrate ancestors were gliding through oxygen-rich seawater. Tracking how oxygen increased is the first step towards understanding why it took so long. Ultimately, a grasp of geologic controls on oxygen levels can help us understand whether animal-like life might exist or not on Earth-like planets elsewhere."