The mechanism by which statins increase the risk of type 2 diabetes has been investigated in a large-scale analysis from an international team led by researchers from UCL and the University of Glasgow, using information from genetic studies and clinical trials. 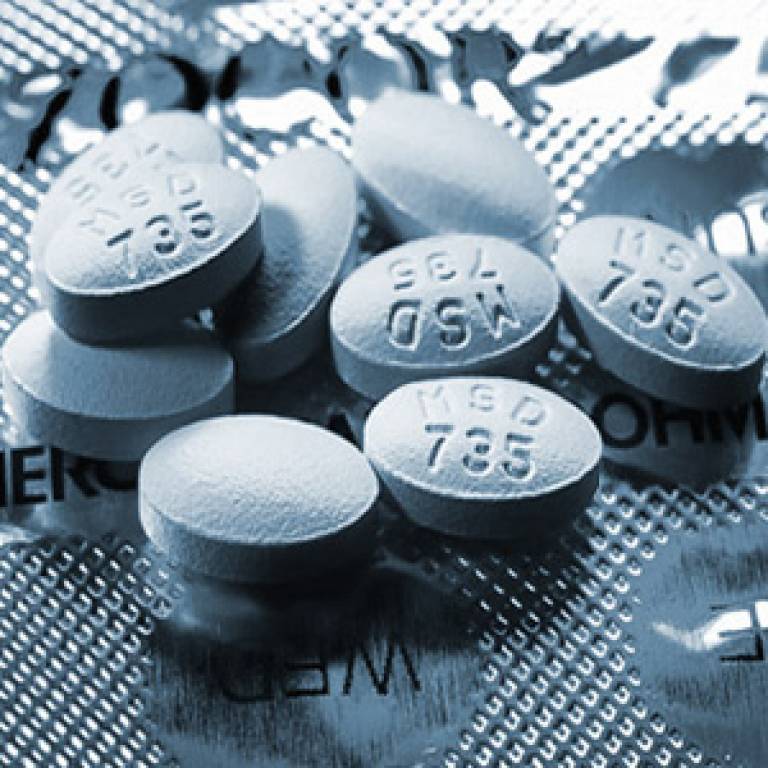 Among nearly 130 000 participants from clinical trials that previously tested the effect of statins on heart disease and stroke (major vascular events), those assigned statins vs. placebo, or higher vs. lower doses of statins, were noted to have a small increase in risk of developing type 2 diabetes of about 12% over a four-year period, and also to gain an excess of 240g (around half a pound) in weight.

"Weight gain is a risk factor for diabetes which might help explain the small increased risk of diabetes observed in people taking statins", explains co-lead author Dr David Preiss of the University of Glasgow Institute of Cardiovascular and Medical Sciences.

Statins work by reducing the efficiency of a liver enzyme involved in cholesterol production, which causes liver cells to trap more low-density lipoprotein (LDL-) cholesterol from the bloodstream, reducing its circulating level. This mechanism is thought to underlie the efficacy of statins in lowering the risk of major vascular events

"Commonly occurring variants in the gene encoding the same liver enzyme are associated with a lower LDL-cholesterol," explains co-lead author Dr Daniel Swerdlow of the UCL Institute of Cardiovascular Science. "Incorporating information from up to 220 000 individuals, we found that these genetic variants were also associated with a higher weight and marginally higher type 2 diabetes risk. The effects were very much smaller than from statin treatment, but the genetic findings indicate that the weight gain and diabetes risk observed in the analysis from trials are related to the known mechanism of action of statins rather than some other unintended effect."

"The genetic findings of our study help to explain the mechanism by which statins increase weight and diabetes risk," says co-senior author Professor Aroon Hingorani, director of the UCL Institute of Cardiovascular Science. "However, the effects of the genetic variants are orders of magnitude lower than the effects of statins. There is also no indication from this study that an individual's genetic make-up will meaningfully affect their clinical response to statin treatment. Statin drugs should continue to be prescribed without the need for any form of genetic testing."

Taking the known risk of new onset diabetes into account, current guidelines from the UK National Institute for Health and Care Excellence (NICE) suggest that statin treatment should be offered to people with a 10% or higher risk of developing cardiovascular disease in the next 10 years. Statins are also recommended for people who have had a heart attack or stroke to reduce the risk of future incidents. Statins are effective in reducing cardiovascular events in people with established diabetes.

"Previous analyses have indicated that the cardiovascular benefits of statin treatment greatly outweigh the risk of new-onset type 2 diabetes," says co-senior author Professor Naveed Sattar of the University of Glasgow Institute of Cardiovascular and Medical Sciences. "Nevertheless, many patients eligible for statin treatment would also benefit from lifestyle changes including increased physical activity, eating more healthily and stopping smoking. The modest increases in weight and diabetes risk seen in this study could easily be mitigated by adopting healthier diets and lifestyles. Reinforcing the importance of lifestyle changes when discussing these issues with patients would further enhance the benefit of statin treatment in preventing heart attacks and strokes."