Around 1 in 5 of the population were infected in both recent outbreaks of seasonal flu and the 2009 H1N1 influenza pandemic, but just 23% of these infections caused symptoms, and only 17% of people were ill enough to consult their doctor, according to new UCL-led research. 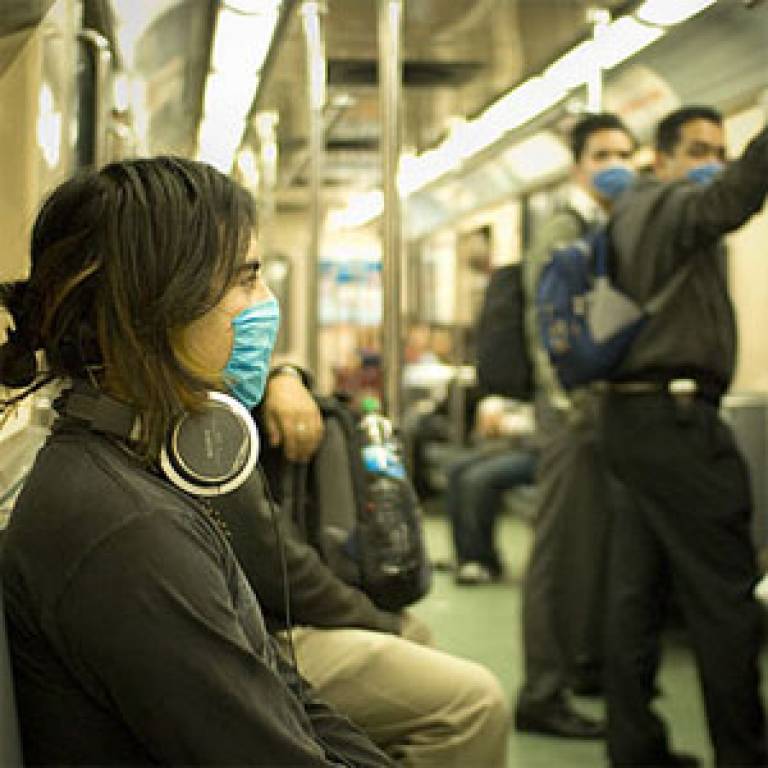 These findings come from a major new community-based study comparing the burden and severity of seasonal and pandemic influenza in England over 5 years, published in The Lancet Respiratory Medicine journal.

"Most people don't go to the doctor when they have flu. Even when they do consult they are often not recognised as having influenza. Surveillance based on patients who consult greatly underestimates the number of community cases, which in turn can lead to overestimates of the proportion of cases who end up in hospital or die. Information on the community burden is therefore critical to inform future control and prevention programmes."

We need to prepare for how to respond to both mild and severe pandemics. To do this we need more refined assessments of severity, including community studies to guide control measures early in the course of a pandemic and inform a proportionate response.

Participants provided blood samples before and after each season for influenza serology, and all participating households were contacted weekly to identify any cases of cough, cold, sore throat or 'flu-like illness". Any person reporting such symptoms was asked to submit a nasal swab on day 2 of illness to test for a variety of respiratory viruses using Real-Time, Polymerase Chain Reaction (RT-PCR) technology.

The results show that on average 18% of the unvaccinated community were infected with influenza each winter season-19% during prepandemic seasons and 18% during the 2009 pandemic. But most (77%) of these infections showed no symptoms, and only around 17% of people with PCR-confirmed influenza visited their doctor. Compared with some seasonal flu strains, the 2009 pandemic strain caused substantially milder symptoms.

The study indicates that primary-care surveillance greatly underestimates the extent of infection and illness in the community. The rate of influenza across all winter seasons was on average 22 times higher than rates of disease recorded by the Royal College of General Practitioners Sentinel Influenza-Like Illness Surveillance Scheme.

According to Dr Hayward, "Despite its mild nature, the 2009 pandemic caused enormous international concern, expense, and disruption. We need to prepare for how to respond to both mild and severe pandemics. To do this we need more refined assessments of severity, including community studies to guide control measures early in the course of a pandemic and inform a proportionate response."

Writing in a linked Comment, Dr Peter William Horby from the Oxford University Clinical Research Unit in Vietnam says, "In view of the undoubtedly high rates of subclinical influenza infection, an important unanswered question is the extent to which mild and asymptomatic influenza infections contribute to transmission…A large number of well individuals mixing widely in the community might, even if only mildly infectious, make a substantial contribution to onward transmission."

He concludes, "Surveillance of medically attended illnesses provides a partial and biased picture, and is vulnerable to changes in consulting, testing, or reporting practices. As such, it is clear that reliable estimates of the infection and clinical attack rates during the early stages of an influenza epidemic requires the collection of standardised data across the whole range of disease severity, from the community, primary care, and secondary care."