A high dose of the cholesterol-lowering drug simvastatin significantly reduces brain shrinkage in people with secondary progressive multiple sclerosis (SPMS), found researchers supported by the Biomedical Research Centre at UCL and UCLH, with colleagues from Imperial College London, the London School of Hygiene and Tropical Medicine, and Brighton and Sussex Medical School. 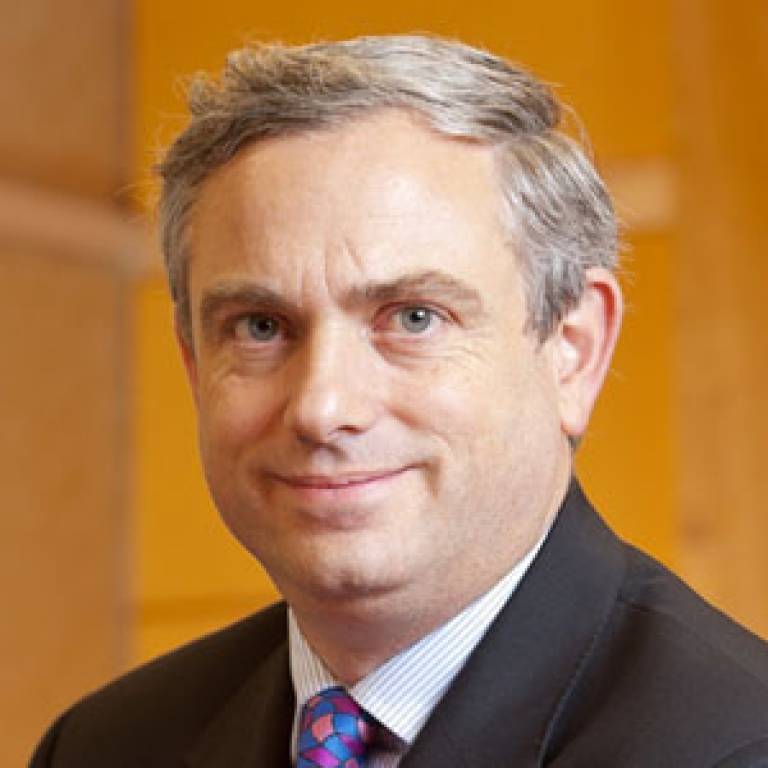 This research is an exciting breakthrough, as up until now successful clinical trials have mainly focused on treatments for the relapsing-remitting form of multiple sclerosis (MS).

There are approximately 100,000 people in the UK with MS. At about 10-15 years into the disease, at least half will become secondary progressive, characterized by greater disability and gradual worsening of the condition. There are very few treatments that stop this worsening.

The drug simvastatin is usually used to lower cholesterol levels after heart attack and stroke. However there are downstream effects from the enzyme it blocks, which could theoretically improve blood vessel function or the entry of white blood cells into the central nervous system.

Researchers carried out a phase II proof of concept study to see the effect of high dosage on brain atrophy (shrinkage) in SPMS. Brain atrophy was measured using MRI (magnetic resonance imaging). The next step will be to see if the drug has a sustained effect on disability.

Dr Jeremy Chataway, lead author on the paper published in The Lancet, said: "The earlier, relapsing-remitting form of MS (RRMS), now has around a dozen treatments after all the clinical trials over the last 20 years, but sadly for SPMS there are few disease modifying treatments. We hope this might be the start of finding an effective treatment for this stage of the disease."

He added: "We were inspired to choose high dose simvastatin by a group in the US, in a trial for RRMS, which appeared to show some benefit."

This study, developed and carried out over a seven-year period, used simvastatin at 80mg versus a dummy drug in 140 people with secondary progressive MS. The primary outcome was MRI based, focusing on brain atrophy. The rate of atrophy untreated is approximately 0.6% a year, which can be quantified over time using volumetric MRI.

Dr Chataway said: "We found the drugs were well tolerated, and that they reduced the rate of shrinkage by about 40%, which is really quite dramatic. There was also hints of an effect on disability, but as the trial was not powered with this in mind, this finding can only be described as exploratory."

He added: "Although there was no immunological effects, simvastatin may have a vascular-protective role, and crucially perhaps, a neuroprotective role - as shown by reducing the rate of brain shrinkage."

The study provides an exciting platform that needs to be taken into a late phase III trial to see if the drug has a sustained effect on disability over a three-year period. Commenting on the possibilities of a phase III trial, Dr Chataway said: "Simvastatin is an ideal candidate drug for treating secondary MS - not just because of the results of this study, and because of it's well known safety profile, but also it is a re-purposed drug which may have a significant impact on reducing costs and increasing the chances of starting a phase III trial."

Dr Chataway said: "We are excited by the results, effectively a proof-of-concept study, with atrophy as a biological marker. The MS community has been buoyed by the success from trials in relapsing remitting MS, and we are trying to replicate this in progressive MS by developing a pipeline of drugs to take through the phase II machine, and into late phase trials. Hopefully there will come a time where there is a successful treatment for SPMS, which will at least slow it down."

This clinical trial is the culmination of long-standing research led by Professor John Greenwood at the UCL Institute of Ophthalmology, who said: "After nearly two decades of research, it is immensely gratifying to see this work progress into the clinic to deliver benefits to patients."

Professor Alan Thompson, Dean of the UCL Faculty of Brain Sciences, said: "This is one of the first positive clinical trials for patients with secondary progressive MS and while a Phase III trial will be essential to confirm the results, it is a major contribution to the recent international initiative on progressive MS and complements the many other innovative studies being carried out by the MS team in central and east London under the auspices of MS@UCLP."