UCL Public and Cultural Engagement are celebrating success at the national Engage Competition Awards which took place on 11 June 2014 at the Natural History Museum. 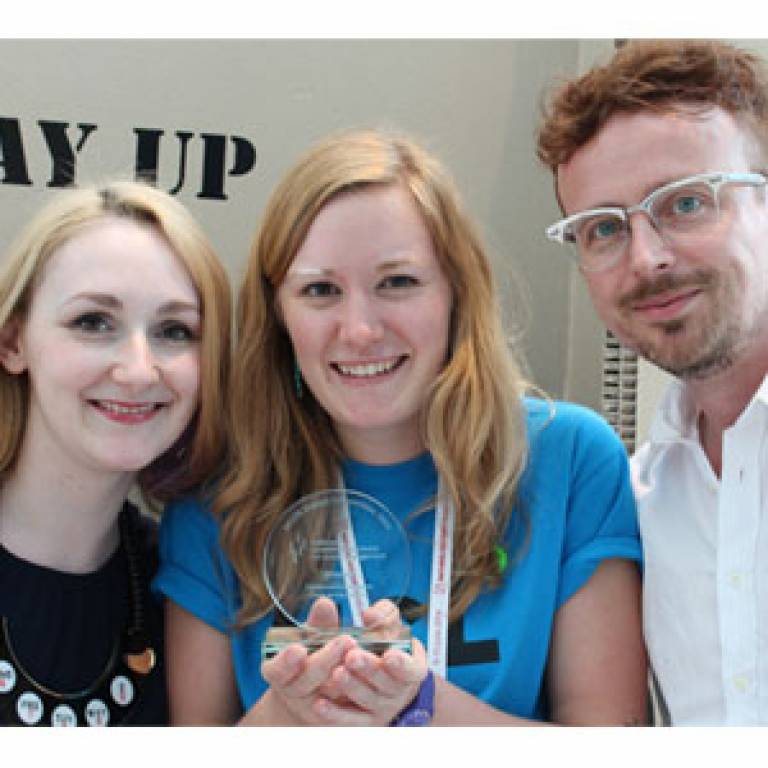 Focus on the Positive is a public event where the audience chooses how to change the world. Organised with a wide variety of organisations from museums to retired learners' groups, the event features a handful of UCL researchers who explain how they want to tackle the big issues in our world.

The audience question the speakers both on stage and face-to-face before voting for what they would like to support, with the winning researcher getting £2,000 to spend on the idea they have proposed.

Steve Cross, Head of Public Engagement at UCL, said: "We're flattered and honoured that Focus On The Positive has won this award and pleased that Bright Club and Creating Connections were shortlisted too. These three projects show that UCL researchers are engaging with audiences in a huge variety of ways: sharing their work, taking on board people's opinions and working directly with communities to change things for the better."

We're flattered and honoured that Focus On The Positive has won this award and pleased that Bright Club and Creating Connections were shortlisted too.

The Engage Competition forms part of Universities Week, a week-long celebration of public engagement with research that is taking place across the UK this week (9-15 June).

Over 230 entries were received for the competition which was organised by the National Co-ordinating Centre for Public Engagement.

Nicola Dandridge, Chief Executive of Universities UK, said: "The NCCPE competition has provided an excellent vehicle for universities' engagement with the public to be recognised during Universities Week. The standard and sheer volume of entries received is a reflection of the increasing trend for UK researchers and the public to work together. Public engagement is important to the success of the higher education sector".