Leukaemia drug found to stimulate immunity against many cancer types

A class of drug currently being used to treat leukaemia has the unexpected side-effect of boosting immune responses against many different cancers, reports a new study led by scientists at UCL and the Babraham Institute, Cambridge. 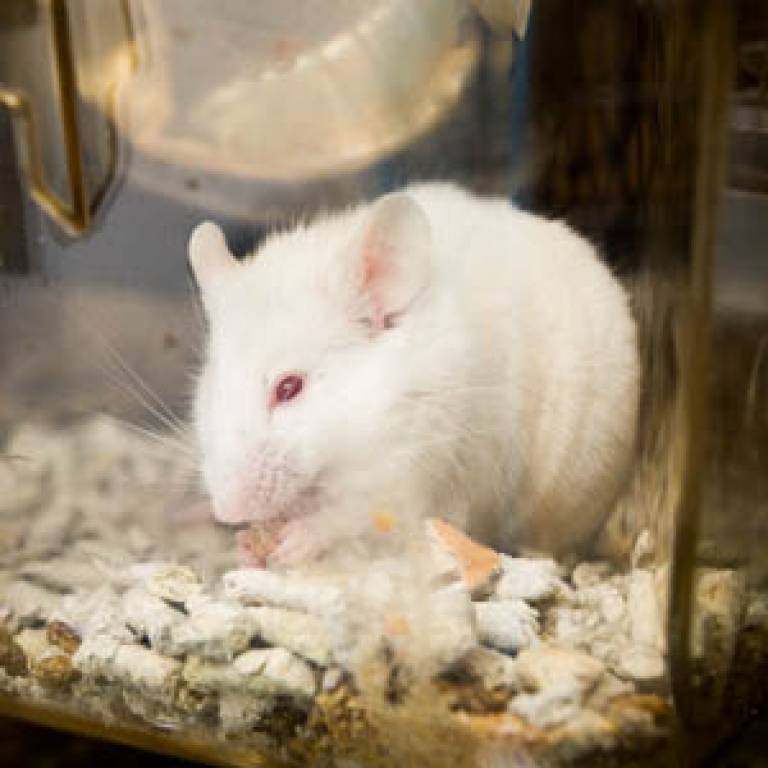 The drugs, called p110δ inhibitors, have shown such remarkable efficacy against certain leukaemias in recent clinical trials that patients on the placebo were switched to the real drug. Until now, however, they have not been tested in other types of cancer.

The new study, published in Nature, provides the first evidence that such drugs can significantly restrict tumour growth and spread and reduce the chances of relapse for a broad range of cancers. The researchers at UCL, the Babraham Institute and Queen Mary University of London, together with scientists from Genentech, South San Francisco, showed that inhibition of the p110δ enzyme helps to boost the body's immune system to kill tumour cells. The research was funded by Cancer Research UK, the Biotechnology and Biological Sciences Research Council and the Wellcome Trust.

"Our study shows that p110δ inhibitors have the potential to offer effective immunity to many types of cancer by unleashing the body's own immune response," says study co-leader Professor Bart Vanhaesebroeck of the UCL Cancer Institute, who first discovered the p110δ enzyme in 1997. "p110δ is highly expressed and important in white blood cells, called 'leukocytes'. Given that leukaemias are the result of leukocytes becoming cancerous, they are a natural target for p110δ inhibitors. Now, we have shown that blocking p110δ also has the remarkable effect of boosting the body's immune response against leukaemias as well as other cancers."

The team showed that inhibiting p110δ in mice significantly increased cancer survival rates across a broad range of tumour types, both solid and haematological cancers. For example, mice in which p110δ was blocked survived breast cancer for almost twice as long as mice with active p110δ. Their cancers also spread significantly less, with far fewer and smaller tumours developing. Survival after surgical removal of primary breast cancer tumours was also vastly improved, which has important clinical implications for stopping breast cancer from returning following surgery. The team's data further show that following p110δ inhibition, the immune system could develop an effective memory response to completely fight off the cancer.

If the findings hold true in cancer patients this could make a big difference to many of them. The good news is that because the drugs used in this study are already being used in the clinic, we could see rapid translation of this research into patient benefit.

Lead author Dr Khaled Ali, who is now based at Amgen, San Francisco, says: "When we first introduced tumours in p110δ-deficient mice, we expected them to grow faster because p110δ is important for the immune system. Instead, some tumours started shrinking. When we investigated this unexpected effect, we found that p110δ is especially important in so-called regulatory T cells which are suppressive immune cells that the tumours engage to protect themselves against immune attack."

The p110δ enzyme is a member of the PI3-kinase family, and is sometimes called PI3Kδ. p110δ and the other PI3Ks are hot drug targets for the pharmaceutical industry as they are implicated in many cancers and are readily druggable.

"Our work shows that p110δ inhibitors can shift the balance from the cancer becoming immune to our body's defences towards the body becoming immune to the cancer, by disabling regulatory T cells," says study co-leader Dr Klaus Okkenhaug of the Babraham Institute, which receives strategic funding from the BBSRC. "This provides a rationale for using these drugs against both solid and blood cancers, possibly alongside cancer vaccines, cell therapies and other treatments that further promote tumour-specific immune responses."

Professor Nic Jones, Cancer Research UK's chief scientist and director of the Manchester Cancer Research Centre, said: "Treatments that train the immune system to recognise and kill cancer cells are showing huge promise in several types of cancer. This new finding, although only at an early stage, offers the potential to develop more treatments that can do this in many more cancers, including ones that have real need for more effective treatments such as pancreatic cancer.

"If the findings hold true in cancer patients this could make a big difference to many of them. The good news is that because the drugs used in this study are already being used in the clinic, we could see rapid translation of this research into patient benefit."