Around half of the genes that influence how well a child can read also play a role in their mathematics ability, say scientists from UCL, the University of Oxford and King's College London who led a study into the genetic basis of cognitive traits. 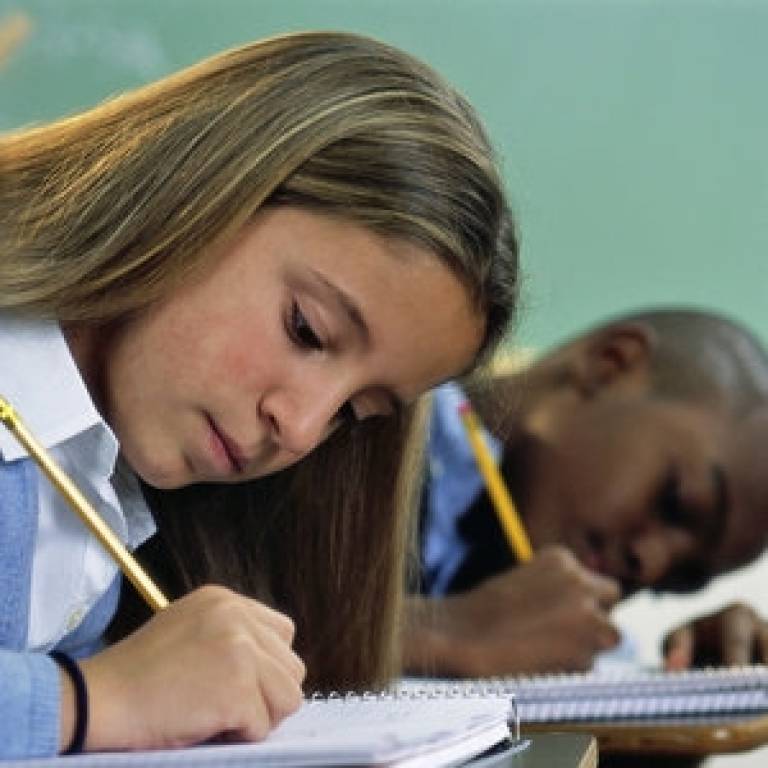 While mathematics and reading ability are known to run in families, the complex system of genes affecting these traits is largely unknown. The finding deepens scientists' understanding of how nature and nurture interact, highlighting the important role that a child's learning environment may have on the development of reading and mathematics skills, and the complex, shared genetic basis of these cognitive traits.

The collaborative study, published today in Nature Communications as part of the Wellcome Trust Case-Control Consortium, used data from the Twins Early Development Study (TEDS) to analyse the influence of genetics on the reading and mathematics performance of 12-year-old children from nearly 2,800 British families.

Twins and unrelated children were tested for reading comprehension and fluency, and answered mathematics questions based on the UK national curriculum. The information collected from these tests was combined with DNA data, showing a substantial overlap in the genetic variants that influence mathematics and reading.

Both analyses show that similar collections of subtle DNA differences are important for reading and maths. However, it's also clear just how important our life experience is in making us better at one or the other. It's this complex interplay of nature and nurture as we grow up that shapes who we are.

First author Dr Oliver Davis (UCL Genetics), said: "We looked at this question in two ways, by comparing the similarity of thousands of twins, and by measuring millions of tiny differences in their DNA. Both analyses show that similar collections of subtle DNA differences are important for reading and maths. However, it's also clear just how important our life experience is in making us better at one or the other. It's this complex interplay of nature and nurture as we grow up that shapes who we are."

Professor Robert Plomin (King's College London), who leads the TEDS study, and one of the senior authors, said: "This is the first time we estimate genetic influence on learning ability using DNA alone. The study does not point to specific genes linked to literacy or numeracy, but rather suggests that genetic influence on complex traits, like learning abilities, and common disorders, like learning disabilities, is caused by many genes of very small effect size.

"The study also confirms findings from previous twin studies that genetic differences among children account for most of the differences between children in how easily they learn to read and to do maths. Children differ genetically in how easy or difficult they find learning, and we need to recognise, and respect, these individual differences. Finding such strong genetic influence does not mean that there is nothing we can do if a child finds learning difficult - heritability does not imply that anything is set in stone - it just means it may take more effort from parents, schools and teachers to bring the child up to speed."

Dr Chris Spencer (Oxford University), lead author said: "We're moving into a world where analysing millions of DNA changes, in thousands of individuals, is a routine tool in helping scientists to understand aspects of human biology. This study used the technique to help investigate the overlap in the genetic component of reading and maths ability in children. Interestingly, the same method can be applied to pretty much any human trait, for example to identify new links between diseases and disorders, or the way in which people respond to treatments."