Labelling people with moderately high blood sugar as pre-diabetic is a drastically premature measure with no medical value and huge financial and social costs, say researchers from UCL and the Mayo Clinic, Minnesota. 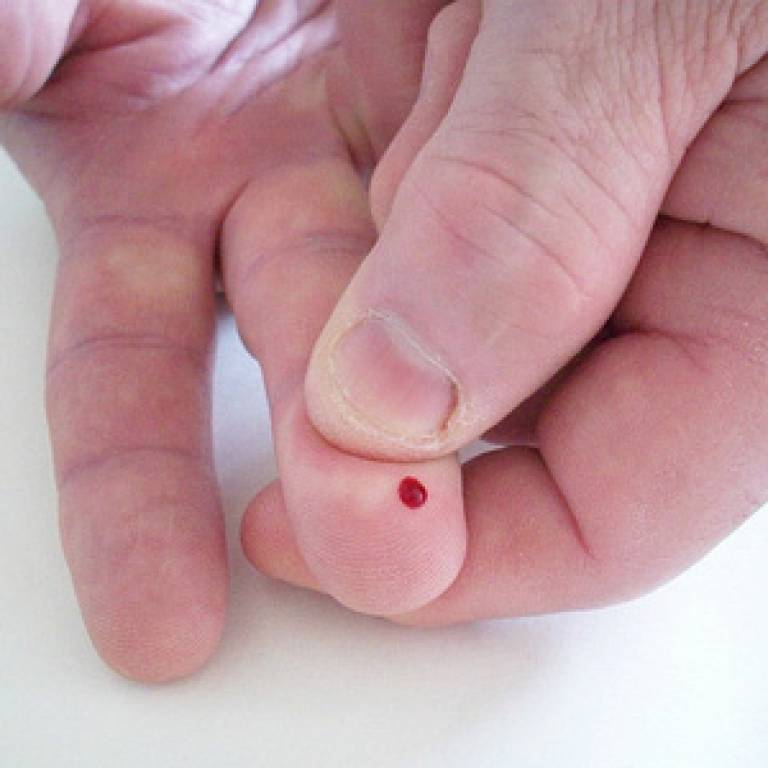 The analysis, published in the BMJ, considered whether a diagnosis of pre-diabetes carried any health benefits such as improved diabetes prevention. The authors showed that treatments to reduce blood sugar only delayed the onset of type 2 diabetes by a few years, and found no evidence of long-term health benefits.

Type 2 diabetes is typically diagnosed with a blood test that measures levels of haemoglobin A1c, which indicates average blood sugar level over the last three months. People with an A1c over 6.5% can be diagnosed with diabetes but the latest guidelines from the American Diabetes Association (ADA) define anyone with an A1c between 5.7% and 6.4% as having pre-diabetes.

If the ADA guidelines were adopted worldwide, a third of the UK adult population and more than half of adults in China would be diagnosed with pre-diabetes. The latest study questions the logic of putting a label on such huge sections of the population, as it could create significant burdens on healthcare systems without conferring any health benefits. Previous research has shown that type 2 diabetes treatments can do more harm than good for people with A1c levels around 6.5%, let alone people below this level.

3.2 million people in the UK are currently diagnosed with type 2 diabetes, but approximately 16 million would fall into the ADA's pre-diabetes category. There is a condition known as impaired glucose tolerance (IGT) that affects around 3.7 million adults in the UK (8%). People with IGT are at high risk of diabetes, but the test is more time-consuming than a simple A1c blood test. There is evidence to suggest that interventions can delay the progression of IGT into diabetes, but the ADA category of pre-diabetes also includes another 12 million people who are at a much lower risk of progressing to diabetes, for whom any benefit from treatment is unknown.

Pre-diabetes is an artificial category with virtually zero clinical relevance. There is no proven benefit of giving diabetes treatment drugs to people in this category before they develop diabetes, particularly since many of them would not go on to develop diabetes anyway.

The World Health Organisation (WHO) has stated that "use of 'pre-diabetes' is discouraged to avoid any stigma associated with the word diabetes and the fact that many people do not progress to diabetes as the term implies." Guidance from the UK National Institute for Health and Care Excellence (NICE) broadly aligns with the WHO statement, looking to "move away from describing 'pre-diabetes' as a separate condition". So in the way of official authoritative organisations, ADA is pretty much on its own in using this term. Yet it has caught on heavily in the global scientific literature and because of ethnic differences in A1c levels, it may be an even less valid category in other countries and demographics.

"Pre-diabetes is an artificial category with virtually zero clinical relevance," says lead author John S Yudkin, Emeritus Professor of Medicine at UCL. "There is no proven benefit of giving diabetes treatment drugs to people in this category before they develop diabetes, particularly since many of them would not go on to develop diabetes anyway.

"Sensibly, the WHO and NICE and the International Diabetes Federation do not recognise pre-diabetes at present but I am concerned about the rising influence of the term. It has been used in many scientific papers across the world, and has been applied to a third of adults in the UK and half of those in China. We need to stop looking at this as a clinical problem with pharmaceutical solutions and focus on improving public health. The whole population would benefit from a more healthy diet and more physical activity, so it makes no sense to single out so many people and tell them that they have a disease."

Previous studies have tested the effectiveness of giving people with IGT a drug called metformin, which is used to lower blood sugar in people with diabetes. The drug reduced the risk of developing diabetes by 31% over 2.8 years, probably by delaying its onset rather than by completely halting its development. But people who go on to develop diabetes are often treated with metformin anyway and there is no evidence of long-term benefits to starting the treatment early.

"The ADA recommends treating pre-diabetes with metformin, but the majority of people would receive absolutely no benefit," explains Professor Yudkin. "There are significant financial, social and emotional costs involved with labelling and treating people in this way. And a range of newer and more expensive drugs are being explored as treatments for 'pre-diabetes.' The main beneficiaries of such recommendations would be the drug manufacturers, whose available market suddenly leaps to include significant swathes of the population. This is particularly true in emerging economies such as China and India, where regulating the healthcare market is a significant challenge."

"Healthy diet and physical activity remain the best ways to prevent and to tackle diabetes," says co-author Victor Montori, Professor of Medicine at the Mayo Clinic, Rochester, Minnesota, USA. "Unlike drugs they are associated with incredibly positive effects in other aspects of life. We need to keep making efforts to increase the overall health of the population, by measures involving public policy rather than by labelling large sub-sections of the population as having an illness. This is a not a problem to be solved at the bedside or in the doctor's surgery, but rather by communities committed to the health of their citizens."