Invertebrate numbers have decreased by 45% on average over a 35 year period in which the human population doubled, reports a study on the impact of humans on declining animal numbers. 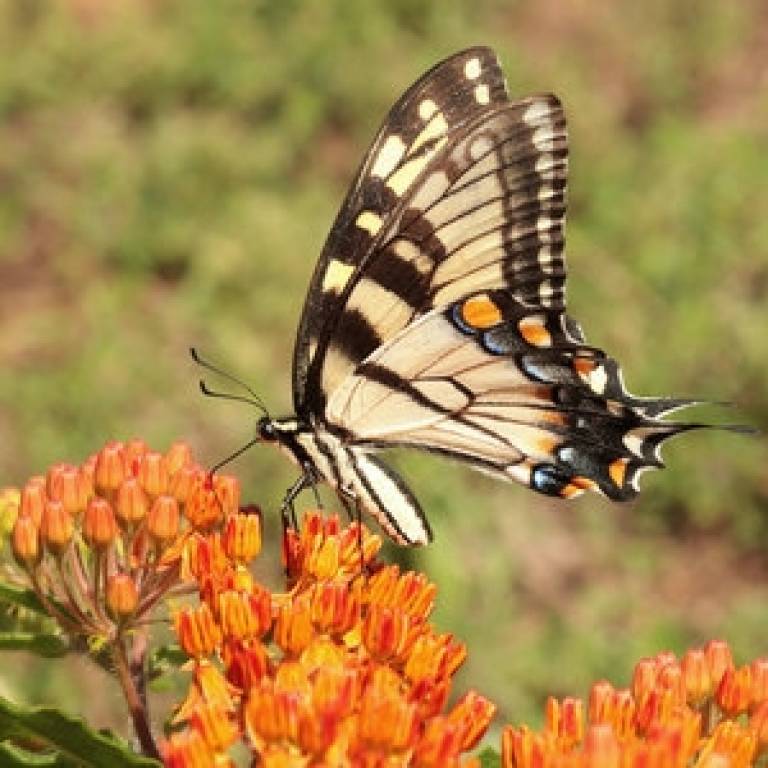 This decline matters because of the enormous benefits invertebrates such as insects, spiders, crustaceans, slugs and worms bring to our day-to-day lives, including pollination and pest control for crops, decomposition for nutrient cycling, water filtration and human health.

The study, published in Science and led by UCL, Stanford and UCSB, focused on the demise of invertebrates in particular, as large vertebrates have been extensively studied. They found similar widespread changes in both, with an on-going decline in invertebrates surprising scientists, as they had previously been viewed as nature's survivors.

The decrease in invertebrate numbers is due to two main factors - habitat loss and climate disruption on a global scale. In the UK alone, scientists noted the areas inhabited by common insects such as beetles, butterflies, bees and wasps saw a 30-60% decline over the last 40 years.

The diminishing status of invertebrate populations greatly compromise nature's ability to provide us with what we need. In economic terms, they provide us with important services, often worth billions of GBP£:

While we don't fully understand what the long-term impact of these declining numbers will be, currently we are in the potentially dangerous position of losing integral parts of ecosystems without knowing what roles they play within it

Scientists believe there is a growing understanding of how ecosystems are changing but to tackle these issues, better predictions of the impact of changes are needed together with effective policies to reverse the losses currently seen. Using this approach, conservation of species can be prioritised with the benefit of protecting processes that serve human needs, and successful campaigns scaled-up to effect a positive change globally.

Dr Ben Collen (UCL Biosciences), last author of the study, said: "We were shocked to find similar losses in invertebrates as with larger animals, as we previously thought invertebrates to be more resilient. While we don't fully understand what the long-term impact of these declining numbers will be, currently we are in the potentially dangerous position of losing integral parts of ecosystems without knowing what roles they play within it.

"Prevention of further declines will require us to better understand what species are winning and losing in the fight for survival and from studying the winners, apply what we learn to improve conservation projects. We also need to develop predictive tools for modelling the impact of changes to the ecosystem so we can prioritise conservation efforts, working with governments globally to create supportive policy to reverse the worrying trends we are seeing."

Professor Rodolfo Dirzo (Stanford Woods Institute for the Environment), lead author of the study, said: "Where human density is high, you get high rates of defaunation, high incidence of rodents, and thus high levels of pathogens, which increases the risks of disease transmission. Who would have thought that just defaunation would have all these dramatic consequences, but it can be a vicious circle.

"We tend to think about extinction as loss of a species from the face of Earth, and that's very important, but there's a loss of critical ecosystem functioning in which animals play a central role that we need to pay attention to as well. Ironically, we have long considered that defaunation is a cryptic phenomenon, but I think we will end up with a situation that is noncryptic because of the increasingly obvious consequences to the planet and to human well-being."