Vibrations influence the circadian clock of a fruit fly

The internal circadian clock of a Drosophila (fruit fly) can be synchronised using vibrations, according to research published today in the journalScience. 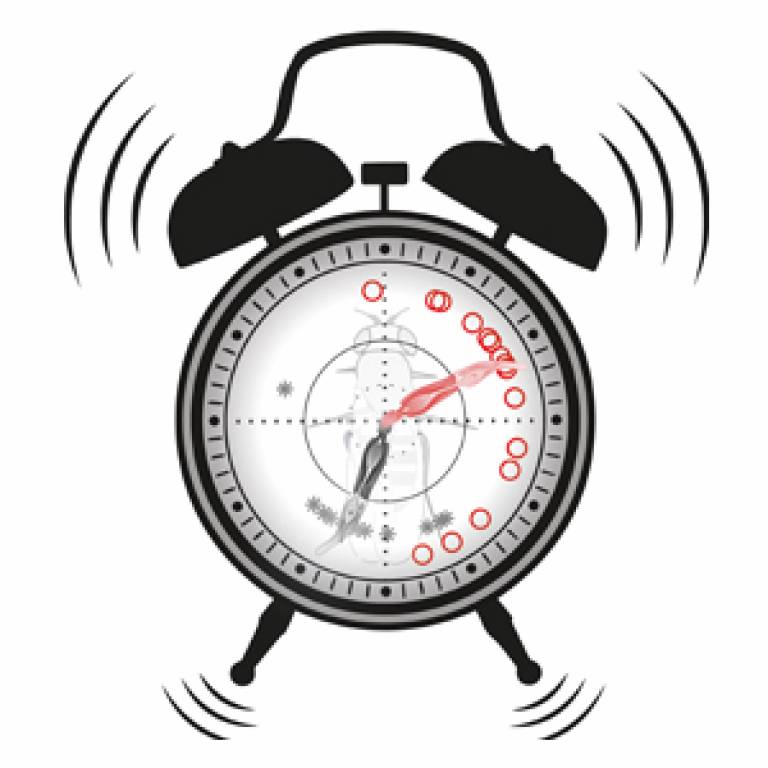 The study suggests that an animal's own movements can influence its clock.

The circadian clock, which underlies the daily rhythms characterising most of our bodily functions, including the sleep cycle, is mainly set by diurnal changes in light and temperature.

Researchers at UCL and Queen Mary, University of London, have now shown that exposure to 12-hour cycles of vibration and silence are also sufficient to synchronise the fly's internal clock, and corresponding daily locomotor activity.

"In a nutshell, our research shows that, in flies, the biological clock which regulates most bodily functions can be set - or entrained - not only by light and temperature, but also by mechanical stimuli that excite sensory receptors in the body," says Dr Joerg Albert (UCL Ear Institute), a senior author of the study.

"Our research encourages further research into the genetic and cellular basis of how the circadian clock is set," continues Dr Albert. "In mammals and humans there has been sporadic, but as yet inconclusive evidence to show if, and how, movement such as scheduled physical exercise can reset the clock."

The biological clock which regulates most bodily functions can be set - or entrained - not only by light and temperature, but also by mechanical stimuli that excite sensory receptors in the body.

Professor Ralf Stanewsky (Department of Cell and Developmental Biology, UCL; previously Queen Mary, University of London) another lead author of the study added: "Our experiments offer a novel pathway for setting the circadian clock that may well be relevant for the treatment of clock related diseases, such as insomnia, depression, bipolar disorder.

"It also offers a novel way to set the circadian clock using movement as well as extrinsic entrainment such as ambient light and temperature fluctuations. It could point to the existence of an animal's internal 'own time' that might have to be negotiated with the external 'world time'."