Molecular vibrations, rather than molecular shape, give substances their distinct smell according to a new study by UCL scientists. 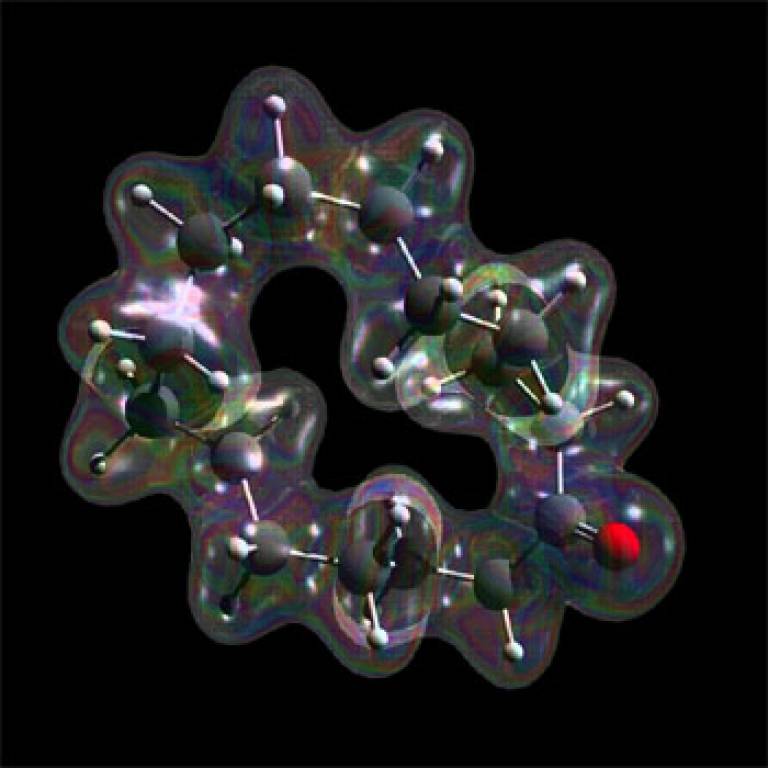 In a study designed to find out how smell is written into a molecule's structure, scientists tested whether changing how a molecule vibrates on a nano-scale changes its smell.

Molecules are made of atoms connected by bonds. The arrangement of bonds and atoms defines the vibration of the molecule. Chemists can therefore identify molecules by their vibrations, using a spectroscope.

Results from the study appear to show that the deuterium musk molecules smell different to the hydrogen musk molecules, confirming that a molecule's molecular vibrations determine its smell. The study in published in the journal PLOS ONE.

The study suggests that receptors in our nose are able to detect a nano-scale quantum mechanism called 'inelastic electron tunnelling' to detect molecular vibrations. First proposed at UCL in 1996, the idea was initially considered outlandish, although physicists confirmed the mechanism worked in theory.

mell is the least understood of our senses. We can detect and identify tens of thousands of smelly molecules by smell alone. The greatest mystery can be summed up in one question: what makes a molecule smell of rose, lemon or rotten eggs?

Dr Luca Turin, formerly a UCL lecturer and now at Alexander Fleming Biomedical Sciences Research Center in Athens, Greece, and author of the study said: "Smell is the least understood of our senses. We can detect and identify tens of thousands of smelly molecules by smell alone. The greatest mystery can be summed up in one question: what makes a molecule smell of rose, lemon or rotten eggs?"

"This work shows that altering molecular vibrations of molecules changes their smell. Receptors in our noses are acting like tiny spectrometers to identify molecules by their vibrations."

For a long time scientists believed that the characteristic smell of a molecule was written in its shape. This makes sense as we know that the several hundred types of receptors in our nose that detect odorants are similar to other receptors elsewhere in the body that detect things by shape. However there is a problem with the theory. There appears to be no connection between molecular shape and smell. The fragrance industry cannot predict the smell of a molecule before it is made, and makes thousands of molecules before it hits the right one.

An alternative theory was proposed by British chemist Malcolm Dyson in the 1930s suggesting that our nose detects not the shape, but the vibrations of molecules. In 2011 Turin and collaborators at the BSRC Alexander Fleming in Athens, Greece showed that fruit flies can tell deuterium odorants from normal ones. Now they show using deuterated versions of molecules used in perfumery that humans too can detect the presence of deuterium in a molecule.

Mr Simon Gane, a co-author of the study from the London Centre for Nanotechnology (LCN) and a surgeon at the UCL Ear Institute, said: "Changing the mass of some atoms inside certain molecules can affect the way they smell to humans, even though that does not change their shape in a large way. This is difficult to explain without the vibrational theory."