People can reliably select the winners of classical music competitions based on silent video recordings of performances, according to new research from UCL. 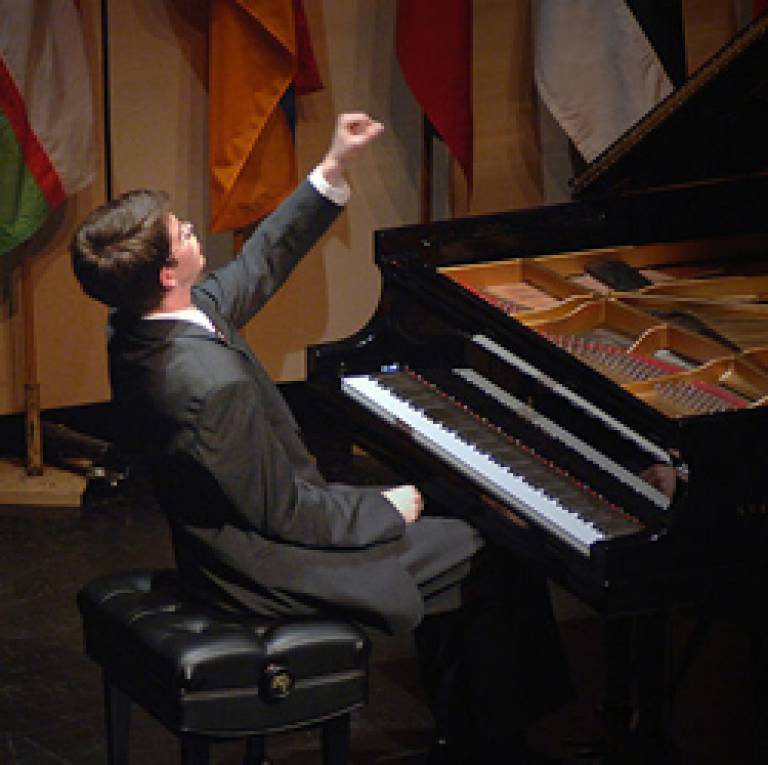 However, the study also finds that neither classical music novices nor professional musicians are able to identify the winners of competitions based on sound recordings alone.

The results highlight the perhaps uncomfortable finding that we rely more on visual information when judging a music performance than the sound of the music itself.

Visual cues, such as the perception of a performer's "passion" or "involvement", were found to be good predictors of winning performances according to the results of the study, published today in the journal Proceedings of the National Academy of Sciences (PNAS).

Dr Chia-Jung Tsay, author of the study from (UCL Management Science and Innovation), and a concert pianist, said: "Classical music training is often focused on improving the quality of the sound, but this research is about getting to the bottom of what is really being evaluated at the highest levels of competitive performance."

It's unsettling to find - and for musicians not to know - that they themselves relegate the sound of music to the role of noise.

"The results show that even when we want to be objective in evaluating the sound of music, when it comes to live performance, the visual experience can be the most influential aspect. People in the studies weren't able to distinguish elements like 'passion' from the sound of the music alone, and these factors appear to be used as proxies for quality."

"It's unsettling to find - and for musicians not to know - that they themselves relegate the sound of music to the role of noise."

In this series of experiments, 886 participants were given either video-only, sound-only, or video-plus-sound versions of short clips of the top performances from 10 international competitions.

When the participants were novices, although 83% said that sound mattered most for their evaluation, the results showed that across all 10 competitions, they were significantly better at identifying the winners with silent video recordings than sound-only recordings.

The research then tested whether visual cues were also dominant among professional musicians. This group, 96% of whom said that sound mattered most for their evaluation, also did better at identifying the winners when presented with silent video-only recordings.

Only 20.5% of experts could identify the winners based on sound-only recordings, while 46.6% were able to do so through video-only recordings. Similarly to the novices, the effect held across all 10 classical music competitions used in the study.

Our predilection for using visual information in decision making is a trait that is likely a result of evolved adaptive behaviour.

However, valuing visual information above other sorts of information may be problematic when it distracts us from content that is a better predictor of a person's likely success.

Dr Tsay explained: "We must be more mindful of our inclination to depend on visual information at the expense of the content that we actually value as more relevant to our decisions. The findings in the domain of music suggest interesting implications for many other domains, whether the decisions involve hiring employees, interviewing physicians, or selecting political leaders."