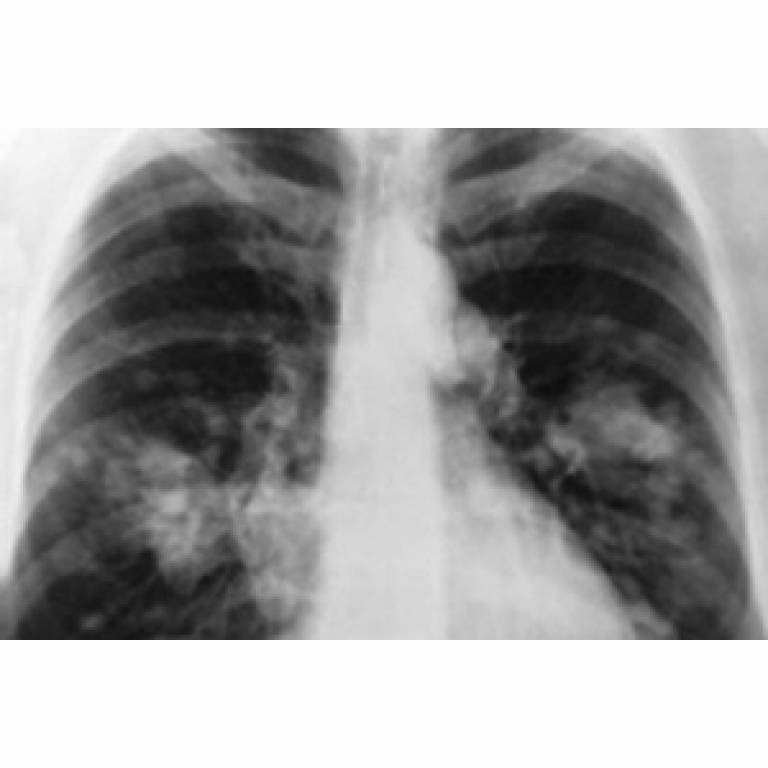 2 months, compared to 4.1 months for patients who were given a placebo.

The study, led by Professor Siow Ming Lee (clinical researcher for Cancer Research UK at the UCL Cancer Institute), is published in the journal Lancet Oncology.

For patients who, in addition to developing the painless rash, also carried mutations in the epidermal growth factor receptors (EGFR) on the surface of their cancer cells, the survival time was even greater at 10.4 months.

Around eight in 10 cases of this form of lung cancer occur in people aged 60 and over, and the average age of patients in the UK is 72 years. Many of these elderly patients are diagnosed at a late stage and already have other illnesses, meaning they are often too frail to be treated with conventional chemotherapy. This means that palliative care is usually the only option available to them.

These trial results show that giving erlotinib to these patients can significantly improve survival, if they develop a rash due to the drug.

Professor Siow Ming Lee said: "The vast majority of NSCLC patients are elderly and diagnosed at a late stage, often leaving them too frail to cope with the rigours of chemotherapy. Until now, the only option for these patients has been palliative care. But these trial results offer potential hope, with six in every 10 patients who received erlotinib developing a rash that signalled whether or not they were benefitting from this drug treatment. This is extremely encouraging and represents a significant step forward for this group of patients, who often only have a short time left to live.

These trial results offer potential hope, with six in every 10 patients who received erlotinib developing a rash that signalled whether or not they were benefitting from this drug treatment. This is extremely encouraging and represents a significant step forward for this group of patients, who often only have a short time left to live.

"Interestingly, we found that women who developed a rash after taking erlotinib tended to survive longer than men. And smokers were less likely to develop a rash than non-smokers or former-smokers, when treated with erlotinib. Further studies to understand the link between skin rash and erlotinib response are urgently needed to find ways of exploiting this relationship for maximum benefit."

Six-hundred and seventy patients took part in the study from 78 hospitals around the UK, conducted by Cancer Research UK and the UCL Cancer Trials Centre. They were randomly assigned to receive tablets containing either erlotinib or a placebo. All patients had advanced stage NSCLC, the majority were aged over 75 and almost all had two or more other medical conditions and were not suitable for chemotherapy treatment.

Liz Woolf, head of Cancer Research UK's patient information website, CancerHelp UK, said: "Lung cancer kills more people in the UK than any other type of cancer - around 96 people every day - with smoking being the biggest preventable cause of this disease. And with the majority of cases diagnosed in older patients with advanced disease, we urgently need treatments that are suitable for these often very ill patients. But equally, we need ways of determining which patients are not likely to benefit, so that they can be spared the side effects that unavoidably accompany such powerful drugs.

"We hope these important trial results will in future mean that more people can benefit from the valuable extra months of life that erlotinib can bring some patients, who would otherwise have very few treatment options.

"Cancer Research UK is in a unique position to help develop new potential treatments like this, while also trying to reduce the tobacco toll by discouraging our children from taking up smoking in the first place. Our campaign for the introduction of plain packaging for cigarettes is essential if we are to beat cancer by targeting it at its source."