Research carried out at the UCL Institute of Child Health and Great Ormond Street Hospital has identified that the gene causing red hair - melanocortin-1-receptor (MC1R) - is more common in children with Congenital Melanocytic Naevi (CMN), a rare form of birthmark. 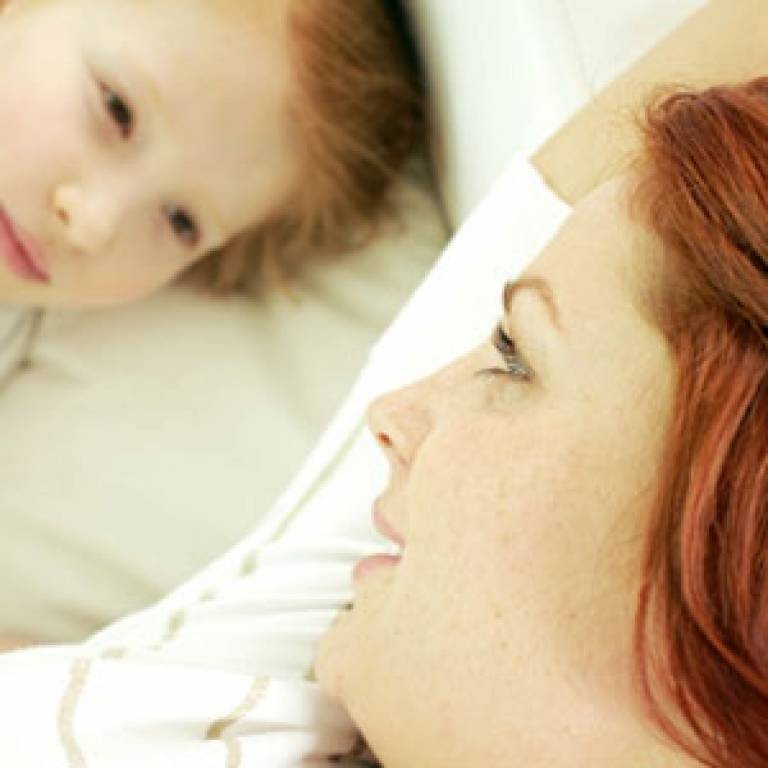 CMN are rare brown or black birthmarks which cover up to 80% of the skin surface area. They can vary in size and number, and can occur anywhere on the body. The incidence of larger or multiple lesions is approximately 1 in 20,000 new births per year.

In the study published in the Journal of Investigative Dermatology, 166 people with CMN had their hair and eye colour recorded, and had their blood checked for the MC1R gene. Results were compared to a local control group of 60 unrelated children and with 300 UK children without CMN from the Children of the 90s study (ALSPAC) at the University of Bristol.

The changes in the gene causing red hair (MC1R) were found to be more common in children with CMN and in their families, than those without the condition.  In particular, children with CMN were much more likely to carry two copies of those changes, one from each parent.

Researchers also identified that certain changes in the gene are associated with children having much more severe skin changes, for example a larger CMN, indicating that MC1R genotype influences the development of these birthmarks when the child is in the womb.

This study shows an association between the gene that causes red hair and CMN. The gene seems to make CMN more likely to develop, particularly if the child has inherited a copy of the gene from each of their parents.

Dr Veronica Kinsler runs the paediatric pigmentary service at GOSH and has a weekly clinic for CMN.  She explains: "CMN is a very rare condition, and currently there are no good medical treatments for it.  In order to find treatments we need to understand what caused the birthmarks to occur in the first place, and therefore we are investigating the genetics of CMN.

"This study shows an association between the gene that causes red hair and CMN. The gene seems to make CMN more likely to develop, particularly if the child has inherited a copy of the gene from each of their parents. Also some variants of the gene are associated with the CMN being larger.

"If you have red hair in your family, these findings should not worry you, as changes in the red hair gene are common, but large CMN are very rare.  So the changes do not cause the CMN to happen, but just increase the risk."

CMN birthmarks can be associated with moles also in the brain, and more rarely with skin cancer (melanoma).  Doctors at Great Ormond Street Hospital regularly check patients for signs of any developments, for example by carrying out MRI scans of the brain.  But there is a need for improved treatments for such complications relating to CMN.

Dr Veronica Kinsler explains: "The genetic studies we are doing are also helping to identify which children are at highest risk of these complications.  In particular, carrying the changes in MC1R which cause red hair is already known to be associated with melanoma, so this may partly explain why children with CMN have an increased risk of skin cancer. But again, I'd like to stress that families with red hair should not worry as CMN is very rare."

An unexpected finding in the study was that the same changes in the red hair gene that  were associated with larger birthmarks also seem to have a more general effect on foetal growth  -  babies with those particular changes had a significantly higher birth weight than those without. This was confirmed in both the CMN group and in the control group from the Children of the 90s study.

Dr Kinsler says: "The effect on birthweight was a complete surprise.  We looked for it when we noticed that certain changes in the gene were associated with the CMN being larger, and wondered if they affected growth more generally. However, it is important to stress that this is a relatively small study for looking at birthweight, and we are now checking this finding in a much larger group of people without CMN."

Doctors at Great Ormond Street Hospital estimate there are only around 3,000 individuals with severe CMN at the moment in the UK, with lots more who are mildly affected.

The research was funded by the Wellcome Trust and Caring Matters Now charity.