Is the 'longevity gene' nearing the end of its life?

Sirtuins, proteins believed to significantly increase lifespan in a number of organisms - and the claimed target of some anti-ageing creams - do not, in fact, affect animal longevity, according to new research funded by the Wellcome Trust and the European Union. 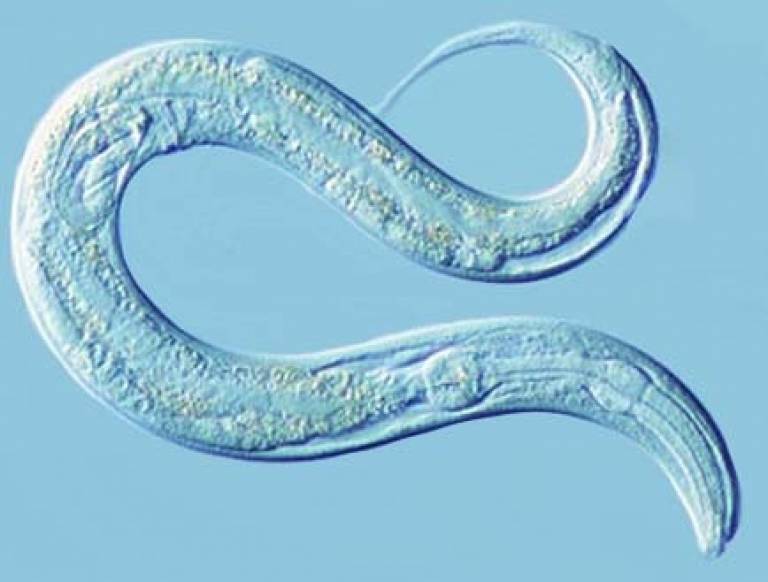 Sirtuins had previously been linked to ageing and longevity in yeast, the nematode worm and the fruit fly, organisms commonly used as models for the biology of human ageing. Researchers had shown that when the organism's genes overproduced sirtuin, its lifespan was significantly extended, in nematodes by as much as 50%.

Further research also highlighted a connection between sirtuins and dietary restriction. Dietary restriction - significantly reducing the amount of nutrients consumed - is known to extend lifespan in many organisms, including some mammals. Research suggested that it works by activating the production of sirtuins.

The studies caused much interest in both the scientific community and the media. Some dubbed the sirtuin-producing gene the 'longevity gene'. A number of anti-ageing creams have been launched which contain resveratrol - a plant derived drug found at trace levels in red wine which was claimed to activate sirtuins. However, subsequent research cast doubt on the claims that resveratrol is a sirtuin activator.

Now, a study published today in the journal Nature, led by Dr David Gems and colleagues at the Institute of Healthy Ageing at UCL (University College London), provides almost conclusive evidence that the effects on animal longevity seen in earlier experiments were not in fact connected to sirtuin.

Dr Gems and colleagues, together with researchers at the University of Washington, Seattle, and Semmelweis University, Budapest, first examined two different strains of nematode worm, each from a different prior study. The worms had been genetically manipulated so that the sirtuin gene was overactive.

As expected, these worms lived longer than the control 'wild-type' worms (that is, worms that had not been genetically manipulated). However, after precautions were taken to ensure that the only difference between control and test worms was the elevation of sirtuin levels, they found that the longevity disappeared. This implied that some other genetic factors must have caused the longevity initially seen. In one of the two original strains, they identified this as a mutation in a gene involved in the development of nerve cells.

Working with colleagues at the University of Michigan, the UK researchers then examined a transgenic version of the fruit fly, Drosophila melanogaster, in which the sirtuin levels were raised. This transgenic model had been the subject of earlier research which appeared to show that over-activation of sirtuins in the fruit fly increased longevity.

Dr Gems and colleagues were able to show that genetic factors other than sirtuins genes were the cause of the longevity. They also created a new strain of fruit fly with even higher sirtuin levels, but found that this was not long-lived either.

The researchers then prepared synthetic fruitfly sirtuin and tested whether it could be activated by resveratrol, as predicted by previous claims. However, neither the UK or US laboratories, each using several techniques, was able to show any activation.

Dr Gems comments: "These results are very surprising. We have re-examined the key experiments linking sirtuin with longevity in animals and none seem to stand up to close scrutiny. Sirtuins, far from being a key to longevity appear to have nothing to do with extending life. But I think this is good news in a way: after all, revising old ideas can be as important as presenting new ones to assure scientific progress. This work should help to redirect scientific efforts toward those processes that really do control ageing."

The Institute of Healthy Ageing at UCL was the recipient of a £5.9 million Wellcome Trust Strategic Award in 2007. Understanding the ageing process and how it can lead to chronic disease forms part of one of the Wellcome Trust's strategic goals.

Coverage in the New York Times