Small bypass vessels which act as a 'back-up system' for the heart's main arteries play a significant role in reducing the mortality of patients with coronary artery disease, according to new research. 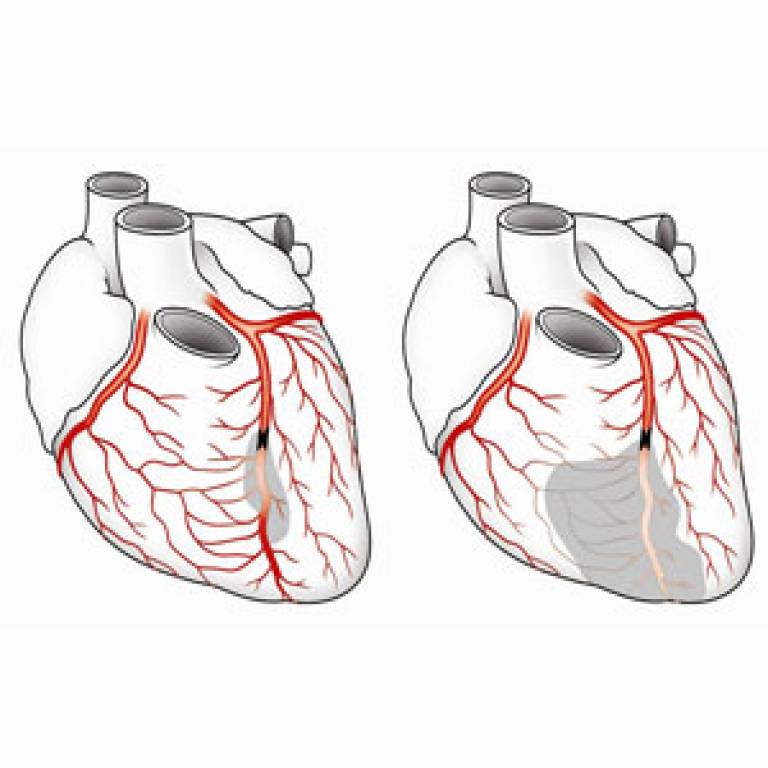 Researchers from UCL, University of Bern, Yale University and other international collaborators examined the role of natural bypass vessels called coronary collaterals in patients with blocked arteries. The study, published online today in the European Heart Journal, shows that patients with lots of these vessels have a 36% reduced risk of mortality, highlighting their importance as a therapeutic target.

Coronary collaterals are tiny, specialised blood vessels that connect the larger vessels in the heart. They can be thought of as the heart's 'back-up system' as they are essentially invisible until activated, when they can enlarge their diameters in order to carry significant blood flow and bypass blockages. For many years, doctors believed that there were no connections between the main coronary arteries, and if one of these arteries got blocked patients would normally undergo bypass surgery or stenting. However, research is now building up concerning the importance of coronary collaterals.

This study pooled data from 12 studies enrolling 6,529 patients. Researchers compared patient survival rates in participants with a high number of natural bypass vessels with those with minimal bypass vessels. Survival rates were higher among those who had a higher number of well developed vessels, compared to those with fewer or no such vessels. It is not yet clear why some people have better bypass networks than others, but scientists believe genes and lifestyle factors play an important role.

Lead author Dr Pascal Meier, a consultant at The Heart Hospital (part of University College Hospitals NHS Foundation Trust) and scientist at UCL Institute of Cardiovascular Science, commented: "When we see patients with a heart attack (clotted coronary artery), the damage caused to the heart varies greatly from person to person. One reason for this is because the 'back-up system' is better developed in some patients - but our study is the first to clearly show a difference in mortality. We found that whether patients underwent stenting to open their blocked artery or were treated with medications only, they had improved survival if their natural bypass vessels were better developed.

"A growing body of research demonstrates that these vessels are protective and reduce mortality in patients with blocked coronary arteries. We should find means to promote these natural bypass vessels in order to improve outcomes for patients with heart disease."

Dr Christian Seiler, Professor of Cardiology at the University Hospital Bern and senior investigator of this study, said: "We know that regular physical activity can improve the natural bypass network. Recently, some small studies have examined possible ways of promoting natural bypass vessels, such as a treatment known as external counterpulsation (which imitates physical activity) and injections with a growth factor called G-CSF. Our study adds weight to the increasing evidence that we should be focusing more of our efforts on identifying how we can better develop natural bypass vessels."

Dr Pascal Meier was appointed as a result of the Yale-UCL Collaborative and will continue to work closely with Yale scientists to develop new cardiovascular devices and treatments.