Bright Club at the UCL Bloomsbury 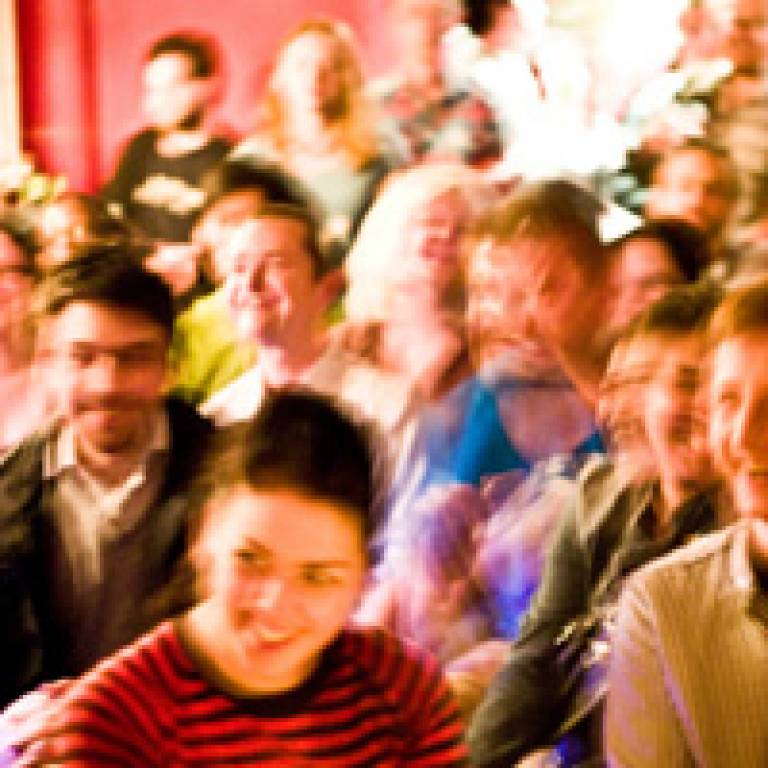 Steve Cross of the UCL Public Engagement Unit, explains the concept and history of this unique series of events.

Every month since September 2009 UCL staff have been taking to the stage at the Wilmington Arms comedy club in Clerkenwell to perform stand-up comedy about their areas of expertise.

We were keeping it a little bit of a secret from the UCL community, because we wanted to make sure that PhD students, professors and everyone in between really did make good stand-up comedians. It turns out that they do, and we've been selling out the Wilmington Arms regularly, so we're bringing Bright Club, the thinking person's variety night, back home to UCL this month.

On 26 October Bright Club is joining forces with the UCL Bloomsbury Theatre and UCL Museums to create a whole evening of comedy and entertainment, starring a mixture of professionals and UCL staff.

Bright Club was invented as a way to share UCL research with members of the public who wouldn't normally hear from us, and as a first step into public engagement for staff.

Past events have been sponsored by the Science and Technology Facilities Council and the Wellcome Trust, and we also record weekly podcasts supported by these two funders.

Performers on the 26 October include:

That's an awful lot of entertainment, in London's best comedy theatre, for just £5 a ticket.

Some things we've learned in more than a year of Bright Club: