Greater social equality is 'the key to wellbeing'

The prevalence of negative health and social factors in developed nations is highest where wealth is distributed unequally. 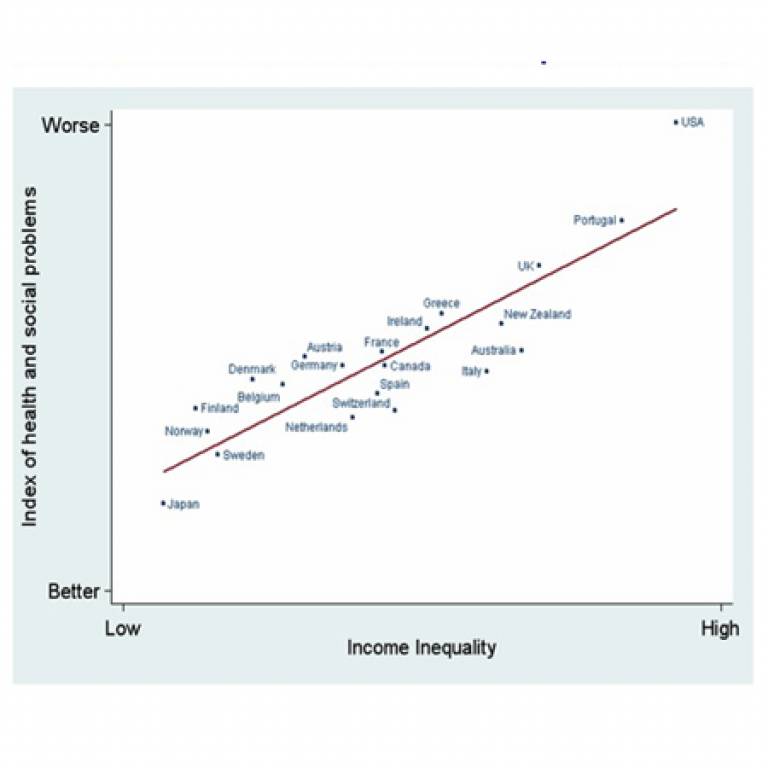 That pattern was demonstrated by worldwide epidemiological data presented by Professor Richard Wilkinson (Nottingham), co-author of The Spirit Level and co-founder of the Equality Trust, at a UCL Grand Challenge of Human Wellbeing event on 16 June 2010.

Speaking at 'Wellbeing for all? Achieving wellbeing in an unequal world', Professor Wilkinson said that in developed nations the degree of inequality - the size of the difference between the incomes of the rich and the poor - correlates with prevalence of a wide range of social and health problems. This includes life expectancy, which is not related to average incomes, but to income differences.

Societies with a bigger gap between the rich and the poor are bad for everyone in them, including the well-off. While greater equality yields the greatest benefits for the poor, the benefits extend to the majority of the population.