Press release 'Grid cells' that act like a spatial map in the brain have been identified for the first time in humans, according to new research by UCL scientists which may help to explain how we create internal maps of new environments. 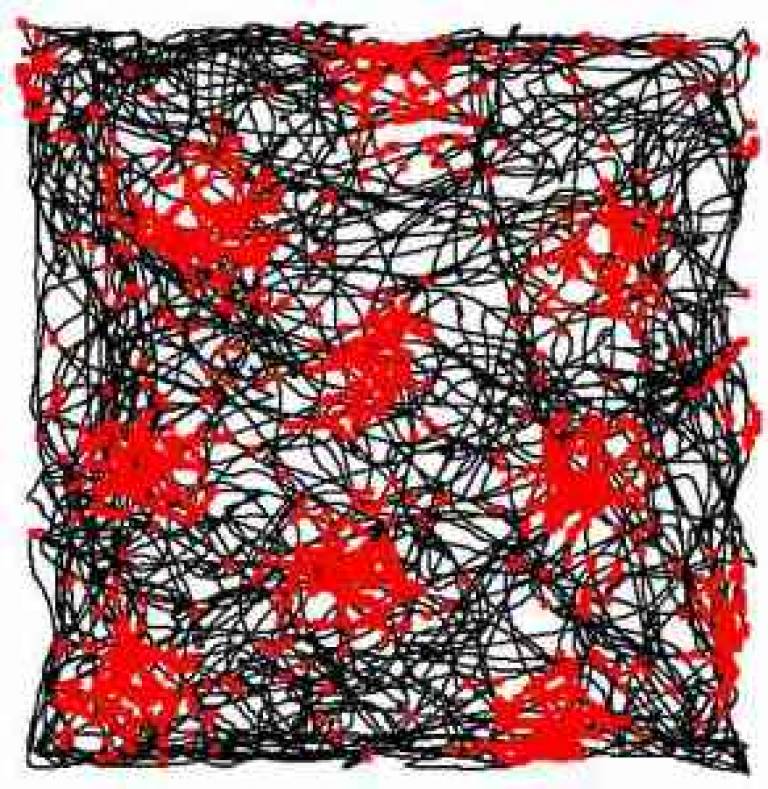 The study is by a team from the UCL Institute of Cognitive Neuroscience and was funded by the Medical Research Council and the European Union. Published today in Nature, it uses brain imaging and virtual reality techniques to try to identify grid cells in the human brain. These specialised neurons are thought to be involved in spatial memory and have previously been identified in rodent brains, but evidence of them in humans has not been documented until now.

Grid cells represent where an animal is located within its environment, which the researchers liken to having a satnav in the brain. They fire in patterns that show up as geometrically regular, triangular grids when plotted on a map of a navigated surface. They were discovered by a Norwegian lab in 2005 whose research suggested that rats create virtual grids to help them orient themselves in their surroundings, and remember new locations in unfamiliar territory.

Study co-author Dr Caswell Barry said: "It is as if grid cells provide a cognitive map of space. In fact, these cells are very much like the longitude and latitude lines we're all familiar with on normal maps, but instead of using square grid lines it seems the brain uses triangles."

Lead author Dr Christian Doeller added: "Although we can't see the grid cells directly in the brain scanner, we can pick up the regular six-fold symmetry that is a signature of this type of firing pattern. Interestingly, the study participants with the clearest signs of grid cells were those who performed best in the virtual reality spatial memory task, suggesting that the grid cells help us to remember the locations of objects."

Professor Neil Burgess, who leads the team, commented: "The parts of the brain which show signs of grid cells - the hippocampal formation and associated brain areas - are already known to help us navigate our environment and are also critical for autobiographical memory. This means that grid cells may help us to find our way to the right memory as well as finding our way through our environment. These brain areas are also amongst the first to be affected by Alzheimer's disease which may explain why getting lost is one of the most common early symptoms of this disease."

Image 1: A grid cell. The black line indicates the path an animal took as it walked. Red dots indicate the animal's position each time the cell turned 'on'. Viewed together the triangular pattern of points is clearly visible

Image 2: A virtual reality environment which human participants explored while lying in an fMRI brain scanner. An example of the spatially-organised firing pattern of a grid cell is overlaid on the arena floor