Franny Armstrong (UCL Zoology 1994), director of 'The Age of Stupid', participated in an audience discussion following the film's screening at UCL on 19 October 2009. 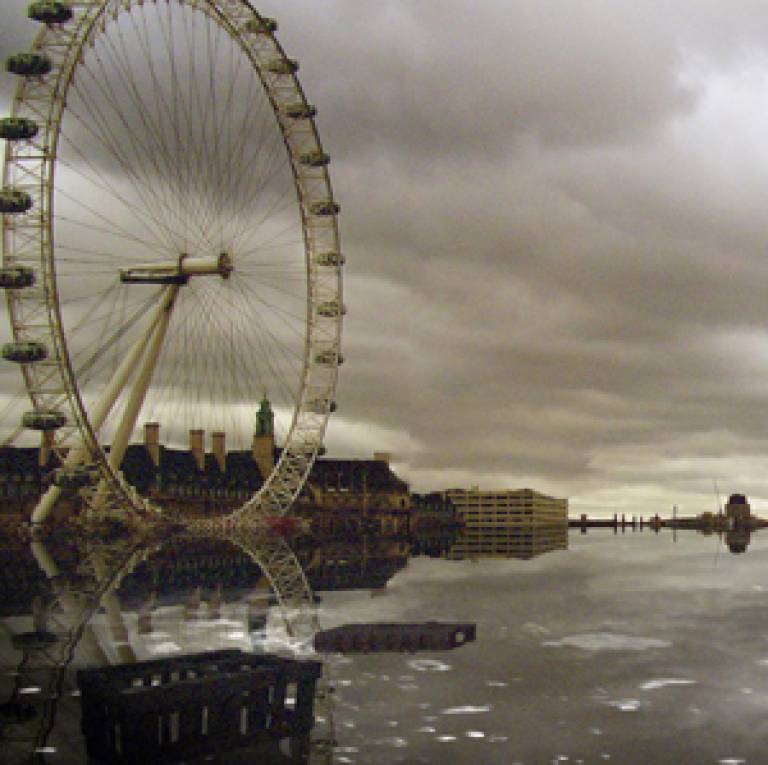 'The Age of Stupid', starring Pete Postlethwaite, is set in a post-apocalyptic 2055. It asks why, given the impending global disaster caused by climate change, present-day humanity did not choose to save itself by reducing carbon emissions.

The event, exactly seven weeks before the start of the COP15, the United Nations Climate Change Conference in Copenhagen, was sponsored by UCL's Grand Challenge of Sustainable Cities, in conjunction with Professor Jane Rendell (UCL Bartlett School of Architecture).

Introducing the film, Professor Rendell noted the title of Franny Armstrong's UCL thesis was 'Is the human species suicidal?' She drew attention to the powerful message and format of the film (in which issues around climate change are personalised through the experiences of six groups of people) as well as its innovative funding and distribution models ('crowd funding' by hundreds of individuals and groups, with a return coming from licensed screenings).

After the screening, Chris Rapley, UCL Professor of Climate Science and Director of the Science Museum, chaired the panel of experts:

Professor Rapley said it was the second time he had seen the film, and this viewing had revealed even greater richness and complexity. Panellists gave their initial reflections, which included the need to:

Responding to characterisations of the film as negative rather than hopeful, Franny said that humanity was accelerating toward its own end. The point of the film was that we are in an emergency situation and actions over the next several years were make or break for our survival. She invited UCL to apply itself to developing positive scenarios which could form the basis of a future film.

A wide-ranging set of contributions from the audience followed, which included: the assertion that capitalism is inherently destructive and new economic models must be developed; the difficulties of decision-making in democracies; the need for not only disruptive technologies but also 'storytellers' to shift expectations and aspirations; and the need to price carbon-based energy sources appropriately.

Professor Rapley drew the audience's attention to the Science Museum's exhibition 'Prove It', exploring the evidence that human activity is behind climate change, which opens on 22 October 2009.

UCL is committed to using its vast range of expertise to improve humanity's circumstances, initially around the Grand Challenges of Global Health, Sustainable Cities, and Human Wellbeing.

The underlying philosophy of the Grand Challenges programme is that solutions to complex and systemic problems emerge only when different kinds of expertise and methodologies are brought together: that our collective wisdom is greater than the sum of our expertise.

Cities - now home to more than half the world's population - face complex and systemic problems. UCL's Grand Challenge of Sustainable Cities is concerned with contributing to urban sustainability in the spheres of, for example, ecology, aesthetics, health, economics, culture, equity and intellect.

Our great strengths are the variety of prisms through which we can examine the sustainability of cities and the range of methodologies with which we can bring about change.