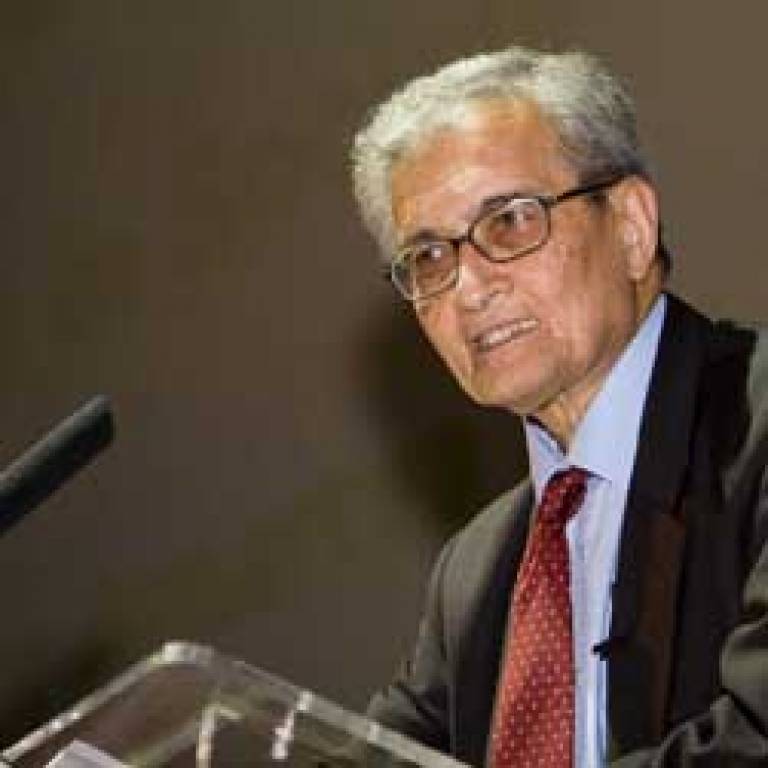 Nobel Laureate Professor Amartya Sen addressed a full UCL Bloomsbury Theatre on the theme of violence in society on 2 June as the climax of the 2009 UCL Global Citizenship series.

Professor Sen gave a stimulating and challenging lecture to an audience of senior diplomats, policymakers and journalists, as well as UCL staff and students, which explored ideas around 'organised violence' (war, genocide, terrorism) and violence against the individual.

Highlighting the inadequacies of some of the widely accepted explanations for violence as a phenomenon - including the idea that the world is experiencing a 'clash of civilisations' - Professor Sen made a plea for a global, multilateral debate on the causes of violence, and on ways in which governments, the media and educators might work together to address these effectively.

In particular, Professor Sen argued for an 'academic' approach to the issue - which he defined as one that "takes the time to understand the complexities around violent behaviour and its causes, without prejudging what these might be."

The lecture drew on the findings of the Commonwealth Commission on Respect and Understanding, which was chaired by Professor Sen, and which authored the report 'Civil Paths to Peace'. 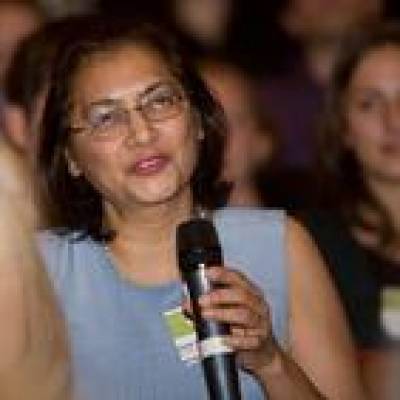 The Commission was established in response to a mandate from Commonwealth heads of governments, who in 2005, "affirmed the importance of promoting tolerance, respect, enlightened moderation and friendship among people of different races, faiths and cultures" and "requested the Secretary-General to explore initiatives to promote mutual understanding and respect among all faiths and communities in the Commonwealth."

The Commission comprised 11 distinguished and highly experienced representatives of a variety of disciplines and a cross-section of the Commonwealth. 'Civil Paths to
the way for the development of practical initiatives Peace' was fully endorsed by Commonwealth heads of government in 2007, paving the way to support young people, women, education and the media.

UCL seeks to provide an education for 'global citizenship': preparing our students for the intellectual, social and personal challenges they will encounter during their time in London - one of the most cosmopolitan cities in the world - and throughout their lives as members of a global community.