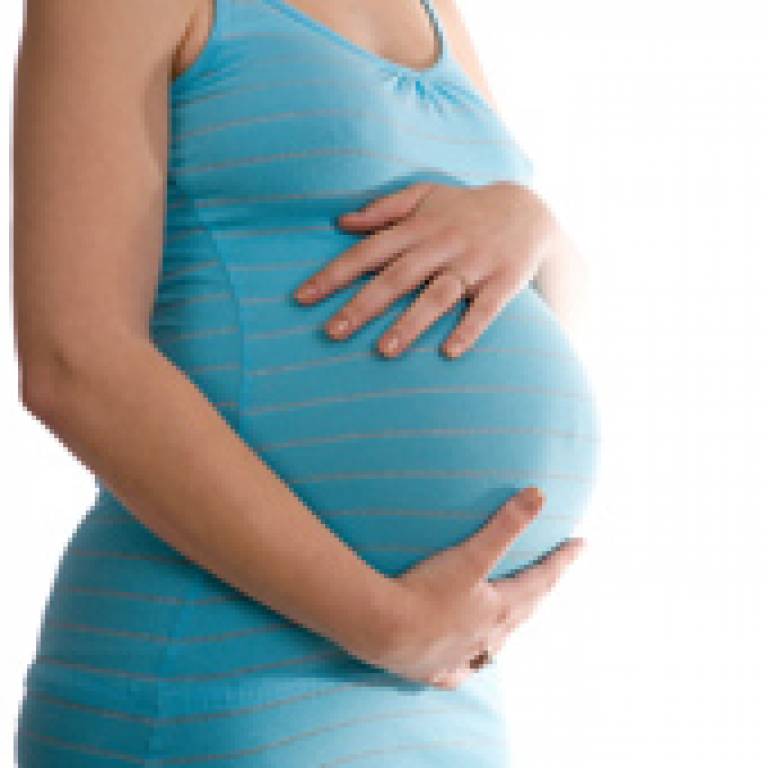 Professor Lyn Chitty (UCL Institute of Child Health) is leading a five-year research project to evaluate and, if appropriate, develop a plan to implement tests which could significantly reduce the number of women undergoing invasive tests during pregnancy such as amniocentesis.

Invasive tests carry around a one per cent risk of miscarriage, so each thousand invasive tests avoided would potentially save ten healthy babies. With 25,000 invasive tests for Down's syndrome and 1,500 invasive tests per year for genetic disorders such as cystic fibrosis, sickle cell disease, and Huntington's disease, the potential to avoid risk to the foetus and anxiety to the family is significant.

The multi-centre research programme is called RAPID (Reliable accurate prenatal non-invasive diagnosis) and is funded by the National Institute for Health Research (NIHR).

The tests are based on cell-free foetal DNA from the developing baby, which can be found in the mother's bloodstream. Tests involve taking a blood sample from the mother, centrifuging it, and then finding ways to analyse the baby's DNA.

This test is already offered for clinical use for sex determination in families at high risk of sex-linked inherited diseases, and for identifying whether the babies of Rhesus D- mothers are Rhesus D+ or Rhesus D-.  It has also been used in a very small number of cases to identify specific single gene disorders inherited from the father.

Proof of concept research in small numbers of cases has shown that Down's syndrome can be identified from around 11 weeks. However, the reliability and cost-effectiveness need to be rigorously assessed in much larger studies, and suitable laboratory and clinical standards drawn up before this could be used clinically.

Dr Lyn Chitty said: "This has to be evaluated properly but, if these early results can be confirmed in larger trials, we are still at several years off a reliable non-invasive test for Down's syndrome."

Non-invasive tests would remove the emotional turmoil suffered when couples have to decide whether or not to have an invasive test, and would provide results more quickly.

Image: Pregnant women may have to undergo fewer invasive diagnostic tests if the research led by Professor Chitty is successful

The UCL Institute for Child Health and the Great Ormond Street Hospital NHS Trust together form the largest centre for paediatric research outside the US and play a key role in training children's health specialists for the future.

UCL Partners will bring together the combined skill and expertise of its clinicians and researchers to focus on child health, eyes and vision, immunology and transplantation, infectious diseases, neurological disorders, women's health, cardiovascular research and cancer.