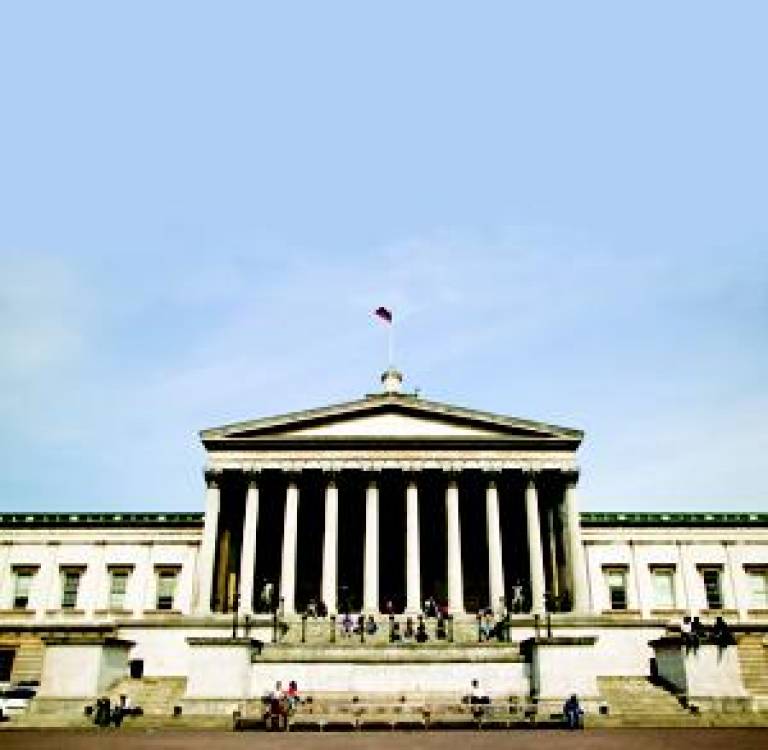 UCL has been awarded four prestigious European Research Council (ERC) Starting Grants, worth a total of €4.8 million to the university.

By contrast, UCL has been awarded 14 grants since the launch of the ERC, a success rate of 28% for its bids.

Michael Browne, Head of European Research and Development at UCL, said: "For UCL to continue its success with the ERC by securing another four grants, totalling €4.8 million, is excellent news for both the Principal Investigators (PI) involved, and for the institution as a whole. Since the main criteria for the ERC is to fund only the very best PIs, it really is testament to UCL as a hub of scientific excellence".

David Choi (UCL Institute of Neurology) received €1.6 million for a four-year project, which aims to use unique cells from the nose, called olfactory ensheathing cells, in patients who have had an injury to the nerves connecting the spinal cord to the arm. He explains: "At the moment, these injuries are associated with permanent severe pain and paralysis of the arm. Transplantation of these cells in experimental models has shown improvements in function, and we aim to study these effects now in patients."

She explained: "25 per cent of our universe seems to be made of dark matter and 70 per cent is an even more mysterious dark energy. The gravitational field of clumps of dark matter distort the images of distant galaxies in the same way that the light from streetlamps is distorted by the glass in a bathroom window. By analysing the distortions of distant galaxies (gravitational shear) we can reconstruct the properties of the dark matter distribution, and by repeating the exercise for galaxies at different distances from us we can study how the dark matter clumps at different times in the history in the universe, which gives us vital clues on the nature of dark energy."

The project will investigate the statistical and computational challenge of measuring galaxy shapes from noisy images of the sky and is interdisciplinary, working with the Centre for Computational Statistics and Machine Learning at UCL.

He explains: "Recent psychological and experimental literature on human behaviour suggests that standard preferences assumed in economic models are inadequate to explain human choice behaviours in numerous environments. The primary objective of the project is to establish evolutionary foundations for non-standard preferences. The basic principle of the project is that choice behaviours of individuals are determined by their genes, and only those genes that induce the highest possible population growth rate survive evolution. This principle will be applied to derive implications for time preferences, preference for similarities, preferences for discrimination, preferences for conformity, and other important socio-economic behaviours."

Context: UCL and Europe
UCL has won numerous European research grants, and pursues academic collaborations with universities across Europe. The university is also a member of the prestigious League of European Research Universities (LERU). To find out more about UCL internationally, see UCL Global.