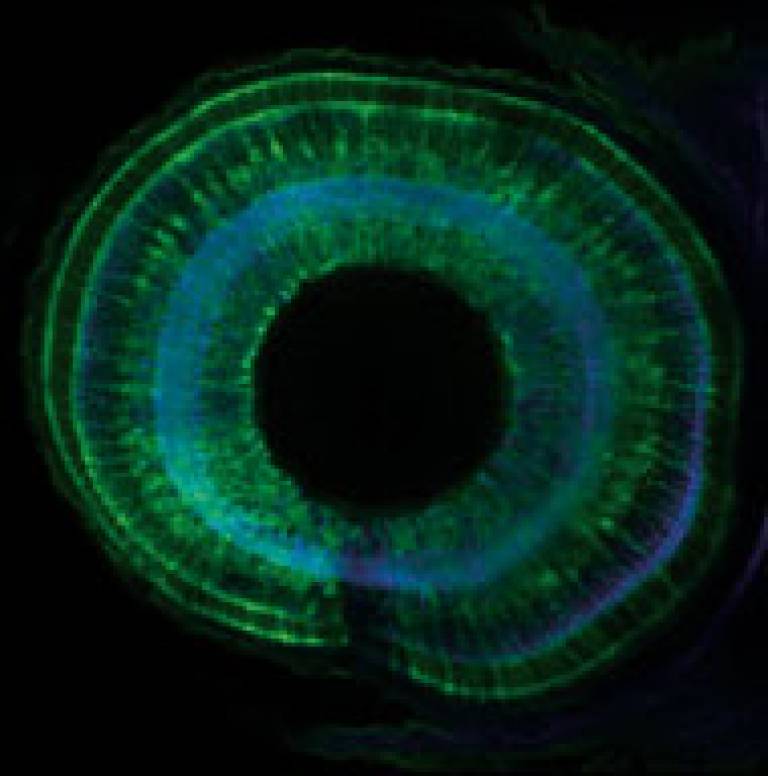 Professor John O'Keefe (UCL Biosciences) has won the 2008 Neuroscience Prize of the Peter and Patricia Gruber Foundation for "his pioneering work concerning the neural basis of complex cognitive functions in freely moving animals".

Professor O'Keefe will receive the award, consisting of a gold medal and $500,000, on 16 November 2008 during the annual meeting of the Society for Neuroscience in Washington, DC. He will then deliver the Peter and Patricia Gruber Lecture.

In 1971, Professor O'Keefe first described the existence of place cells, which are neurons located in the hippocampus - a part of the brain that plays a major role in spatial navigation and memory. Place cells become highly active when an animal occupies a part of an environment corresponding to the cell's place field. Different place cells respond to different locations in the environment. This finding, and the subsequent development of a theory of a cognitive map of the environment, has proved highly influential in the development of the field of cognitive neuroscience.

Dr Sten Grillner, a neuroscientist at the Karolinska Institute in Sweden and Chair of the Gruber Foundation's Neuroscience Selection Advisory Board, said: "John O'Keefe's astounding discovery explains how the brain makes us find the way from point A to B along a tortuous and complex path. We then need to remember a sequence of different places to pass - all in appropriate order. Each place cell serves as a sign-post that tells us how far we have reached along the path."

He added: "The ability to remember the path to any important location, spatial navigation, is an indispensable property of the nervous system of practically all animals, without which there would be chaos. It also tells us about key aspects of learning which may have critical importance in understanding human disorders such as memory loss."

Commenting on Professor O'Keefe's award, Professor Ed Byrne, Dean of UCL Biomedical Sciences and Head of the UCL Medical School, said: "Professor John O'Keefe's major discovery of the hippocampal cells that underpin spatial navigation and memory is one of the seminal discoveries of modern neuroscience. John follows a tradition of great scientific discovery in neuroscience at UCL and is a worthy companion for his illustrious forebears."

Among Professor O'Keefe's current research interests is the application of his extensive knowledge of place cell behaviour and hippocampal spatial function to the study of diseases of memory, in particular Alzheimer's disease. He and his colleagues have recorded hippocampal units in a mouse model of Alzheimer's during a spatial memory task, finding deterioration in the spatial information content of place cells in older transgenic mice, which correlated with the animals' impairment on the memory task and also with amyloid plaque burden in the hippocampus - a neuropathological sign of Alzheimer's.

Professor O'Keefe said: "We think that this will be a good model for the study of the development of the disease and for assessment of potential treatments.  A failing memory is one of the earliest signs of Alzheimer's and we hope to identify the underlying brain pathologies through their effects on place cell memory function."