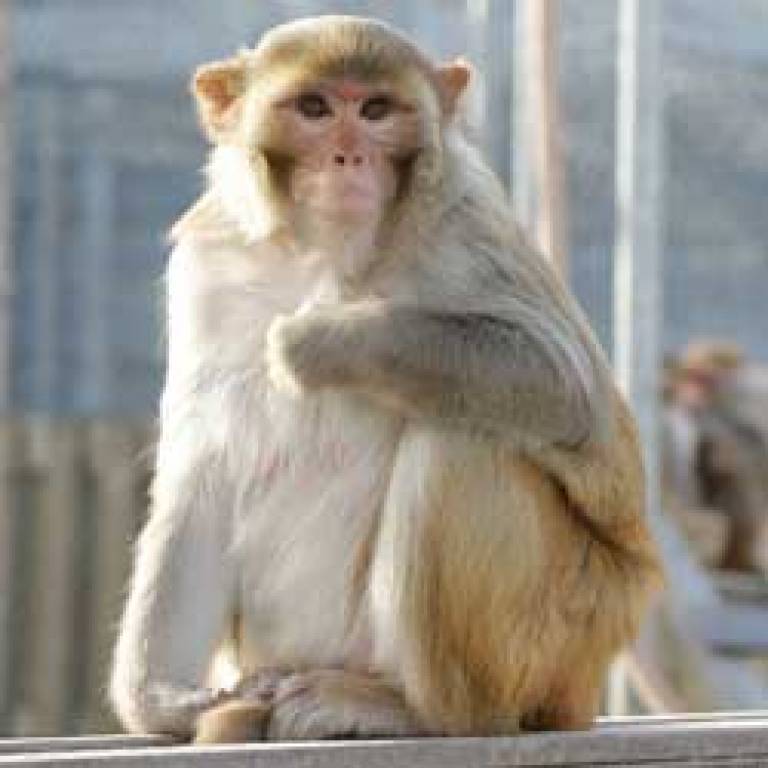 A team of UCL scientists has identified a combination of genes in a species of monkey that protects against retroviruses such as HIV. The discovery will be used to develop a gene therapy for HIV/AIDS in humans.

The finding is a significant step in understanding how retroviruses such as HIV can move between species and the biological mechanisms behind the 'jumping genes' that make some monkeys immune.

Led by Professor Greg Towers (UCL Infection & Immunity), the Wellcome Trust-funded group has identified a combination of genes in a species of monkey that protects against retroviruses - a particularly opportunistic family of viruses that can integrate into the host's genome and replicate as part of the cell's DNA. The team's findings are published the current issue of 'Proceedings of the National Academy of Sciences'.

Professor Towers explained: "HIV causes AIDS and affects around 40 million people worldwide.  Research has shown that HIV entered the human population from a chimpanzee retrovirus called SIV early in the 20th century. In order for a virus to successfully cross the species barrier and jump into a new species, it first has to bypass the new host's innate immune system, mediated by a combination of genes and proteins. One such gene, called TRIM5, has been shown to protect certain species from retroviruses - but unfortunately the human TRIM5 gene does not protect against HIV infection."

The team found that a species of Asian monkey called Rhesus Macaques has a sophisticated 'antiviral arsenal' that can protect it against retroviruses. By closely examining TRIM5 in this species, they demonstrate that in some monkeys another gene called Cyclophilin has been joined to the TRIM5 gene, generating a TRIMCyp fusion.

Dr Sam Wilson (UCL Infection & Immunity), the paper's first author, said: "Cyclophilin is very good at grabbing viruses as they enter cells. By fusing Cyclophilin to TRIM5, a gene is made that is good at grabbing viruses and then destroying them. This is the second time that this fusion has been identified - a TRIMCyp gene also exists in South American Owl Monkeys and, until now, this was thought to be an evolutionary one-off.  This new research shows that a TRIMCyp has evolved independently in two separate species - it's like lightning has struck twice. It's a remarkable example of convergent evolution, where organisms independently evolve similar traits as a result of having to adapt to similar environments. It also highlights the evolutionary selection pressure that viruses like HIV can apply."

Professor Towers added: "The discovery is a compelling example of how 'jumping genes' can shuffle an organism's genetic makeup, generating useful new genes, and it is an exciting possibility for novel treatments for HIV/AIDS.  About 25 per cent of Rhesus Macaques have the TRIM5 and a TRIMCyp gene, greatly expanding their antiviral arsenal. The others have immunity, based around TRIM5, that protects them against a different combination of viruses. The gene seems to be evolving to protect the individual species from a range of different virus sequences."

Professor Towers and his team now aim to develop humanised TRIMCyp that blocks HIV infection by artificially fusing human Cyclophilin and human TRIM5. Professor Towers said: "We can then introduce the TRIMCyp into stem cells, using gene therapy technologies, and the stem cells could repopulate the patient with blood cells that are immune to HIV. This work, already underway, could offer a real possibility of novel treatments for HIV/AIDS."