The research and clinical team of Professor Mark Pepys, Head of Medicine at the Hampstead Campus and the Royal Free Hospital, is making exciting progress in its efforts to design and develop new drugs to treat both common and rare serious diseases. 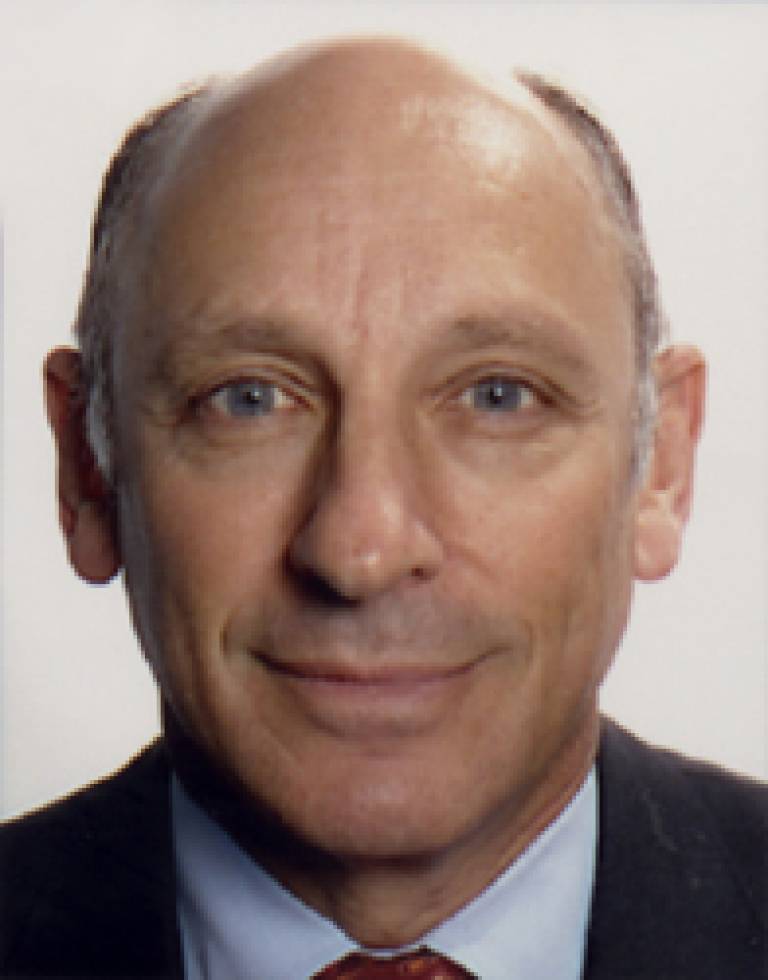 Following the recent generous award by the Wolfson Foundation of £1.5 million for sophisticated equipment in the department, the Medical Research Council (MRC) has renewed Professor Pepys's Programme Grant until 2009 in the sum of £1.8 million. He has held this grant continuously since 1979 and it has supported wide-ranging contributions to both basic knowledge and clinical practice related to acute phase proteins and amyloidosis.

At the time of Professor Pepys's move to UCL in 1999, his clinical service in amyloidosis was recognised by the Department of Health as the UK's NHS National Amyloidosis Centre and currently fund it at £1.8 million per year to see all patients with amyloidosis in the country. The Clinical Director of the National Amyloidosis Centre, Professor Philip Hawkins, is co-holder of the MRC Programme Grant, funding of which is particularly rewarding at a time when the MRC has insufficient resources to fund many highly rated applications.

Professor Pepys has also received a new research grant from the US National Institutes of Health, providing $861,200 to support work on novel approaches to treatment of atherothrombotic disease, the process that causes the heart attacks and strokes, which together are responsible for about half of all deaths in the developed world. The studies are focussed on C-reactive protein, a molecule on which Professor Pepys has long been the world's leading authority.

The most advanced drug project involves a compound, designated CPHPC, that targets a blood protein involved in amyloidosis, and dramatically eliminates it from the circulation by a completely novel pharmacological action. As well as continuing clinical studies of CPHPC in amyloidosis patients, a preliminary trial of CPHPC in patients with Alzheimer's disease is currently in progress in collaboration with Professor Martin Rossor at UCL's Institute of Neurology.  Exploiting the powerful new mechanism that has been discovered, drugs to target other pathogenic proteins are making good progress. Inhibition of C-reactive protein may be useful in patients who have suffered heart attacks or strokes, reducing the severity of the damage.

At the other end of the spectrum of disease, work is proceeding on treatment of very rare, untreatable and universally fatal forms of hereditary amyloidosis. The intellectual property and proprietary knowledge is vested in a UCL 'spin-out' company, Pentraxin Therapeutics Ltd, with the aim of commercialisation to make these novel therapeutics widely available.

To find out more about the work use the link below.